Apple's iOS 11.2.2 Comes With Many Surprises And Questions 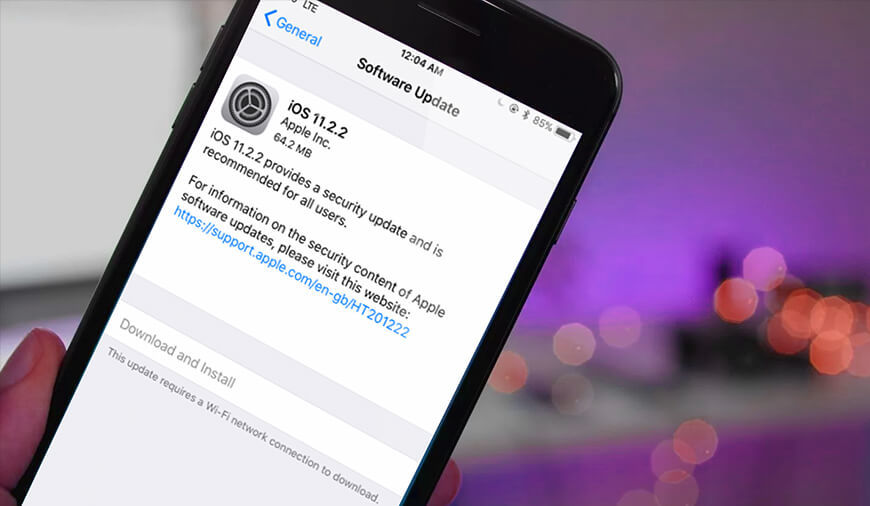 Last Monday, Apple has finally released the most awaited update, iOS 11.2.2 upgrade for fixing the issues. But, it seems that the update is way more surprising and unexpected than we thought. As we discussed earlier, the upcoming updates are important after Apple admitted that it has throttle down iPhone’s performance for its degraded battery. Now, the latest update is making news due to its different effects on different iPhone users. The feedback from the users has raised curiosity over the latest iPhone update.

Where Apple released iOS 11.2.2 has slowed down the some of the iPhone performance, other users have reported that their phone’s speed and performance has improved after updating. In most of the cases, the performance of the iPhone drops by 50 percent while others have experienced exactly opposite. According to few other iPhone users, once they update their phone with iOS 11.2.2, the performance surprisingly increased by 30-40 percent. The different group of iPhone user's against the same update is quite strange and the reason is still unclear.

Seems speed has been restored after updated iOS 11.2.2 on my iPhone 6. pic.twitter.com/ZolGStUpNb

Melvin Mughal, a developer has uploaded the performance test of iPhones after the update on his website. According to him the performance of his iPhone 6 fell down by 41 and 39  percent for single-core score and multi-core score respectively after the iOS 11.2.2 update. However, he updated his iPhone directly from iOS 11.1.2  skipping iOS 11.2.1 but that shouldn't be a point of concern. The majority of the users believed that the mitigation to Spectre, the hardware vulnerability is the reason behind the performance slowdown. Moreover, Apple has already warned the users about the impact of the fix may hinder the performance by 2 to 2.5 percent.

Ironically, some of the users have experienced performance improvement, though the number is very less. Even after getting criticized for the performance throttle, Apple did not keep things transparent with its users with the iOS 11.2.2 update. It seems the Apple has to make sure thoroughly about the new updates and fixes by reconsidering the process before making it public. Recently, Apple’s macOS High Sierra was also spotted with an App Store preference bug that gives access to the user on entering any password.

PREVIOUS Apple's Siri Is No Competition For Amazon's Alexa, Proven At CES 2018