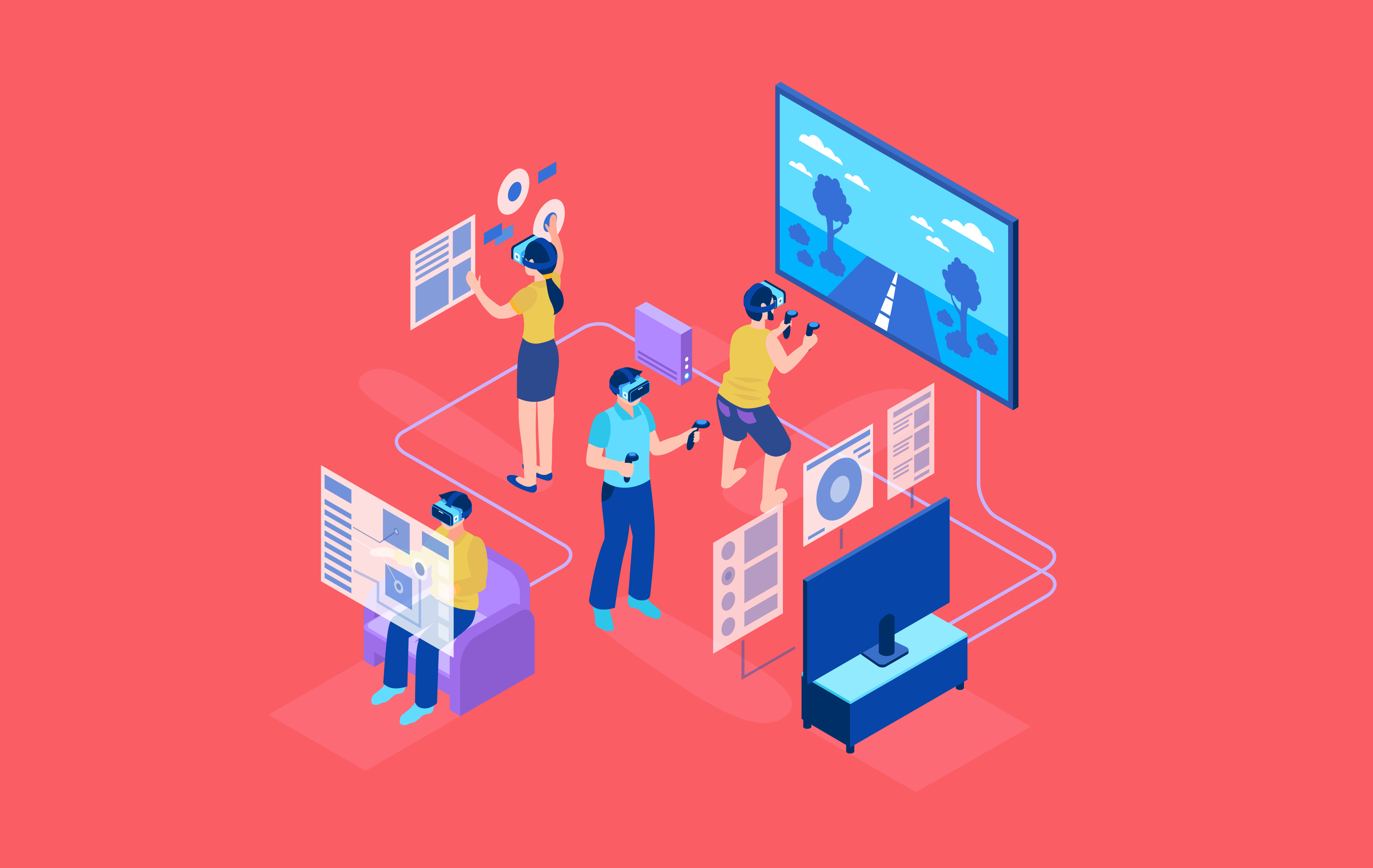 Virtual Reality (VR) and Augmented Reality (AR) are still in the very initial stages of their potential. With Samsung and Sony’s PlayStation VR headsets gaining a lot of attention over the past few months.

The adoption of VR technology by the smartphone means that there are going to be boundless technologies and applications in the near future, which will be accessed by many all over the world. With the VR and AR technologies at the very beginning of their long and triumphant journey, it is interesting to see what the future has in store for us.

VR: The next computing platform

The focus of AR and VR has shifted to gaming, entertainment filmmaking industry, offering the ultimate real-world experience through powerful applications, but in a recent interview the creator of Facebook, Mark Zuckerberg, believes that Virtual Reality could be a good next step for business and computing.

By surpassing any of our current expectations and boundaries, VR could, in fact, be a great candidate for the next generation of communication technology and computing platform.

It’s undeniable that photos and videos are becoming rich and more poignant in terms of words and text. So, if this technology could be harvested to complete social communications, in a more sensory “FaceTime” style, then this could be huge for the market.

Again, VR is still in the preliminary stages of its success, and because of this, it will take quite some time to gain real traction within the market and stop being a novelty. Zuckerberg estimated that it will take between 5-10 years for this technology to infiltrate the mainstream market and be used in everyday life. The technology and applications are currently quite limited and with the progression of the program, will come the progression of the technology’s popularity.

Famous brands such as Facebook, Sony, and Apadmi, have research teams working to devise perfect applications to fit in line with consumer interest. Facebook is currently in the process of shutting down between 200 and 500 demo sites because of a lack of public interest. The future of VR is a slow and painful process, but it will be worth considering in the end.

VR technology offers an alternative outlook to the world, the user can immerse themselves in far-off destinations from the comfort of their own homes. VR offers the opportunity to explore far off, hostile and interesting environments, such as the Amazon rainforest, under the sea, and event space, giving users the opportunity to create new memories and have real experiences.

Moreover, filmmakers, explorers and documentary makers believe that VR may even be used to capture home movies and videos – which is almost bridging the gap between memory and reality in a virtual world. This is currently just an idea, but could certainly be a reality in the future.

For the moment, VR and AR remain only in the visual and auditory senses, but these could potentially be enhanced in the future. If developers and creators can find a way to tap into our other senses, then the notion of virtual reality will become blurred, and the notion of reality will be more believable. Sensory VR is quite reminiscent of the 4D cinematic experience, where touch and smell are incorporated.

The advancement of technology will see the technological ability, so as the popularity of VR headsets and devices grows which ultimately increases the potential for a more immersed and in-depth experience. Developers who build VR-based solutions are already thinking about how this technology can go from immersive to fully interactive over the coming years.

The Virtual Reality market is set to climb to approximately $22 billion by 2020, which will include the sale of both hardware and software applications. If this figure is combined with AR, the market is set to be worth a staggering $121 billion, with the potential for even further future growth.

One of the great aspects of becoming a potential investor for VR and AR is the fact that the process is slow-burning, yet successful, so the time for investing and the opportunity to benefit hasn’t passed.

There are still many uncertainties in this market, but the extensive research conducted by several industry experts suggests that there is going to be a definite incline in popularity, success, and profit in the coming years.

VR is at the very conception stages of being introduced commercially, from the Sony PlayStation headset to the HTC Vive, to the Samsung Oculus, very few are currently in circulation and being used on a daily basis, but rather for more novelty entertainment purposes.

But as the hardware and software for the technology advances, consumer interest will peak and there will be an influx in purchases that automatically make VR and AR technology the mainstream to be used in everyday life.

PREVIOUS Bugs and the Bottom Line: A Rare Look at the Cost of App Instability in 2021

NEXT Custom Mobile App Development in 2021: A User's Guide That Explains Everything

As humans have progressed towards the 21st century, science and technology have also gone through the same evolution. We have invented and discovered impeccable scientific techniques which help us in different ways. Undoubtedly, technology will assist in the coming years as well. Thanks to ever-evol

Latest Technology Trends That Will Impact Businesses in 2021

Let us start with 3 (recurring) questions-Q1) Are you aligned with a frantic adoption rate of new digital technologies?Q2) Does your business have a strong foundation for SMAC (Social, Mobile, Analytics, and Cloud) to incorporate the current trends in technology that’ll drive the post-