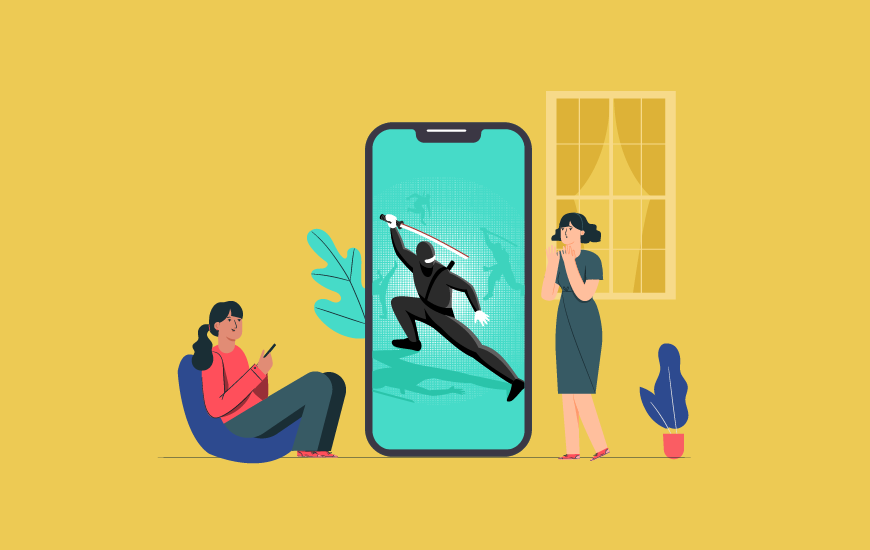 The world is full of gamers with varied interests. Some play games that require tactics, while others cling on to racing or simulation games. There are multiple gaming apps that feature amongst the best and who knows which ones to pick better than the gamers themselves?

Well, be that as it may, here’s another fact, the single character game or action games are now slowly fading away and are getting replaced by games of other genres like RPG (role playing game). Interestingly, RPG games were one of the first genres to hit the Android domain, but it's craze has started to influence the games lately.

Role playing games are a story-driven experience that comes packed with many facets like the wonderful storyline, crafting characters, playing storylines, and the game is a mix of many other characters that add the much-needed excitement in the game.

For your ease, we have tested some of the most famous RPG games that are worth your time. Here is our roundup of the best RPG Android games that will bring up some new colors to your gaming world.

Create Your Tactics in an Epic RPG Battlefield

The Banner Saga is a tactical RPG battlefield where the choices made over the course of the play directly make a difference in the gameplay and significantly affect the outcome of the play.

The player starts as a leader who needs to save people from the wrath of enemy clans and vicious Drudge soldiers. The fantasy realm incorporates the myths of Vikings and bastions that are abandoned by the gods.

The Banner Saga is a 2D rotoscope animation RPG game that has hand-drawn combat sequences and soundtracks composed by Austin Wintory, the Grammy-nominated composer.

There are more than 25 playable characters and every character has a unique personality. The characters are from 7 different classes with different upgrade options. 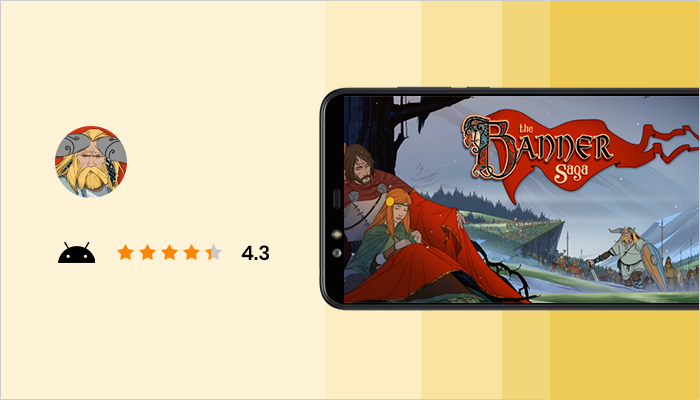 Notable features of The Banner Saga, one of the best RPG games:

Another of those best mobile RPGs, the Fire Emblem series by Nintendo has been ruling out the smart device's gaming for the past 25 years, and still, it's going strong. The action-packed RPG game is precisely customized for touch screens and has brought all the characters from the Fire Emblem universe.
The player starts his journey from an ongoing battle where there will be existing heroes and many other battle-tested Heroes directly from the landscape of the Fire Emblem universe.

The RPG game is not a cakewalk to complete, as it contains more than 700 episodes and with every successful completion of the stage, the player will be rewarded with Orbs, which in turn can be used to summon heroes.

To help the beginner, the game has an auto-battle option, which will automatically summon the characters as per their needs. 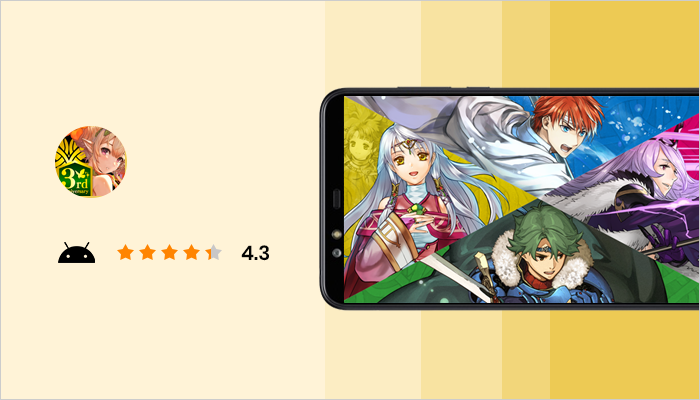 Notable features of Fire Emblem Heroes, one of the best RPGs of all time:

Intense graphics, engaging game-play and battles you’d love to handle, all this makes Darkness Rises as one of the best RPG games of all time. The storyline of this game goes somewhat like this- you are the savior of the world, the fate of your world lies in your hands and you must protect it from the demons who have come from hell. So you head to hell itself in order to defeat the demon and save the world. 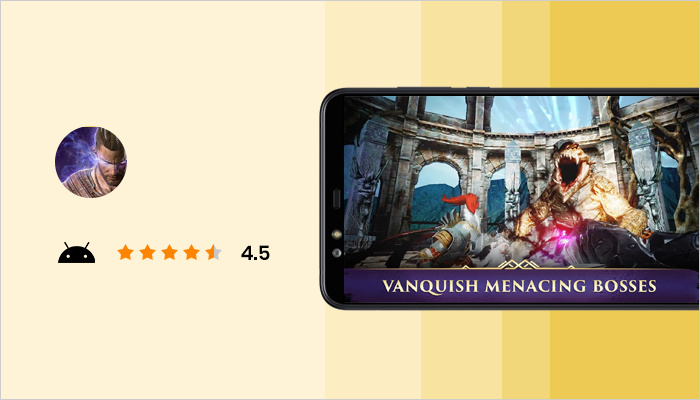 Notable features of Darkness Rises, one of the best games for Android:

Relive the Adventures of Fantasy

Featuring amongst the best fantasy games, this RPG Android game is set in a very dramatic environment. The Tree of Mana, around which the whole story is weaved, stands high atop Mt. Illusia, which survives on the celestial aether. As per the saying of legends, whoever is able to lay his hands on the trunk gets the eternal power of Dark Lord of Glaive.

The player is given the role of one of the gladiators who along with his companions are made to fight the beasts to amuse the Dark Lord. To make the game more exotic, the players are thrown again and again onto the battlefield to fight.

With so much going on in the game, the action RPG game is easily one of the top free RPG games to play. 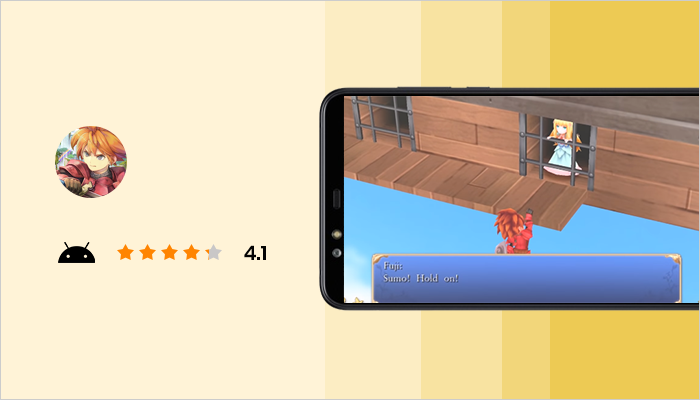 Notable features of Adventures of Mana, one of the best Android RPG games:

Feel the Excitement of Full KOTOR

Star Wars: Knights of the Old Republic is a heroic game that has earned its name among gamers across the world and finally, the game is launched for mobile users as well. But to maintain the aura of the game, the RPG game offers the same experience as that of the original.

To make it happen, the game size is large and requires some patience to download. Once downloaded, the Star Wars game can be fully enjoyed on the mobile device.

The story revolves around the Galactic Empire, who’s Jedi Knights are put to fight against the Sith and the player is the last hope of the Jedi order. With all the mighty skills, the player is expected to free his kingdom from the clutches of the dark side.

The RPG game includes unique characters, creatures, vehicles, and peculiar planets. There are Star Wars characters like Twi'leks, Droids, and Wookiees, which bring the full essence of the epic space opera. 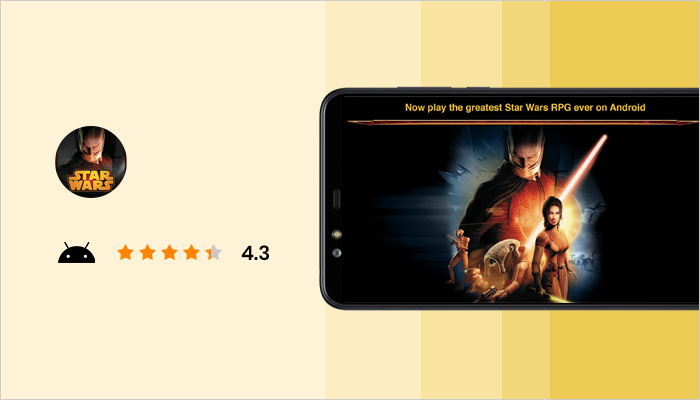 Notable features of Star Wars: KOTOR, one of the best RPG games online:

Chaos Rings was first introduced in 2010 and since then, the RPG series game is a craze among gamers. There was a lot of appreciation from the gamers and with that, the Chaos Rings team came up with Chaos Rings Omega in 2011 and Chaos Rings II in 2012.

Chaos Rings III again refined the gaming experience and was packed with a deep storyline and high-quality soundtrack. The soundtrack of the game holds a special place, as it has been downloaded over 1.1 million times.

The storyline of this game involves a floating continent high in the sky, where the player plays as a character who aims to fulfill his dreams and desires. The player will get to see unexplored lands, monsters, hidden treasures, and much more. 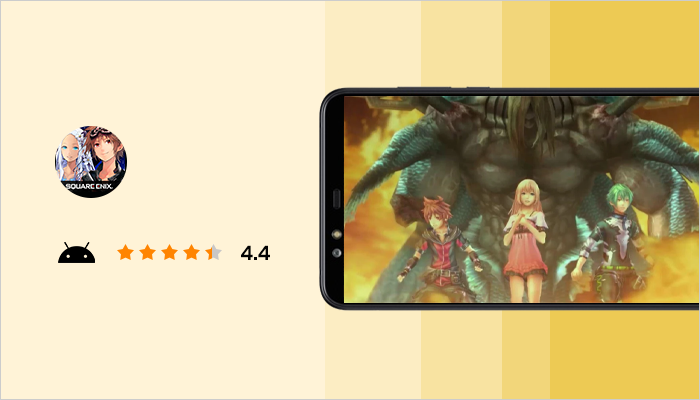 Notable features of CHAOS RINGS III, one of the best RPGs of all time:

Eternium can be compared to the great classics and is one of the best free games for Android. The RPG game is quite easy to play with its controls like “tap to move” and “swipe to cast,” the game is a perfect breeze.

To help the users during the offline period, the game lets the user download the content which can help them in offline mode.

Its tap-to-move control makes it more like a vintage point-and-click Action RPG game and is better than thumbsticks any day.

Eternium action RPG game comes with in-app purchases and is all up to the player whether he wants to buy additional stuff or not. Other than that, the game is free to play.

The one thing that sets this game apart from similar role playing games is that the best things in the game can be obtained by playing and not paying.

After launching this best RPG on Android, the game developers later added other features like real-time multiplayer, town portal, and a fourth world. 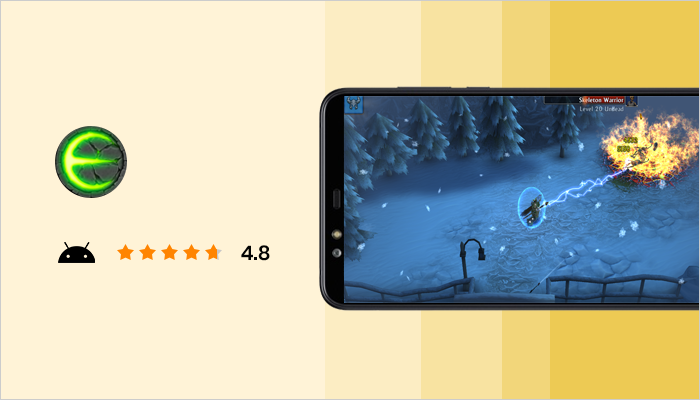 Notable features of Eternium, one of the best RPG games:

Seeking the People Once Thoughts Were Lost

Another of those iconic free RPG games that will excite you, Aralon Forge and Flame is a true game of adventure and excitement. With real-time shadows and a whole different world to explore, downloading this game will lead you to world adventure where you journey across diverse continents and landscapes in order to find people who were once thought to have been lost forever. 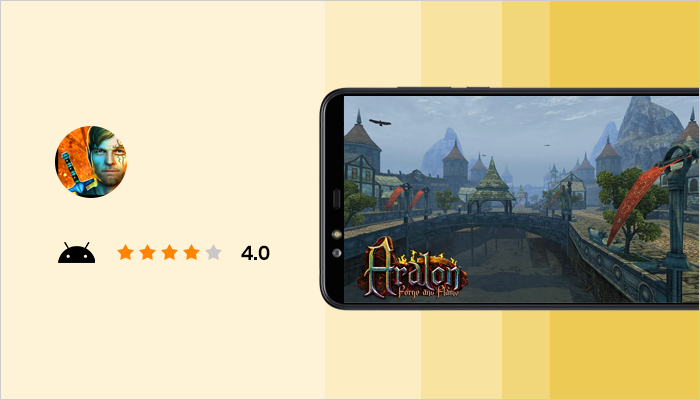 Notable features of Aralon: Forge and Flame, one of the best role playing games:

Be the Last Hope for Humanity in an Epic Adventure

Much like many other RPG themed games, Heroes of Steel RPG Elite runs on a storyline where the player is the last ray of hope of humanity and sets his journey in the post-apocalyptic medieval world of Steel.

But, unlike other games, where the player has to build a party of four characters and combine unique talent in all the characters to make them help in materializing the strategies. There are over 60 levels, in which, the characters can be transformed into legendary heroes.

The game includes four episodes and over 120 hours of episodes, in which it witnesses battles across various terrains. 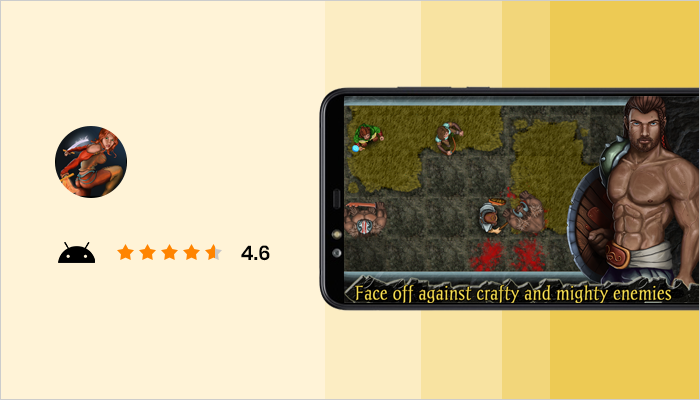 Notable features of Heroes of Steel RPG Elite, one of the best free online RPG games:

Save The World Once Again

One of the best Android games free to use, Final Fantasy Record Keeper is another of those gifts of RPG where you relive the moments of your Final Fantasy once again. So you get to relive every moment and save the world once again.

One of the most sort-after RPG sagas available to play on mobile, the Final Fantasy series, starts from its very first release on December 18, 1987, and until now, there have been twelve different gaming series of this excellent RPG.

The game is a mix of adventure and sci-fi/fantasy saga where the player is expected to help Cloud and Cecil to stop Sephiroth and Golbez. The game seems like a piece of heroic battle which is derived right out of Wonderland.

It doesn’t matter if you are looking for medieval fantasy or futuristic sci-fi action, Final Fantasy is simply the best RPG Android game for any platform. 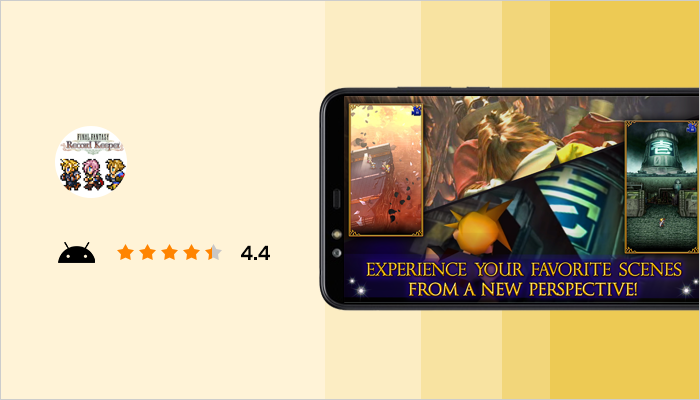 If you are an ardent fan of the role playing games, pick any of the action RPG game and start with your journey into the mystical world and save the world from the fury of the dark side. After all, RPG games give you an ultimate option to be a hero that you always wanted to be.

PREVIOUS MailChimp Acquires LemonStand Amid Its Break Up With Shopify

From old school games like Space Impact and retro Snake of ‘90s, to present day games like PUBG and Clash of Clans, the gaming industry has changed drastically. Not only have the gaming graphics become more sophisticated and levels even harder, the revenue from these game apps has also been th

The 13 Best SNES Games You Should Know About

With the introduction of next-generation technology, the gaming industry has evolved exponentially. I still remember to play Max Payne on my PC with very dull graphics and not much of exciting interface.But, now the scenario is changed whether its PC or PlayStation the gaming experience is more