Roundup of the best Password manager apps available for free 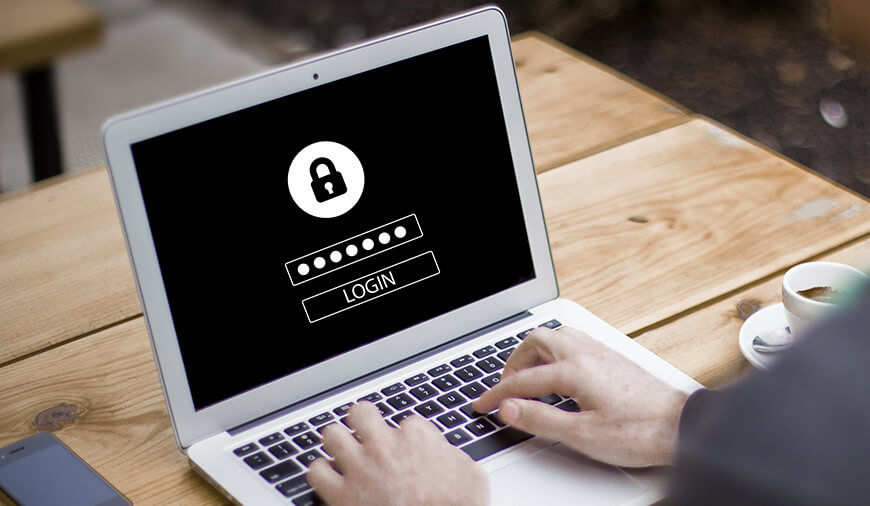 Are you struggling to keep your all passwords safe at one place and making mistakes during sign-in attempts due to having lost them? The technology has taken almost everything in the paperless world that means everything is available either on a computer or on the web.

In order to save, manage and access different information we need security locks to keep them safe. And, not only the information but also to access almost everything on the web we need to remember the credentials. This requires us to remember too many credentials that is impossible and annoying at the same time.

Best Free Password Manager Apps You Can Choose From

True Key is the new generation password manager software with some amazing features. The software is available for Windows, macOS, Android, and iOS along with the extension for almost all web browsers. With True Key, you get the benefit of logging-in with various options including facial recognition, fingerprint recognition, Windows Hello, and two-step verification.

The best part of the tool is that you don't need to have a master key for saving all credentials like other software, just use one of your devices to access it. However, there is a limitation in the software as you are allowed to save only 15 passwords. 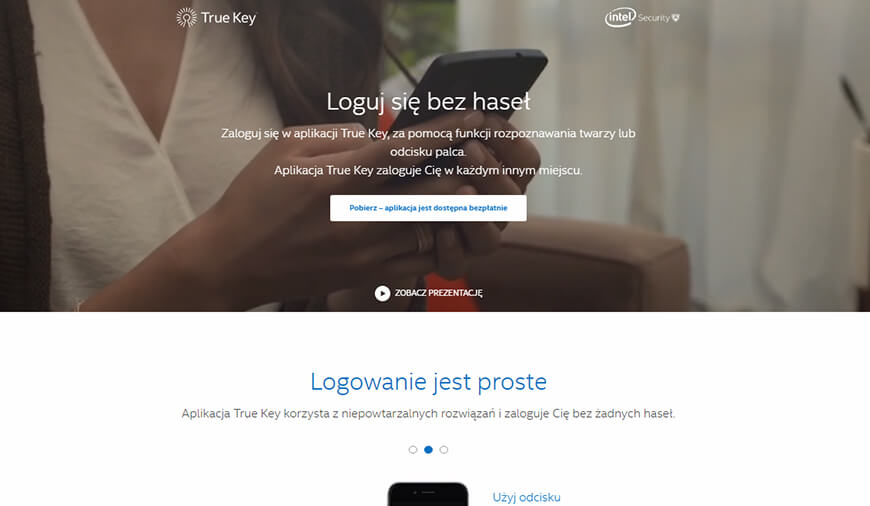 The next password manager app in the list is Sticky Password which is available for Windows, macOS, iOS, and Android. The software is known for strong encrypted security against all the possible attacks to prevent your passwords from getting hacked. Sticky Password also offers features like automatic import and export of the passwords via the web browsers.

You can also avail of the benefits such as form-filling and support for biometric authentication like a fingerprint. The Sticky Password also offers a paid version that contains additional features like cloud backup, cross-device sync, priority support, etc.

Dashlane is another prominently used password manager software that assures safety to all your password details. The software is available for Windows, iOS, Android, Linux, and macOS devices. Dashlane protects your information with smart AES-256 bit encryption against any potential harm.

With the help of the software, you avail the options like form filling, two-factor authentication, automatic log-in. In addition, the software also offers you the choice to save your debit/credit card or any other payment details. The software also has the password generation tool for the users to create a strong password. 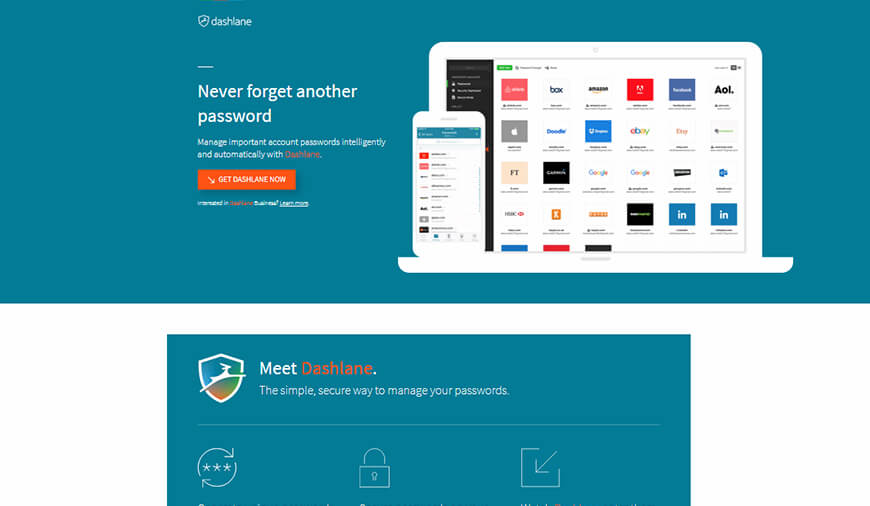 The password management software was first introduced in 2004 and is available for Windows, Linux, and macOS. KeePass stores the usernames and passwords of the users in an encrypted file. The password manager tool includes all the basic features including, passwords saving, two-factor authentication, form filling, and others. KeePass also offers built-in password generators to the users.

While digging for the best free password manager software, we encountered EnPass Password Manager which works great if you want your passwords to be safe forever. The tool is available for the platforms including Windows, macOS, Linux, iOS, Android and Chrome OS.

Along with the security of AES-256 encryption for your passwords the software also offers cloud backup, fingerprint support, family support, password generator, and auto-fill. The EnPass Password Manager is absolutely free for Windows and Linux but while using it in Android and iOS you will have the limitation of 20 passwords. 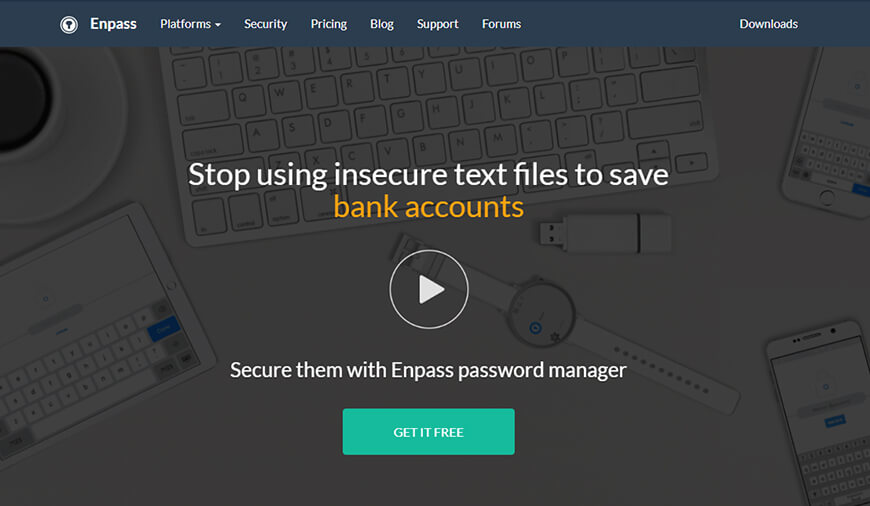 If we talk about the password manager tools, we can not ignore RoboForm. The software is the oldest tool that is still performing well against the new generation software. RoboForm offers unlimited password storing facility with form-filling and one-click login feature.

The tool has also the paid version for the users that come with additional features including the cloud sync. In Spite of being the oldest password manager tool, the user interface in RoboForm is quite impressive.

LogMeOnce is the easiest to use among all the listed tools owing to its simple UI. Other perks of using the tool include the availability of a number of exceptional features in the free version if compared to other password manager software programs. While using the LogMeOnce you get features like two-factor authentication option, password strength report, cross-device sync, biometrics support, secure password sharing, a digital wallet.

One feature that makes it unique is the option to add a beneficiary that also comes with the free version of the software.

If you are looking for a free but the best password manager app that contains all the basic features then this is the best choice for you. Symantec Norton Identity Safe is the only available free password manager that comes with almost all the required features for users. The app has no paid version so you will be getting all you need free of cost.

The tool helps in the password generation with the built-in tool and also has one-click login functionality. However, the tool has some issues with the updates as it doesn't get the updates from the makers frequently. This leads some of the users to look for another option. Symantec Norton Identity Safe comes for Windows, macOS and some other OS.

LastPass is one of the most popular and commonly used passwords managing app. The app saves all your passwords to its cloud-based storage secured with encrypted security systems. The software offers a number of features including the form filling and automatic password capturing.

LastPass is also capable of importing the data either from browsers or from other password manager apps if you are switching. The extension for the LastPass is available for Google Chrome, Mozilla Firefox, Microsoft Edge, Apple Safari, Opera. 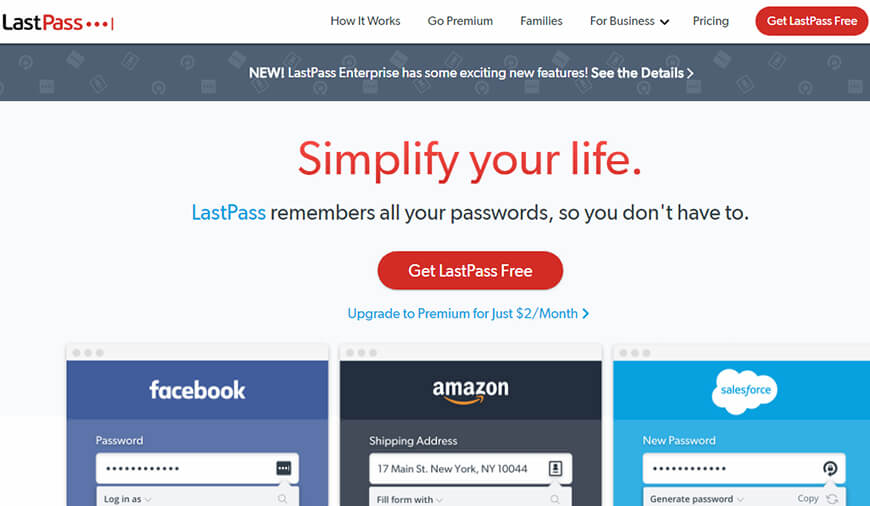 Last but not the least in the list, ZOHO vault comes for various Operating systems including Windows, iOS, macOS and other operating systems with the support for almost all web browsers. It comprises the ability to save the user’s password with the help of encrypted files that are impossible to bypass.

The free edition is available with two-factor authentication and it also permits sharing logins between the users. However, there are some drawbacks to the tool that puts it behind other available password manager apps. It lacks the ability of automatic form filling and does not import the passwords from web browsers.

PREVIOUS 'View Image' Is No More Available With Google Search

Grocery shopping is one weekly errand that most of us really don’t like much. The trouble of going to multiple stores, looking for offers at multiple places, juggling within your shopping lists, simultaneously pushing a cart, and waiting in long queues for billing, is quite bothering.

“One good thing about music, when it hits you, you feel no pain.” ― Bob Marley. A well said statement!Music is love and it can heal any wound; whether you had a bad day or want to fuel your emotions, a song can do the trick. We all need music in our lives, and mobile app technology

Tinder, Tinder, Tinder!Who doesn’t know about Tinder? Tinder is a location-based social search mobile app that helps people meet each other. The dating app has been in the market since 2012 and has made a name for itself among the youngsters.Due to its immense popularity, many

Claiming Android the best platform for playing games won’t go wrong owing to a variety of reasons. First, it offers the games under a variety of genre and second the functionality of these games are truly amazing. And, the best thing, there is a game for everyone. When you are playing local mu

Best Valentine's Day Apps 💝 To Accent Your Love Life in 2020

As told by Charles M. Schulz, ‘All you need is love. But a little chocolate now and then doesn’t hurt.’ But what about adding a personal touch through a message along with that chocolate for your loved ones? You would surely love to wrap your love in a few wor