Around 35% of women have experienced either physical and/or sexual violence. 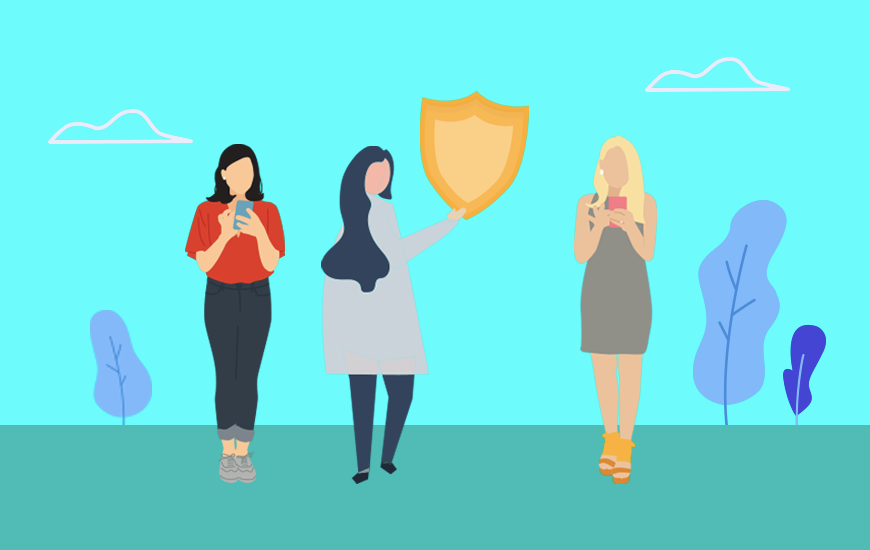 Women safety is a prime concern in today’s world, considering the spurt in the number of incidents and crime rate against women, especially in the metro cities where women have to stay out for long.

According to a 2015 research report by Cornell University, around 85 percent of women had faced some or the other kind of harassment before moving out of their teenage years.

As women need to travel late at night sometimes, it is important for them to stay alert and safe. The government regularly takes necessary measures to ensure women’s safety. However, it is still important to take the matter into your own hands and download safety apps for women.

We have compiled a list of the best safety apps for women that offer many helpful features and functionalities. Take a look.

SafetiPin is among the best women safety apps that work exceptionally well. The app serves basic functions like tracking the GPS location and calling emergency contact numbers in case of emergency. Due to its popularity among the masses, it’s also considered as the best app for women's safety in the United States.

Besides, the app also shares locations of safe places nearby that the user can go to in case of emergency. The pinned locations are marked with safety scores to know how suitable it is for women.

Users can also pin unsafe areas to help other female users. SafetiPin is available in various languages like Hindi, English, Bahasa, and Spanish. 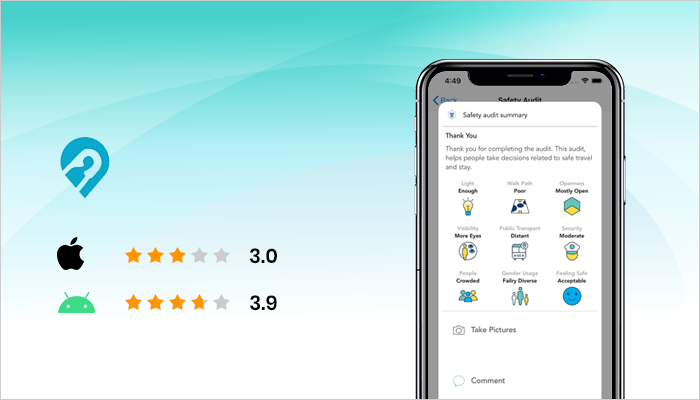 Notable features of the My SafetiPin app:

Most safety apps send an instant message to the emergency numbers, but this app offers one more safety feature, which sends the email to preconfigured contact email IDs along with the location and a link to Google Maps.

To add more valuable information to the sender, the security app captures two pictures from the phone’s camera; one each from the front camera and the back camera, along with a video or audio clip. This information is also emailed to the pre-configured email IDs. 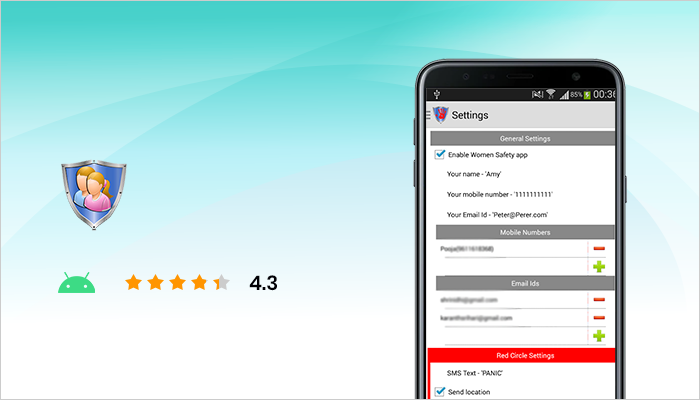 The free women’s safety app works really well to ensure women security by giving the guardians and friends a channel to know the live location of the user. The user can leverage the SOS service in distress situations which will send the message along with GPS location to all the emergency contacts.

The app creates a network of guardians who will know the user’s location all the time. Moreover, the app records and send audio and video messages to the guardian group and it makes sure that the information doesn’t get lost. 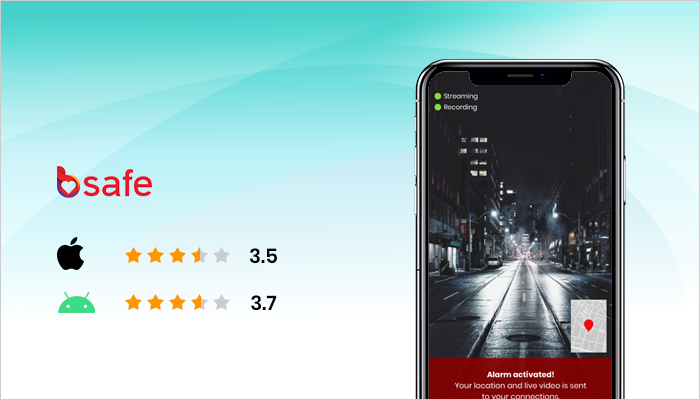 Notable features of the bSafe App:

A women safety app that lets you send unlimited messages to the users who have already installed the rescuer app. The Rescuer app will also help to call two people so that they can reach the respective spot to rescue the person in danger.

If the user is in danger all they have to do is open the app and press the emergency tab the application will automatically send the user’s location to five people in the user’s contact list. 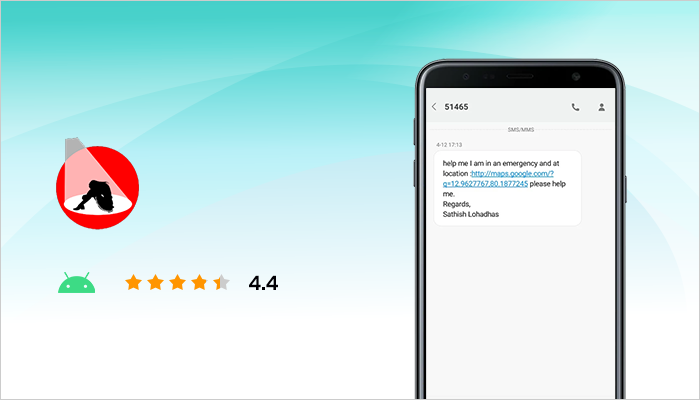 Notable features of the Rescuer App

CitizenCop is a security app that is ideal for reporting a crime at the earliest. So, if a woman is stuck in an emergency where she is in danger, or she feels some other person is in danger, she can immediately report the incident.

The app is designed keeping in focus the well-being of the people, especially women. Many times, it becomes a task to report the crime to the law enforcement department; so this app bridges that gap efficiently. 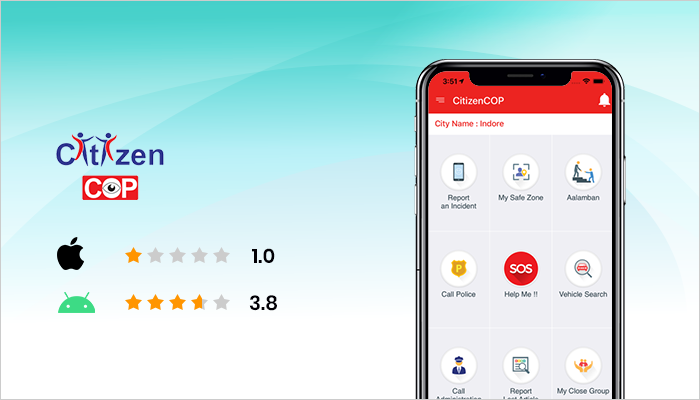 Notable features of the CitizenCO App:

Life 360 app follows the mantra of connecting people who matter the most. The user of this women security app syncs all the family members into one place and thus avoids multiple text threads among the members. The female safety app also notifies the app members when a person reaches his destination and if he/she gets late, the family locator advises the user.

Its state-of-the-art GPS location technology helps in tracking the real-time whereabouts of all the members. To keep it simple to track, every member a unique icon on the navigational map. The map can be set private and personal and this way, the members can limit the audience which can track other members. 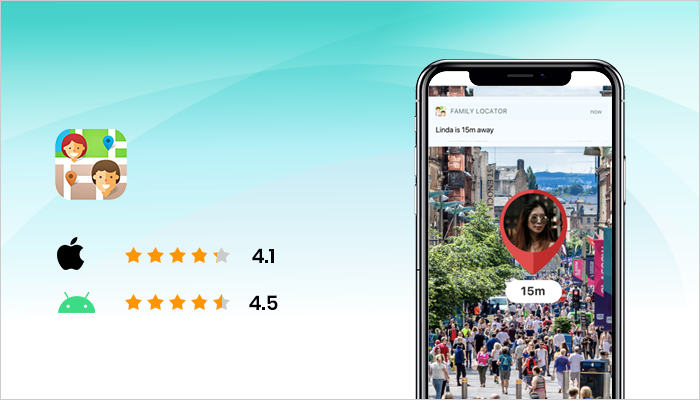 Raksha app is a woman safety app that also caters to the children, elderly people, and everyone else who may come across any issue or a situation. It gives you full track of the user and alters the whereabouts as well.

The app makes use of the GPS feature of the smartphone and when the user hits the “Are you in trouble?” option, the app notifies the intended contact numbers with the exact location. This way, the family members and friends can get in contact in the shortest possible time. 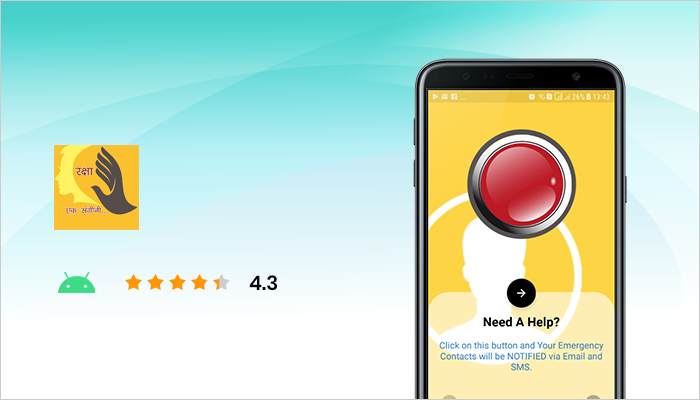 Notable features of the Raksha App:

It’s one of the best panic button apps, which can help people in emergency situations. Apart from women, the app is handy for the personal safety of older people and children. SOS app focuses more on medical emergencies because their team has an extensive network of hundreds of ambulances, trained rescue, and on-ground personnel.

Once the emergency button of the app is activated, the app connects the user to the nearby emergency response teams which can further assist them and at the same time, the government agencies are also alerted 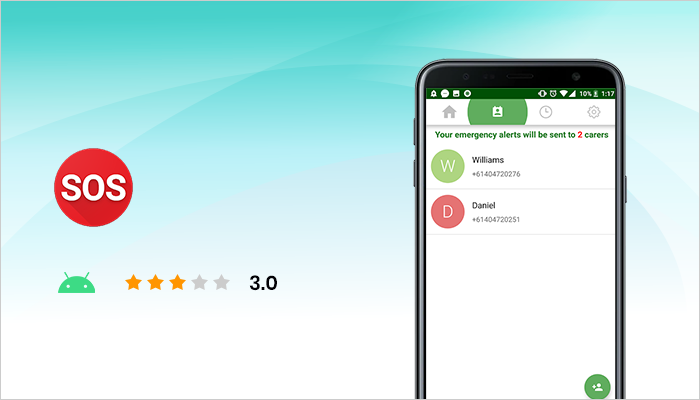 Notable features of the SOS App:

Himmat Plus app was launched by the Delhi Police and is highly recommended for women. The app is easy to use and comes with a user-friendly interface.

Once the app is installed, the user gets the OTP on their smartphone for the verification purpose. After that, if the user feels that he/she is in any danger, they can activate the panic button and the user’s exact location and audio-video data is instantly shared with the Delhi Police control room. 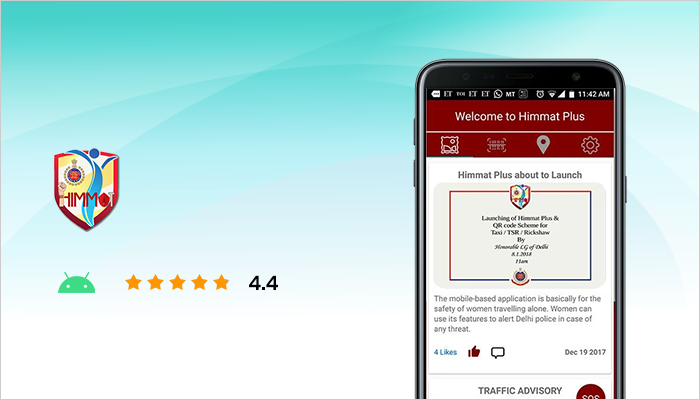 Notable features of the Himmat Plus App:

OnWatch app extends the protection that we get at our home to the outer world as well.  If the app user feels distressed, threatened, or feels the need to access the emergency assistance for physical or medical reasons, OnWatch will get it in no time.

The one thing that set this app apart from others is that the user can include his working information which may include risk, and this way, its central monitoring station will respond in case of an emergency. The user also has an option of informing the team about any allergy, so that, the necessary treatment would be given in medical emergencies.

Notable features of the On Watch App:

Chilla is another useful personal safety app for women. The USP of this app is that it detects woman scream. The user is not required to open the device and run the app, as soon as it hears a woman scream or loud shout, it automatically sends SMS with location and makes a call to the already set emergency contact. The app can also be activated by pressing the power Button five times.

Chilla is a real guardian for women who are in stress. To make the female safety app more useful, the user can further customize the functions to suit her needs. The app can be handy in case of emergencies as well. 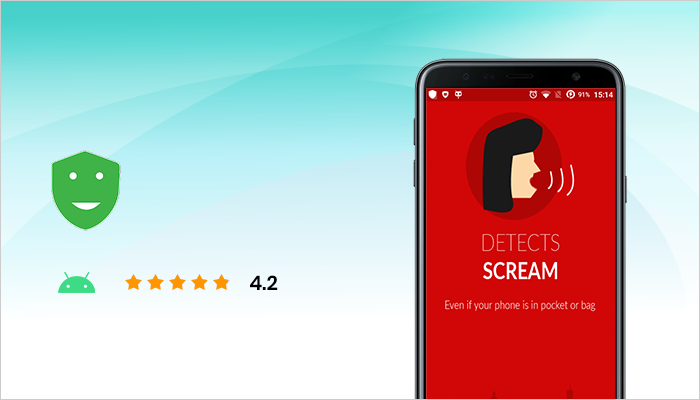 Read panic button is a legit female safety app. The name of this app itself suggests what it does. The user needs to set a number or email address to send a distress message in case of an emergency. The distress message includes the user’s address and location.

The female safety app is free to download, but there is a limit to its features in the free version. For the premium version, the user needs to pay. The features of the paid version include no ads, unlimited panic contacts, Apple Watch integration, photo/video alert message, audio alert message, and more. 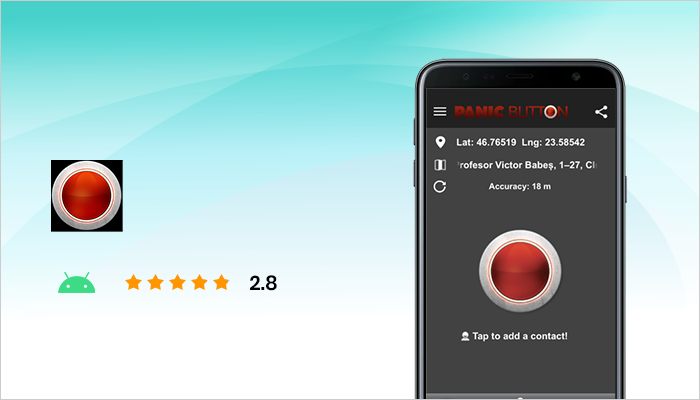 All the apps for women safety mentioned in this article are the best safety apps and offer a number of features which can come handy in difficult situations. For instance, for connecting to the police, Himmat Plus app is ideal, for reporting a crime, CitizenCop, and for syncing the ongoing activities with the near ones, the Family Locator - GPS Tracker seems to be the best.

NEXT Intel Is Redesigning The Processors To Make Them Spectre-Proof

The iOS app store was launched back in 2008, since then we have access to millions of apps. There are probably a lot of prominent apps you all might be using on a regular basis to accomplish your task. But, what about those iPhone apps that have also reached the app store based on their best usabili

Today, smartphone apps are revolutionizing the way people are using their phones. There are apps for almost everything. From booking a cab ride to ordering lip-smacking food and purchasing essential items all can be easily done through apps. However, the use of apps is not just limited to these thin

Google is known for offering an unmatched "personalized" experience. Unfortunately, the service comes at the cost of your privacy as Google tracks your online behavior and gathers your data. Personalization can be a cause for concern, especially when you see highly tailor-made ads and cont