Use one of these top 10 video calling apps to seamlessly video chat on Android. 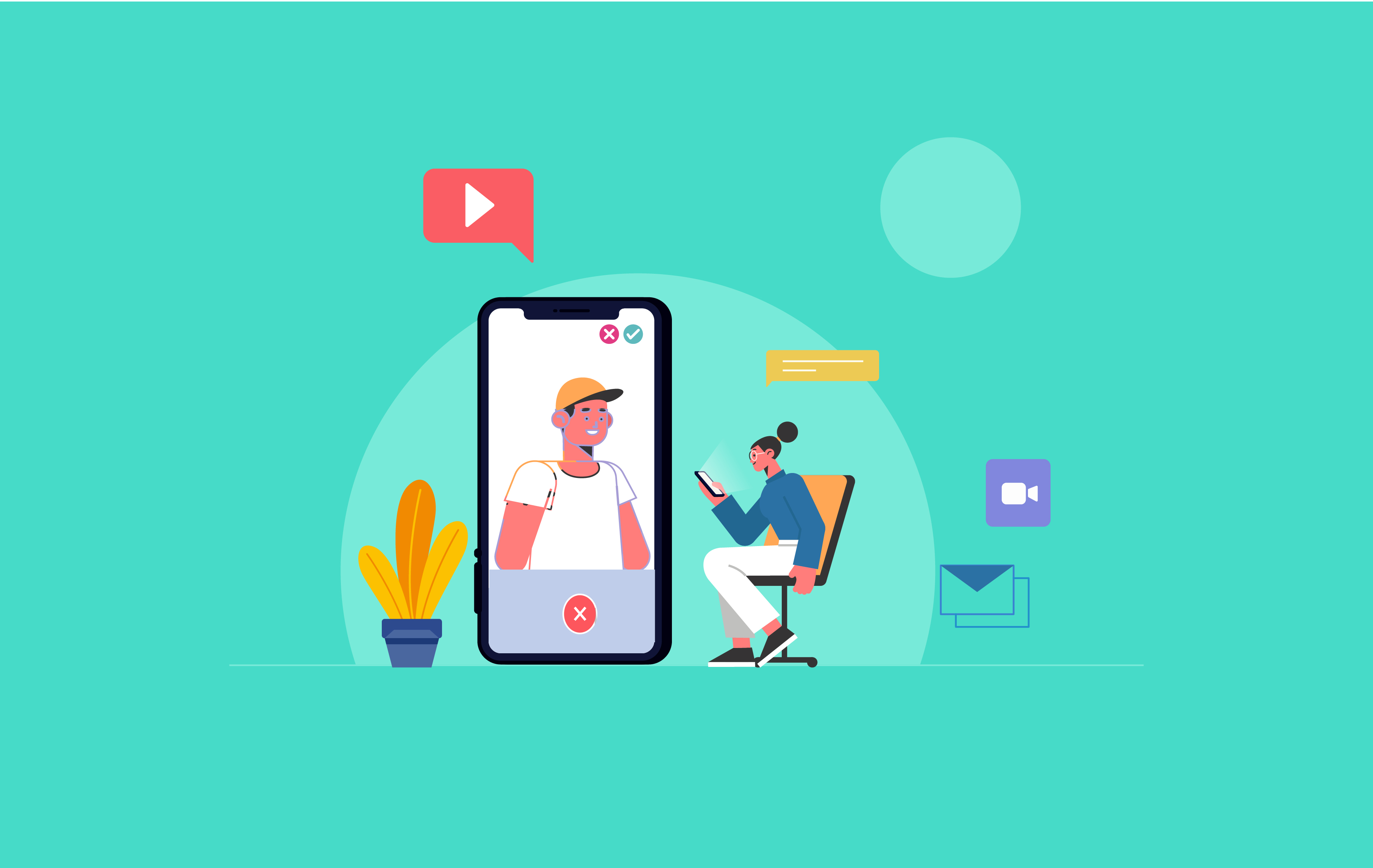 With these ten video chat apps for Android, users can connect with their friends and family, even if they are in two different corners of the world.

It is more than just facilitating a one on one video calling. Slack brings you a calling feature that lets up to 15 people to chat simultaneously, making it perfect for businesses and group calls. The only catch being, the feature is only available for companies registered on Slack’s paid plans.

It offers supportability with almost all devices, including Windows, Mac app, and Chrome. Besides these devices, Slack is also compatible with third-party video apps, like Hangouts and Zoom, and lets users make through Slack. 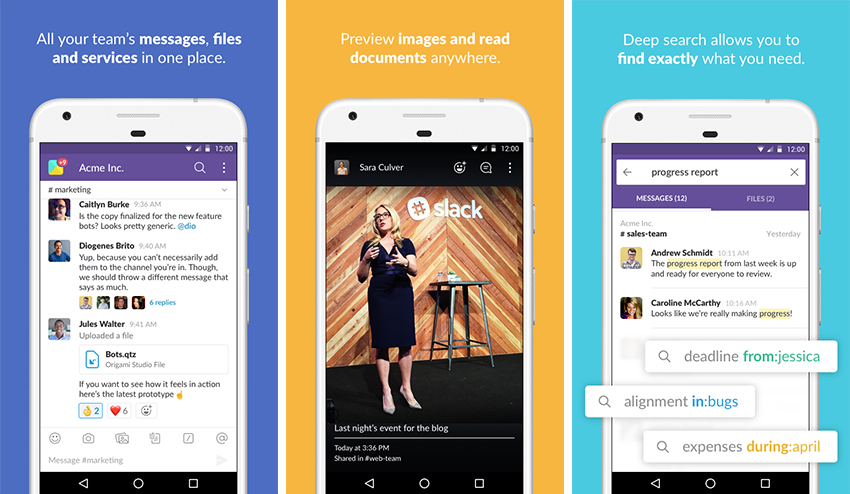 As for users who don’t want to pay, Slack allows them to make only direct calls.

As the world’s number one web conferencing service, the Zoom cloud meeting offers one consistent enterprise experience. Whether you need to connect with your team over a meeting or looking forward to hosting a webinar, the app has it all for you.

The app additionally features cross-platform messaging and file-sharing options that make it easy for professionals to pass information to every single person. There are Zoom Rooms that entrepreneurs can use for building collaborating-enabled conference rooms.

Launched in 1996, ICQ Messenger was created into a time of pagers and palm pilots, a time before Google or Skype. A product of four Israeli high school kids, this app went on to rival the world’s largest messaging apps and is still going strong. 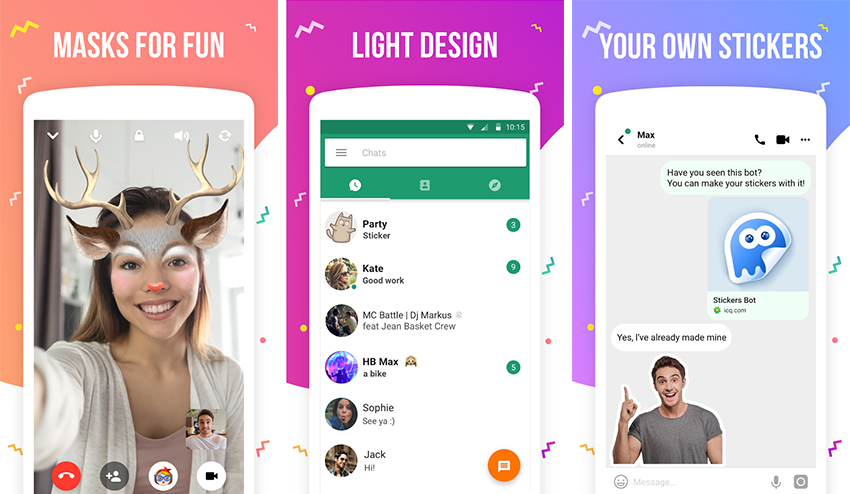 With features like free HD chat, high-quality voice calls, and unlimited international chat rooms and channels via 3G, 4G, LTE, and Wi-Fi, ICQ Messenger is the best for a group chat with friends and family.

You can also control who gets added to the group. Share how you feel with its 3D animated stickers in calls and snaps in Stories and beautify your memories.

As the fastest growing alternative to Whatsapp in Asia, WeChat offers everything a video chat app should include. No wonder, the app boasts of more than 50 million registered users and is one of the most-downloaded in countries like India, Malaysia, the Philippines, and Mexico.

Free Calls & Messages: This app is ruling in all of the US, UK, China, and other south-east Asian countries, and its list of features will answer why is that the case.

LINE is a mix of social, voice, and text functions in one neat package. It not only serves as a social media platform with sections like Friends, Timeline, Chats, but also a series of games, Sticker shop, and Line Camera. 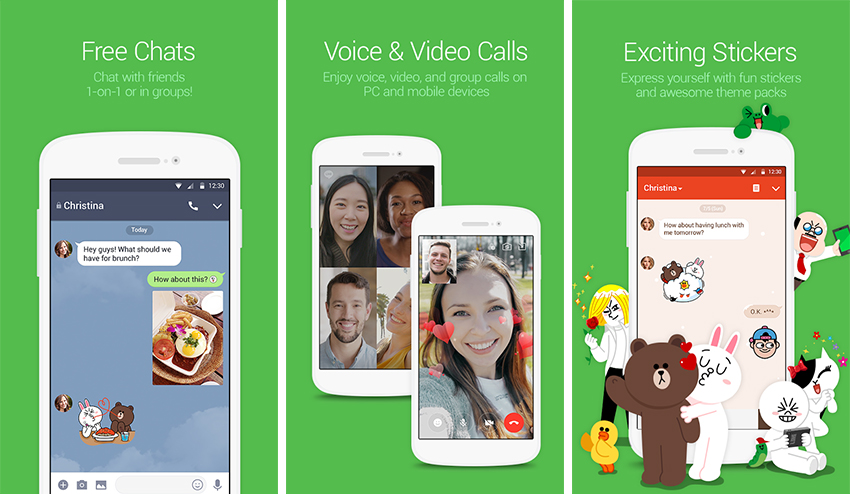 Icons for Line games and Line Camera are integrated within the app. Once you click on them, the app will reroute users to the app store to download them. Similar to Facebook, there is a cover image in addition to a display photo, and an “add a friend” icon in the upper right corner of the homepage.

Users also get their Timeline where they can create posts and also view posts submitted by their friends.

If you have an Amazon Echo smart speaker, you will be hooked on this. You don’t even need an Echo Show with its display screen, choose the contact on your mobile phone. To make and receive video calls through Amazon’s Alexa app, tap on the Conversations icon, and then tap on the Contacts icon at the top.

You’ll find the list of contacts who use and have registered with the Alexa app. Tap on the contact you want to call and then tap on the camera icon to place a video call. The call is routed to the person’s Echo device and to the Alexa app, where you can see each other.

Ever since its genesis, this has displayed a remarkable improvement in a lot of new features. Besides being free, Viber offers supportability for almost all operating systems, and also mobile devices like Blackberry, Windows Phone, Android, and Apple devices. 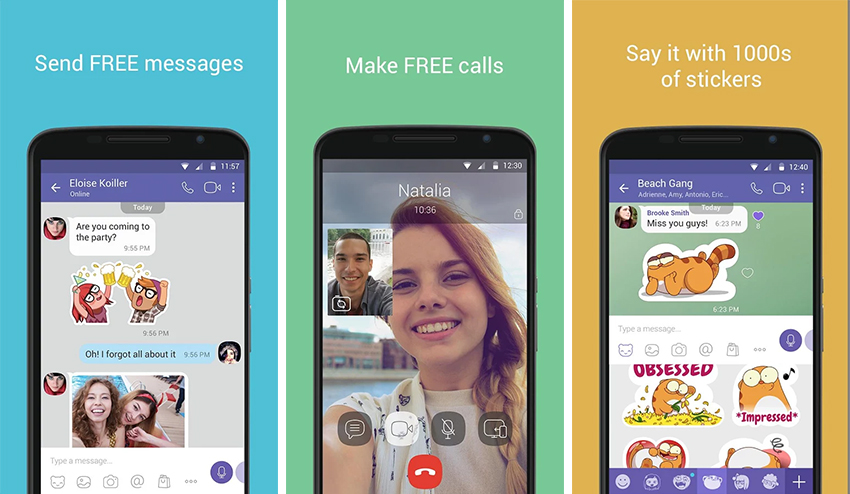 It also prioritizes user privacy and offers secure communications between users by automatically encrypts text messages, video and voice calls, photos, and group chats. Its UI is user-friendly and straightforward as all one has to do click on the Camera sign next to a user’s name and start talking.

The app lets users make free video and voice call over 2G, 3G, 4G, or Wi-Fi connections. IMO offer data encryption and secure the privacy of your call and messages. You can also connect with many at the same time with group calls, send stickers, share photos, and more.

Downloading this app is also light on your phone’s memory space as its size is a little bit more than 5 MB, making it an ideal video calling app for low-end mobile phones with limited memory. Although free, IMO does hassle its users with some sponsored advertisement within the app.

This presents simplicity at its best. Its hassle-free simple UI, although it offers limited features, the app’s efficiency, and some fun features have bagged its millions of downloads. JusTalk with its prime focus on video chatting, lets loved ones connect across the world. It's often popular with young kids as it offers doodling feature while in a video call. 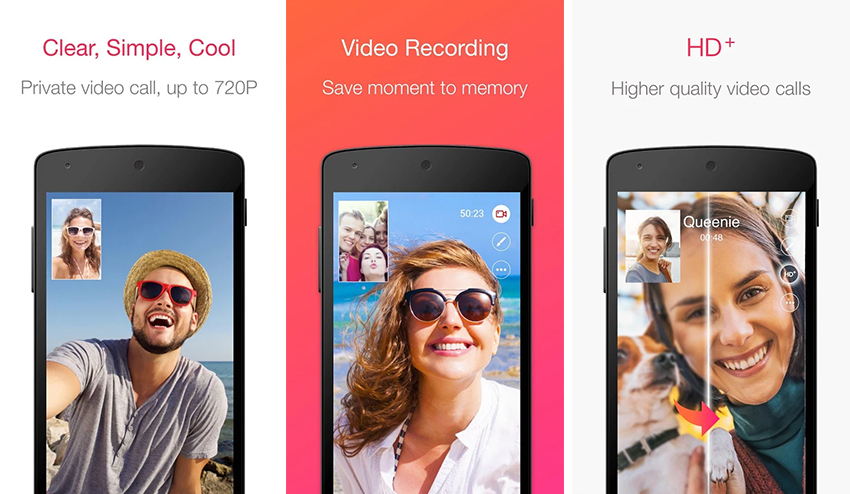 One of the most significant features of Jus Talk is its call recording feature that allows users to record their calls and save them to the album. Although free to download, it contains some in-app purchases and ads.

Tango is not only a featured-packed video chaat app but also a social networking mobile app. Besides offering HD quality messaging service, inclusive of both video and voice calling, Tango lets users share photos, videos, audio, stickers, locations that users can add to their news feed on Tango.

Although group chats can include up to 300 people at once, users can also broadcast live videos on Tango and play games while chatting. Tango consumes way lesser data as compared to the rest of the apps. As a cross-platform app, it offers supportability across many devices, including iPhone, Android, and Windows.

We, as humans, experience life in visuals, colors, expressions, and actions. Why should our communication be any different? While a good morning text from your loved ones surely brightens the day, but there’s no greater joy in seeing their bright smile over a video call.

Humans are social beings, and interactions need to equally social. Video chat apps are thus the source of those interactions, whether it's in one’s personal life or professional.

One of the most popular buzzwords of 2018 was Beacons technology, this was because people are still not completely aware of its full capability in various industry verticals. And today, we will be discussing about one of the segments of Beacons or iBeacons technology that a majority of people still

Browsing and sending messages are presumably the most basic functions our cell phones can perform. And despite the surge of messenger apps flooding your screen, email communication still trumps the realm of online communication.Inbox Report by the Fluent says that three in every five people chec

Best Shopping Apps You Can't Afford To Miss In 2020

Everyone loves to shop, and it becomes even more fun when you get such deals and offers that help you save your hard-earned money too. Well, some prefer shopping from stores while others prefer staying at home and shopping online. So here’s the thing, there are shopping apps today which give t

If the quest for connectivity in your relationship has ended, then you're probably missing out on something very important. Whenever you're in a relationship, you always need to be as connected as you can with your loved one. Mostly, couples make plans to meet each other on a weekly or regul

Audiobook apps are incredibly beneficial, efficient and practical for people who merely want to experience more books into their everyday lives anytime and anywhere – at home, on your morning or evening commute, in the car or even while on vacations.Most of the popular audiobook applicatio