Edward Chen, Founder & CEO, looks back on the grand success of HUD app in becoming one of the top-most downloaded dating apps on the US App Store. In a special tête-à-tête with MobileAppDaily, he shares valuable insights on the female-centric features, ethos, and a perfect recipe behind creating a successful app.

Q1. Edward, first of all, thanks for chatting with MobileAppDaily. Can you introduce your app and yourself to our readers?

I come from a Computer Science background, and while I worked for a number of tech companies after graduation, I never stopped building my own tech startups on the side. Notable ones include YeRite.com, one of the first SMS social networks in the early 2000s, and a photo web app called BuboMe, which at one point had 4 million users and was growing by 20k per day. BuboMe was later acquired by a US investment firm. In 2015 I founded Hud, a commitment-free dating app that now has more than 7 million users.

Q2. What was your prominent inspiration behind developing the Hud app?

I’ve been working in the online dating space since 2012, and I started seeing a trend with mobile apps, and an obvious gap in the market for casual dating and commitment-free apps. There was a lot of demand for so-called “hookup apps” on the App Store, but not many well-thought-out options were available. Hud, which originally stood for “hookup dating”, was launched in October 2015. Right after the launch, hud quickly gained popularity on the App Store, and by February 2016 it reached the top 10 most downloaded apps in the Lifestyle category. To this date, it still remains one of the top 10 most downloaded dating apps on the US App Store.

Q3. From being the founder & CEO of C & Z Tech Ltd. to taking up the project of Hud App, how would you describe this shift? What was the change in responsibilities that you came across?

As soon as Hud was launched, our company growth accelerated exponentially. C&Z Tech was initially a one-man company with just me wearing many hats- development, design, strategy, marketing, customer care, etc, and we quickly scaled up to having 25 employees. Over the last five years since Hud’s inception, I’ve taken on a lot of new responsibilities, such as managing staff, HR, office leasing, payroll, and so forth. Even now, I’m still learning new things, and I think there’s great value in having a hands-on, working understanding of each role in the company. For me and for my employees, the key is to never stop learning. Every day brings new challenges, but I enjoy it very much. 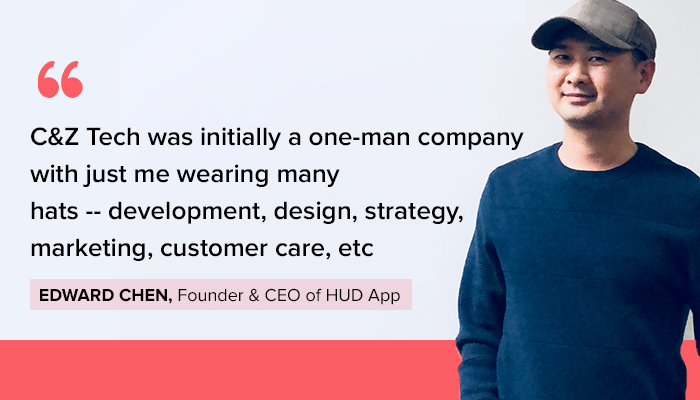 Q4. Today, Hud app features amongst the most popular dating apps on the app store with over 7 million downloads. How do you plan to double down on this success?

We’ve got an ambitious goal, but we’re quite serious when we say we’re fully committed to making Hud the best commitment-free dating app in the world, to continue what we’ve been doing for the past five years. This includes constantly listening to our users’ feedback, and continuously rolling out new features, improvements, and fixes based on that feedback that we’ve collected, and keep improving the app. We work hard to give our users what they want, and we’re invested in ensuring that their experience with Hud is a positive one.

Q5. At the end of the year 2018, the Hud app reverted back to the traditional methods of advertising with hundred billboards over the entirety of LA. What were the thoughts behind that decision and how the results turned out to be?

We’ve always experimented with our marketing and advertising methods and tried to do things differently to our competitors. The billboard advertising idea developed alongside our participation in Amber Rose’s Slutwalk Festival, which takes place in Los Angeles. We decided to place billboards along the route of the Slutwalk march to call attention to Hud’s female-centric features, and to show our support of the Slutwalk cause, calling for an end to rape culture and reclaiming positive female sexuality. It was a unique idea that got people curious to know more about this renegade dating app, and the novelty factor certainly worked in our favor. It was so successful that we also put up billboards in New York City. In fact, there’s still one up in NYC.

Q6. What, according to you, makes the Hud app unique from its competitors today?

There are a few unique features that make Hud stand out from the other dating apps. We’re a non-swiping app, which makes the user experience very different and, we think, more authentic and straightforward. The “Bedroom” feature, for example, allows users to list all their kinks, and we also pioneered female-friendly features such as chat requests, send photo requests, dick pic blur, and our newly launched video chat request and blur safety features. Most importantly, the Hud brand is unique, we’re all about being straight to the point and easy to use. Users sign up and immediately get their matches, no answering 20 questions along the way, and then they can find the matches they like, safely message one another, and meet up if they want to. It’s simple.

Q7. Today, over 90% of dating startups crumble due to their poor marketing. What do you believe should be the ensuring strategy to market a dating app?

I think understanding your audience is key and being open and straightforward will win them over. We’re very upfront about what Hud is and how it works, and our users appreciate this because we give them the experience we say we will. We prize innovation when it comes to marketing and advertising, and we’ve tried a lot of creative ways to get Hud out there, from experimental to experiential. We’ve sponsored safe spaces at music festivals, had a presence at relevant events like WorldPride NYC, partnered with artists like Chris Habana, worked with apps like SAFE, and even branded a rocket with the Hud logo. What all of our marketing has in common is that it’s quirky and straight-talking, like our brand. So I’d advise other startups to try a number of things to find out what will work for you, and don’t be afraid of being different.

Q8. Female friendly features are one of the key take-ups from the Hud app. Do you think making an app more women-centric sets up a new benchmark?

Absolutely it does, and what Hud is doing should be a call to action for women to demand this of all the dating apps they use. The vast majority of dating apps are male-centric, which I think reflects traditional dating and how society thinks about sex. Traditionally, women’s sexual pleasure is misunderstood, ignored, or seen as less important than men’s. We’ve developed Hud to empower women to have control over their dating experience, and our female-friendly initiatives are led by a strong team of female leaders within the company. We pioneered a number of female-focused features that we’re now seeing other dating apps rolling out, and we think this is great. All dating apps should be spaces where women can say what they want and what they’re looking for in a safe, authentic way, and own their sexuality. 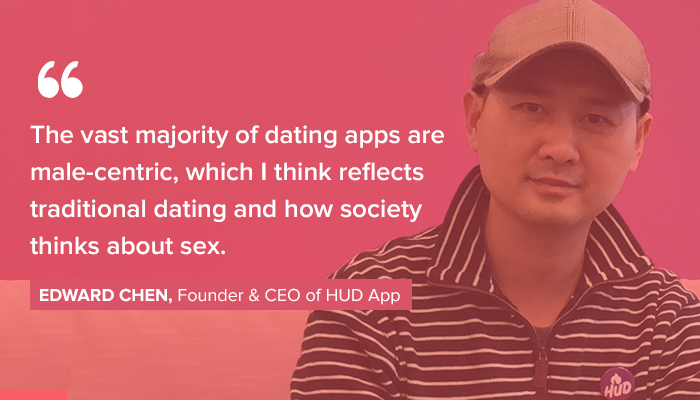 Q9. In a market today where dating apps often mislead users about their future partners, why do you think it is vital for dating apps today, to be honest about what their users can get?

Our whole ethos with Hud is to be straightforward, to the point, and honest about what you want and what you’re going to get. I think that’s just common sense, and I don’t understand why any other dating app would mislead its users. It’s bad business, and it’s bad for your reputation. We’re dealing with human lives, and we have a responsibility to be upfront about their experience with Hud, for their safety and peace of mind as well as our own social conscience. Any app that isn’t being honest with their users is making a big mistake because users are smart and will quickly switch off to them. 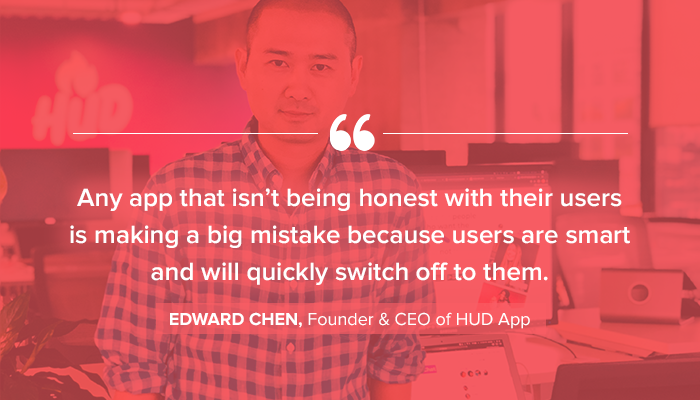 Q10. What do you believe is the perfect recipe behind creating a successful app?

Do your homework, research, and look for those gaps in the market, and aim for the long-term, as everything takes time, even for apps. Yes, we’ve all seen those apps that get to top 10 within a week of their launch, but they’re the same ones that fall right off the charts just as quickly. Growth needs to be sustainable and to get to it, you need to build a brand which is 10 times more challenging than simply building an app. Ultimately you want your app to grow organically, and you need to build a brand to make that happen.

Q11. Being a successful entrepreneur yourself, any concluding message that you’d like to share with the aspiring leaders of tomorrow?

Aim higher, think long-term, and, most importantly, be persistent! I used to be a serial entrepreneur, with several projects going at the same time, just seeing which one would take off. I realize now that I was short-sighted and too tempted by the short-term gains, although I had some successes selling a couple of startups that I founded to investors. But in hindsight, I could have easily kept those startups and built them to be something much bigger. That’s what I’m doing now, with Hud and I won’t stop until Hud becomes another household name among dating apps.