A lot more to see in disruptive technologies, as explained by Dmitry Durach, COO, Onix Systems

Three tech enthusiasts came together to start an avant-garde software firm. One of the trio, Dmitry Durach (COO), opens up to MAD on Onix Systems, disruptive technologies and Ukraine’s IT scenario.

1. You were three tech enthusiasts who ventured out in the world of software and IT development. How has the journey with Onix Systems been so far?

Though we have been in the business for almost two decades, we still have a lot of energy to move forward. IT is an industry that changes all the time, and every day brings us many new challenges.

2. What are your roles and responsibilities as the COO of Onix Systems?

To be honest, COO is just a title. I do a lot of things that CEOs usually perform. My most typical everyday activities include longterm strategy planning, overseeing the departments’ work (Sales and Marketing, Delivery, Finance, Legal). I also do account management for a few projects.

3. Our readers would be eager to learn about your company’s work culture and ethics. Would you like to elaborate?

Peter Drucker once said that “Culture eats strategy for breakfast”. Having a good and healthy work culture is essential for success. We think that culture is about how we make decisions.

Some of the rules we put into the company’s values: Respect, Openness, Uniqueness, and Improvement.

4. There are times when there might be differences of opinion among board members. What coping mechanism does the management conform to when such a situation arises?

Such situations happen sporadically, but after a long discussion, we come to an agreement. I wish I didn’t have to spend my time on those things, so I could put more time into operational management. 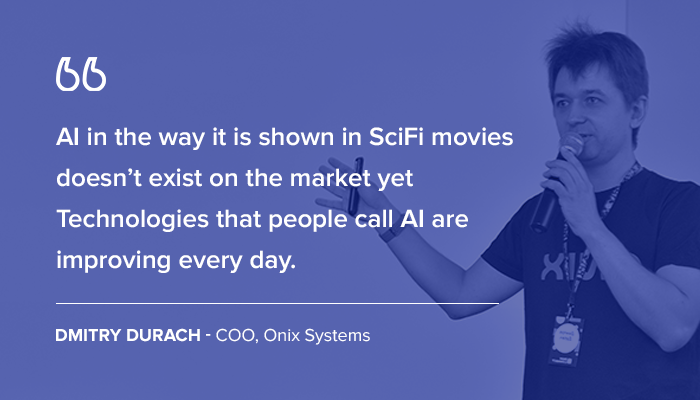 5. There’s a demo video on Onix’s YouTube channel that focuses on interactive training of medical staff using virtual reality. Do you believe that VR will slowly permeate into every skill-based job? Also, can such a thing have adverse implications in reducing manual labour?

I believe that we are at the very beginning of the VR/AR revolution. Education is one of the areas where it can be used and it may “flatten” the learning curve and reduce the number of mistakes and injuries. I think that manual labour will be affected somehow. Also, I’m not afraid of AI taking some of the human jobs. The world is changing every day and skilled people will always be needed.

6. How do you assess the challenges faced by companies to deploy AI for business requisites? Is AI application beneficial for businesses in the long run?

The way Artificial Intelligence is essayed in sci-fi movies it’s yet to reach that level in real life. Technologies that people call AI are improving every day. However, most of them require a lot of investment (like datasets for ML).

AI will be part of every business, but investing in it right now is necessary only if you have serious intentions about this technology. 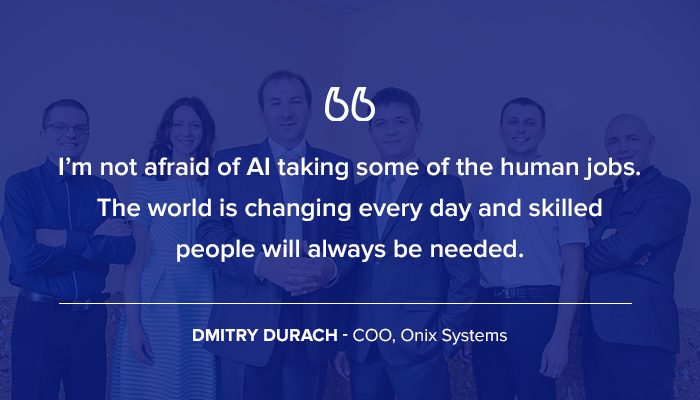 7. How vast is the global IoT commercialisation? What are some lesser-known facts about IoT?

IoT development is also still dawning. The industry’s growth depends on such basic things as battery life, device size and connectivity. As soon those problems are solved, we may expect a revolution. Experts project that by 2025, we will have around 42 billion devices. It is approximately 5 devices per person.

8. There’s been quite a buzz that Ukrainian tech companies are raising billions of dollars via investment. How efficient has the tech industry of Ukraine become over the last decade?

Ukraine is #4 among top IT-outsourcing countries around the world. Ukrainians have strong technical skills and can compete equally with engineers from any other country. The downside is that our soft skills and business skills are not as great. As a result, there are not so many world-known Ukrainian startups. On the other hand, there are not many European unicorns either.

9. What are the three valuable things you have learnt in the world of software development?

10.  Any words of wisdom you’d prefer to convey to future entrepreneurs?