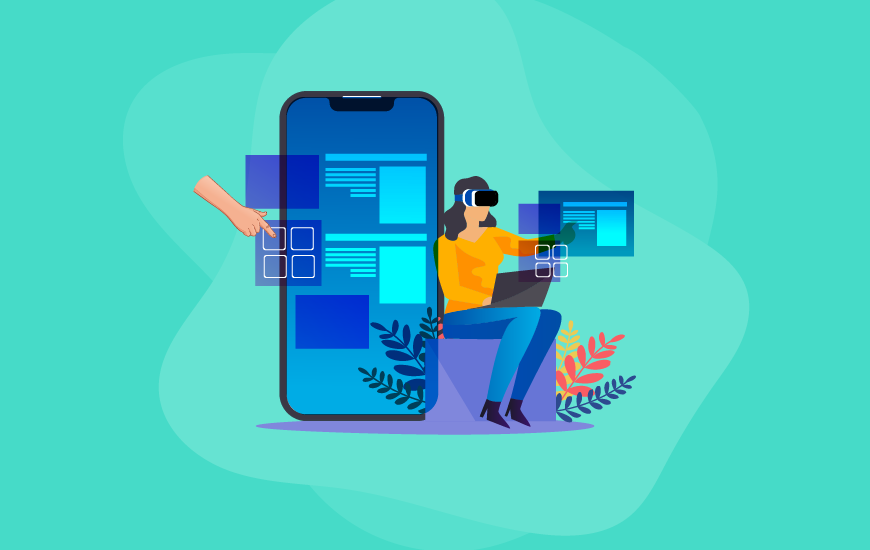 Our journey to the world of endless info-media and audio-visual content was started with a desktop for most of us, then it shifted to the laptop and finally reached to our palm in the form of smartphones. The next step in entertainment was introduced in the form of AR and VR mask apps.

Thanks to the advancement in technology, people can experience virtual reality development for mobile apps at an affordable cost, which gives room for a fresh new market for 3D virtual reality headset apps. The significance of VR can be well gauged by the fact that VR has its applications in fields like education, healthcare, and many more. This gives an understanding of where the future of VR is heading and what impact it is bound to have upon us.

Not only this, the US Navy and Army are using VR technology in the form of parachute training simulators for their soldiers.

MobileAppDaily has compiled a rundown of the best virtual reality apps for Android and iPhone that can transform the way we consume entertainment. But hang on, before we list the apps, let’s understand Virtual Reality and why we need it.

What do these top virtual reality apps have to offer?

VR has instilled its name in the tech industry, and in the coming days, we expect to experience more of these best virtual reality apps. Due to this increase in demand, the top Virtual Reality development companies can translate existing technology and create products for unique platforms.

The drift in the free VR apps has multiplied due to the splendid, immersive, and unique gaming experience that comes along with it and can’t be attained via any other medium. To complement smartphones and the entertainment industry, we need more such apps, which can break the shackles of conventional apps.

Best Virtual Reality Apps You Should not miss in 2021

VR is changing the way we and our businesses function. So here’s a round-up of some of the best VR apps worth trying this year:

Easily the best 3D VR glasses app, VR Theater for Cardboard is a Great VR app where you can enjoy high definition 3D movies with amazing effects and super-high graphics. App supporters turn around to watch the environment and experience the 3D digital world.

VR Theater for Cardboard is one of the best free Virtual Reality apps that works with MP4 format files and offers decent controls with uncompromised graphics.

Notable features of this one of the best free virtual reality apps:

Download this one of the most popular VR apps for Android 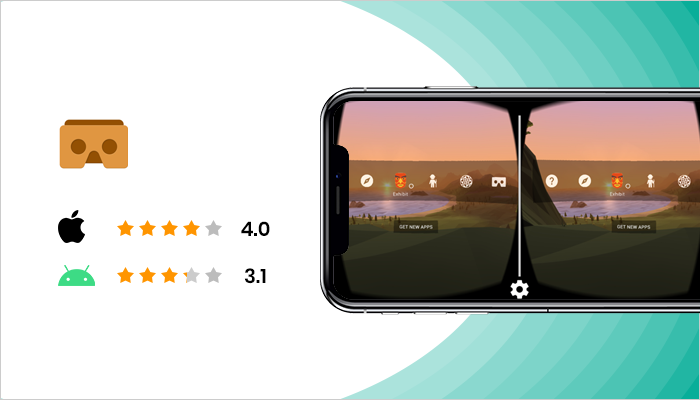 Download this virtual reality app for Android and iOS

Sites in VR is another VR viewer app specially designed to take on virtual tours of different landmarks around the world. The app takes users on tours from Turkey, Egypt, Saudi Arabia, Syria, Morocco, Kuwait, Yemen, Macedonia, Holland, Belgium, France, Italy, Greece, and Spain. For those who like historical architecture, the app offers you a tour. 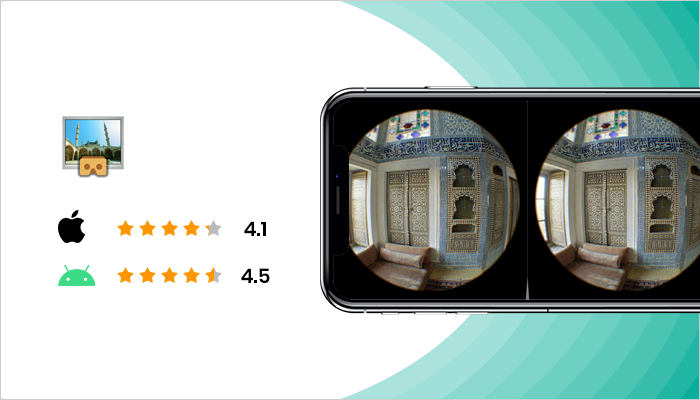 Download this VR viewer app for Android and iOS

Google Expedition is a great learning and teaching application using the verticals of virtual reality to recreate real-world landscapes, architectures, and demographics to the last details. The app has come a long way since its inception and has now found a place in the lives of more than a million users.

You can use the app to explore, see the world, find the right guide and most relevant information just a tap away. It is the result of years of research and attempts coming to fruition.

Notable features of this one of the best phone VR apps:

Fulldive is amongst those robust free VR apps that promise the best virtual reality experience and offers rich user-generated VR content. With its social channels, users can follow their friends’ videos and even comment on them. Fulldive VR app enables watching 3D and 360 photos and videos on the go.

In the upcoming updates, the app developing team plans to come up with new features like a VR video player (2D/3D player), a VR browser, a VR camera, mixed reality apps, and a VR store for some of the new and best virtual reality apps. 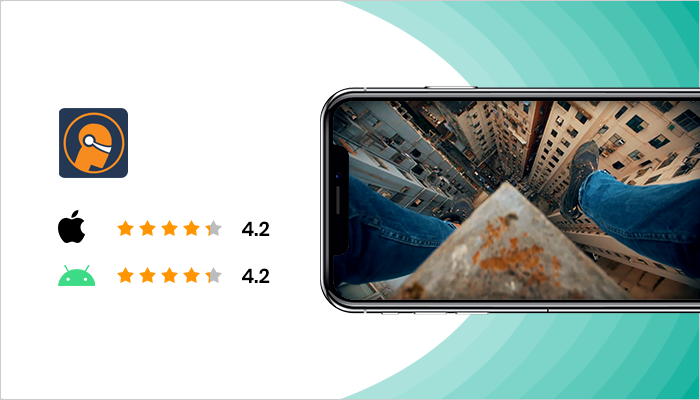 Notable features of this one of the best VR applications:

Download this best VR app for iOS and Android

Featuring amongst the 3D apps for VR headsets, Google Street View is one of the best VR apps for Android that gives a virtual reality war experience in space. With amazing graphic quality and 360 views, the game has a real-life feel to it. The app is a great way to see the real world through a digital scope.

Ranked amongst the best iPhone and Android VR apps, Sketchfab works great on iOS as well as Google Cardboard. Interestingly, it comes packed with gripping tales set in the world of a vivid imagination to some of the best-known artifacts, events, and offerings. Follow your favorite creator and enjoy their creations to the maximum details.

Download this top VR app for Android and iOS

Another of those 3D virtual reality apps, the Cardboard Camera app lets you experience virtual reality and that too in 3D. Capture VR apps and see things up close. Users get to share the photos they capture as well. The app uses your phone’s camera and microphone to capture the photos, all you need to do is to use a VR cardboard to view photos in VR. 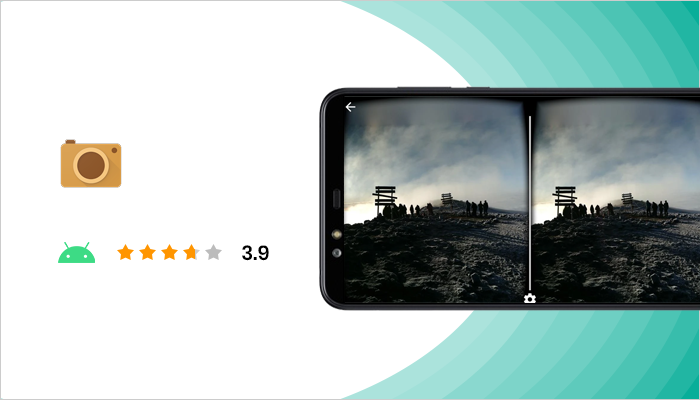 Notable features of this VR App:

Watching videos on a VR headset is common nowadays, but having an action/racing game is unusual. Thanks to Trinus CBVR Lite, one of the top VR apps, we now have the luxury of playing intelligent and exciting games that require a combination of strategy and science to solve the mysteries of human cells.

This VR app sets an ideal platform to kickstart a new journey with Cardboard VR or receive new VR impressions. Its games are not limited to virtual reality only; the user can continue without the headset too.

Download this top VR app for Android and iOS

Stars and planets fascinate all of us. With the VR Space app, that fascination comes alive as users get to take a virtual reality tour of stars and planets up close. You can see the galaxy up close or discover a new one. One of the best 3D apps for VR headsets, VR Space gives a truly different experience. 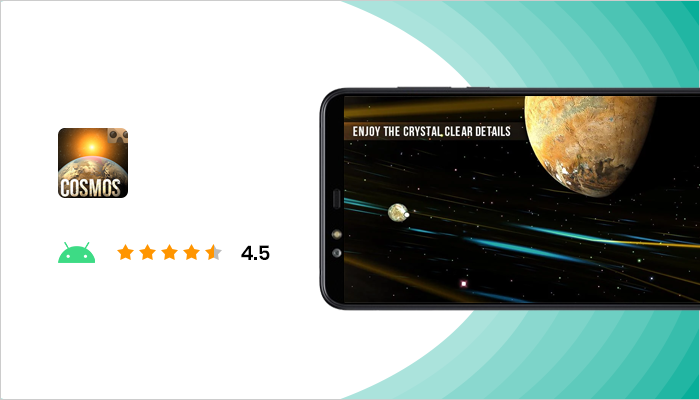 VLC for Mobile is a popular video playing/streaming app that has come a long way, and we now have its VR app. VLC for Android app allows us to experience the favorite series, movies, and documentaries on Daydream-supported Android devices.

The one thing that sets this VR app apart from others is that the more videos are played, the better VLC gets at recommending shows. So, the app gets more customized to the user’s needs.

YouTube is the most favored spot to catch up with the trending and new videos; the YouTube VR app is no different. The app is free to access, and the user can experience endless hours of VR-supported content from 3D 360 videos to standard rectangular videos.

Like the other VR apps, YouTube VR comes with options like subscriptions, playlists, watch history, and more. Also, the app is amongst the best VR apps for Android as the user can switch between voice and keyboard controls for better ease in browsing. 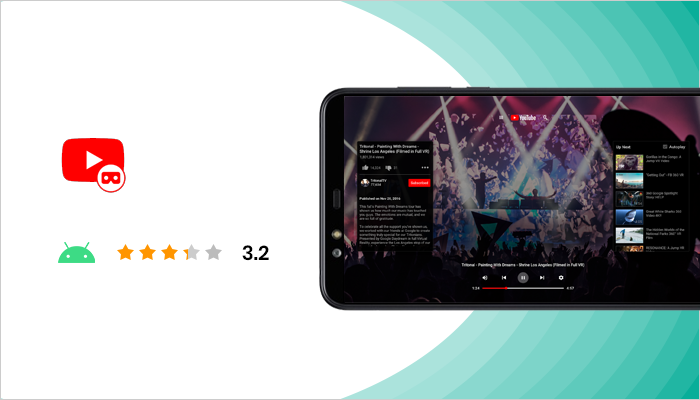 Notable features of this VR app:

Virtual reality has taken up the task of reshaping tomorrow and we cant see why it will not be the case. From quick learning to maximum reach, Some of the good virtual reality apps out there are changing how we used to interact with the world.

So if you like these top 10 best mobile VR apps and wish to give your insights on any app or if we missed anything, let us know. If you have any requests. For the software owners out there, if you want to get your app reviewed, get in touch with MobileAppDaily Studio.

NEXT Will Cross-Platform Development Be The Future Of Apps in 2021?

Photo editing for photography is a technique of improving the charm of a picture. With creative filters and exposure adjustments, one can create art out of clicks that looked simple before. A while back, photo editing was limited to systems with high configuration. However, with time, technology evo

With both private companies and governments having an abominable record for protecting user data, it’s no wonder that people are crying out for watertight privacy protection on their smartphones. So, whether you want to ensure that your device is kept secure, or just want to keep your personal

American Heart Association stated recently that, fitness exercises decrease heart diseases and also improve mental and physical health. But to get the desired shape, many fitness freaks happen to lose their sleep over the flashy price structure of the gym or find it challenging to take out time for