Recently, the Hong Kong Police arrested the admin of one of the Telegram groups that are being used in Hong Kong Protests. 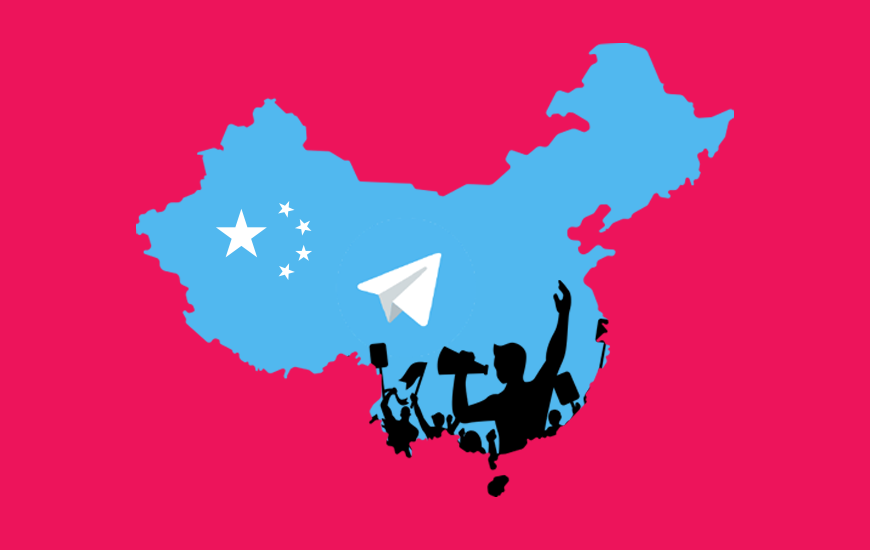 In the midst of the Hong Kong Protest, the popular encrypted messaging platform, Telegram, was hit by cyber attacks from China.

Hong Kong is going through a massive demonstration protesting against an extradition bill that would put the autonomous territory under the more direct control of the China government.

We’re currently experiencing a powerful DDoS attack, Telegram users in the Americas and some users from other countries may experience connection issues.

Hong Kong protestors are using Telegram to organize the demonstration, informing each other about activities and sending information regarding gas masks and drinking water. These types of apps are best to evade surveillance measures by government officials.

“Your servers get GADZILLIONS of garbage requests which stop them from processing legitimate requests. Imagine that an army of lemmings just jumped the queue at McDonald’s in front of you – and each is ordering a Whopper. The server is busy telling the whopper lemmings they came to the wrong place – but there are so many of them that the server can’t even see you [to] try and take your order.”

Even in 2015, the Telegram was hit by a cyber attack, when China was going through a series of important arrests of human rights lawyers in the country.

Previously, the Telegram CEO, Pavel Durov, decided to not comment on the origin of the attack. But this time, he raised his voice against the recent distributed denial of service (DDoS) attacks, by tweeting:

IP addresses coming mostly from China. Historically, all state actor-sized DDoS (200-400 Gb/s of junk) we experienced coincided in time with protests in Hong Kong (coordinated on @telegram). This case was not an exception.

Why Is China hacking Telegram App?

Encrypted messaging services, like Telegram, have become the primary medium for enlarging protests around the world. In 2018, Iran and Russia blocked Telegram.

China’s internet security system does not allow western made popular apps like Google search, Facebook, and WhatsApp, but there is no ban on any apps in Hong Kong that are controlled more or less by China government.

Top secret messaging apps such as Telegram, FireChat, and Signal saw a surge in downloads in the Hong Kong region’s app stores on Wednesday.

More About The Telegram-Hong Kong Protests

Police arrested the admin in the name of “public nuisance crime.” However, he got bailed out. The members were discussing the strategy to deal with pepper sprays and tear gases.

NEXT How to Port desktop apps to .NET Core?

At first, get introduced to “Telegram.” It is a reliable messaging app, and with its platform-agnostic design, anyone can access his messages thread across iPhones, Android devices, or desktop browsers. Unlike Whatsapp, Telegram is more secure and private.On the basis of breaching se

Telegram, the non-profit instant messaging app has just shared another success news with the users. The company announced that in last 30 days Telegram app was used by 200 million users.Pavel Durov, the Telegram founder, came out with a blog to share company's success with the users. In the

In a recent stint of curbing social media channels, Iran’s supreme court has directed the nation’s telecommunications providers to pull the curtains on Telegram. Earlier this month, government officials were directed to shun the use of Telegram app.The user base of Telegram covers al

We have digitized almost every aspect in the tech-driven world and rely on the tech devices to acquire everything. Mobile applications are like a remedy to all our issues but are these trustable and safe. Recent incidents have raised a question on the mobile applications in terms of security. Once a