ezCater will use its recent funding to accelerate its international expansion 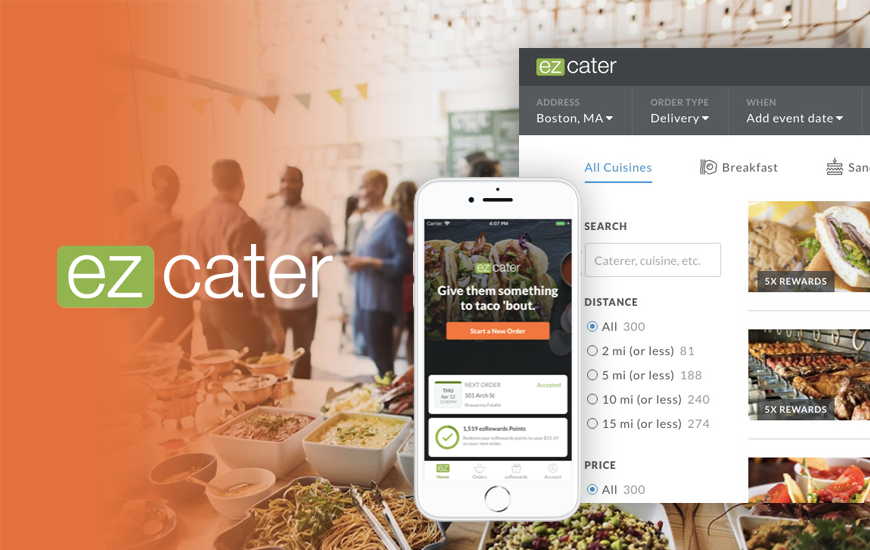 An online Catering Marketplace, EzCater works with over 60,500 restaurants and other caterers from around the U.S. to fulfill orders.

In 2007, Stefania Mallett and Briscoe Rodgers designed an idea for Ezcater, an online marketplace for business catering. They started their company from Mallet’s Boston home or you can say, from her Kitchen.

Mallett came across Brad Twohig of Lightspeed which is the Venture Partners of the final $150 million Series D-1 at a $1.25 Billion valuation. Lightspeed, together with GIC, co-led the round with participation from LightSpeed Capital, Wellington Management, ICONIQ Capital, and Quadrille Capital.

“We are going to have cupcakes with unicorns on them. That will take us about a half hour, then we will get back to work.”

"There was so much talk of a funding winter and a recession coming so we said maybe we should try to raise money and then people jumped on it so we thought OK, why not? If there is a funding winter, we’re set; if not, well, we are still set.”

Mallett then compared EzCater with Expedia which is an online travel agency that provides hotel reservations, airline tickets, and vacation packages.

EzCater in the future will make a boom more than $300 million in equity funding, including VC interest in food tech. EzCater has benefited from a big boom. The company has raised a $100 million Series D within a time period of 10 months.

This year, U.S. food-tech startups have brought in $626 million after pulling a huge $5 billion in 2018. It seems like 2019 will e a great year for this online catering marketplace so make sure to stay tuned with MobileAppDaily to get the latest updates straight from the tech industry.