Through social media, one can catapult their business from nationwide to international in minutes. 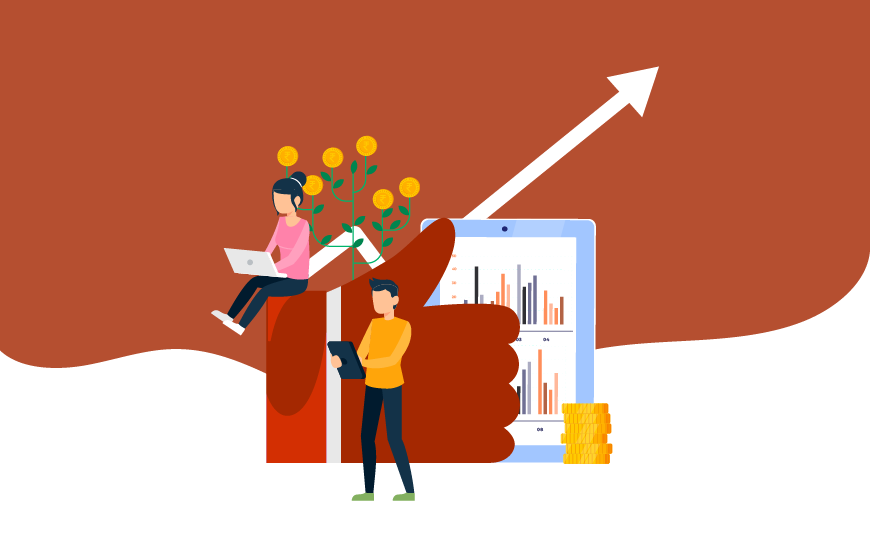 In the last 15 years, a new player has emerged in the money-making game. Who, you might ask? Social Media Platforms.

According to BrandWatch, out of a global population of 7.7 billion people, 3.4 billion are social media users. Now, if your business isn’t on social media, your rivals are, and they are making money. A ridiculous amount of it.

Social media has revolutionized the global economy in a tremendous amount of ways. Here are just a few:

Businesses hire social media influencers to promote their brand or product simply because they can make you money by recruiting customers your business may have never had the chance to.

2. Makes Information Accessible to Everyone

Years ago, if you had a business and you needed to advertise something, you would have probably had to fork out a chunk of money to do that. Nowadays, however, a business can simply create a page and advertise whatever they want to without spending a fortune.

This saves money and allows businesses to have a consistent outflow of information to their customers. This makes them money as they are able to keep their clientele and grow it at the same time.

In the past, the thought of trying to start trading would’ve given you a headache. Learn all the correct terminologies and be able to trade without being bamboozled by crashes or false starts.

Fortunately, with the rise of social media, came the rise of forex trading and online trading. You have probably heard that term everywhere, but do you know what it is? What is online trading? Well, let me ease your worry.

According to Investopedia, Online Trading is simply buying and selling assets through a brokerage's internet-based proprietary trading platforms.’ Social media has made online trading not only accessible but informative.

A business that previously would’ve only been based in the United States of America is now able to grow its scale globally through social media. Having booming social media pages opens up your audience completely.

Not only will the business reach its target market, but it will attract customers through different mediums for different reasons! Whether it be that a social media influencer has convinced her/his following to buy products from your brand, or a clever advertising campaign that has won the hearts of your customers.

Through social media, one can catapult their business from nationwide to international in minutes. A good example would be when Carl Icahn posted two tweets which raised the value of Apple by $17 billion. Yes, you read it right, $17 BILLION. Exposure is one of the more important skills to master when deciding to use social media.

In the past, to be successful, you needed an amazing track record. Now with this I mean, you need loads of experience and an extensive list that dates back decades in order to have a seat at the big table.

Yes, I can concur that today that is still true, but now, social media has opened up a new area that I would like to call, “the level playing field”. Successful businesses can be overtaken by fairly new businesses just because one is using social media and the other isn’t.

Social media is allowing fairness which is unprecedented and this improves the economy by creating even more fierce competition between businesses which would force them to have competitive prices to appeal to even more customers.

6. The Customer is Always Right

Social media has given the consumer a superpower that he/she has never had before. The power to complain. This power has now put businesses in positions in which they have to be accountable for the mistakes they make and hold up to a high standard in order to protect their online reputation. A few bad reviews could honestly take you back years.

Social media influences the economy in a multitude of ways simply by changing and adding to the way people interact with one another, especially on the business front. Making money through social media is a great way to grow the economy by adding different revenues of making money.

NEXT Internet of Things And It's Potential In The Banking Industry