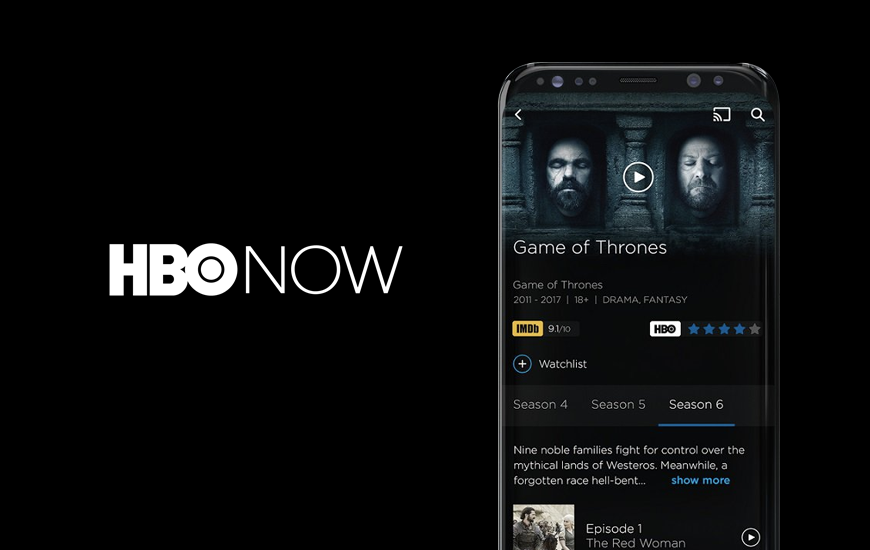 HBO’s ‘Game of Thrones’ once again brought exciting news for the network’s ‘HBO NOW’ app, as it brings in for its existing fan base. The HBO app started to trend at the number one spot on Apple’s App Store this weekend and saw more than 300,000 installs and subscribes on Apple’s App Store & Google’s Play Store combined. HBO NOW live streaming the new ‘Game of Thrones’ is the reason for the installs.

As per the Sensor Tower Data, it is the highest that the HBO NOW has trended on the Apple’s App Store since it clocked 160,000 downloads within a day of the previous highest ranking in April 2016, at the time of ‘Game of Thrones Season 6’ premiere.

Sensor Tower expects this number to grow as there are ‘Game of Thrones’ HBO fans who are getting a late start and downloading the app during the early weekdays. According to the estimates, the app can see the new downloads surpassing 500,000 within the first three days after the weekend and maintain its number one position on the App Store.

These numbers clearly refer to the users who have never installed the app before - not any kind of re-installation, as there is rarely any Game of Thrones streaming service provider online.

‘HBO Go,’ the app for cable and satellite TV servers the purpose and did quite well on the weekend and is on track to exceed 400,000 installs. It is the highest HBO Go has ranked since the ‘Game of Thrones’ Season 7 premiere in July 2017, when it gained 350,000 first-time users on both the app stores worldwide.

However, the traffic due to long-awaited HBO’s new Game of Thrones Season might have caused some trouble for the HBO apps.

Clearing the steam about the issues, HBO said,

“There have been some reports from the app users regarding the issues while streaming but these small issues could be there because of user’s broadband, internet connection or other factors.''

This time they were ready with everything as they had already faced a huge number of crashes during ‘Game of Thrones’ Season 4 premiere, for which they issued a public apology.