The Best iPhone Games Are Here To Beat Your Boredom

Kill your time the right way. 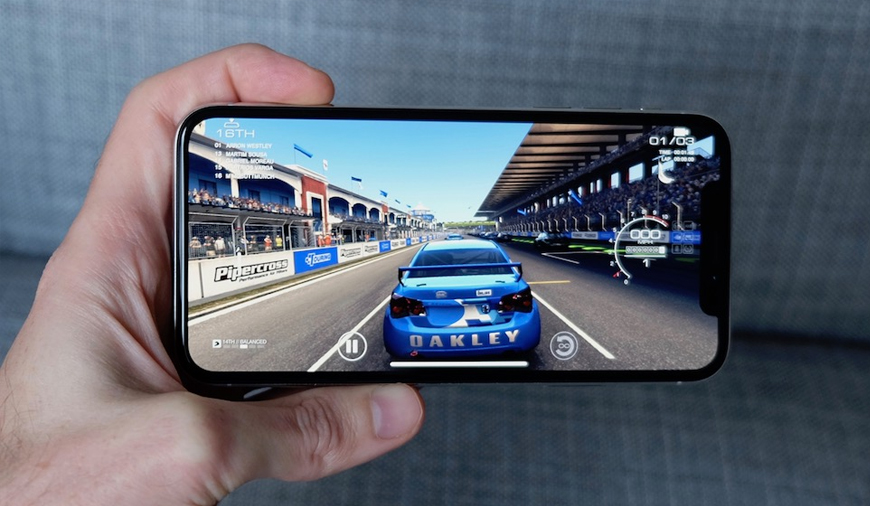 Like iPhone games? LIke it more when they come free of cost? Prefer all the games irrespective of their genre? If the answer to all these questions is a Yes, the feast is ready for you here awaiting your attention. The compilation serves something that you may not have tasted before. All set to ignite your taste buds? Let’s roll on!!

We are here to talk about the most happening, the popular ones and the best known iPhone gameplays that users like to browse through mostly. The compilation is a well-researched attempt to include the best apps that are impressive and keep charming the internet users.

Every single app available for the iPhone users claims for its superiority among others. However, the case is not similar as it appears to be. Some apps are not as impressive as they seem. However, users’ feedback is a way to know the authenticity of any gameplay, but sometimes app reviews may mislead a new user. To help such users and the iPhone game enthusiasts, here is a post dedicated to all of them.

Here is the compilation of the best gameplays: 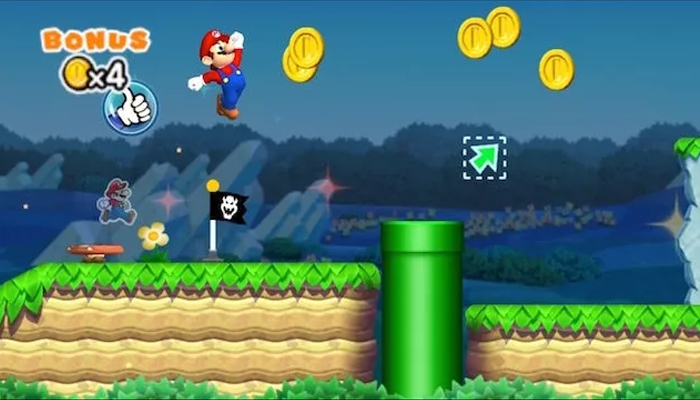 Super Mario Run is as much popular as Apple today. Everyone knows the mission Mario goes through and the danger he faces in the journey. The primary job of the users is to help Mario complete the task. They need to help the lead character to jump correctly by tapping the screen. Amidst the journey, you need to help Mario to collect the coins throughout each level.

Super Mario Run is from creative Nintendo professionals, who have worked exceptionally well to make the game truly impressive. It gets total marks for the creativity. The more users play it, the more they feel excited about the same.

The game is an offering for: Mario lovers, fans of touchscreen platforms, and those who love spending the time the right way

The long line of the color matching game needs no mention. The saga is filled with juicy candies and awaits bursting as the players combine similar-colored candies. Candy Crush Saga keeps you addicted to the sweet rewards and bonuses that come along. When no lives are left behind, users can ask others for a favor by giving them additional lives. It is a full-fledged offering for iPhone users that millions of players love to play.

The delicious sweet saga is tasty and addictive at the same time. The daily booster wheel is an additional offering that helps users earn extra benefits. The payment feature is additionally embedded to offer more rewards.

The game is an offering for: Sweet candy lovers and for those who love to own the candy Kingdom with their wise moves. 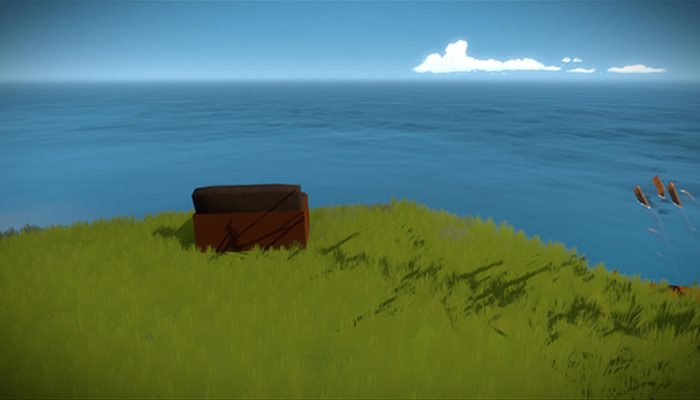 The protagonist is surrounded by puzzles and is alone on an island. When it comes to solving the puzzles, some are extremely easy and just requires sheer attention to win over “The Witness”. The hints are there for the players at the screen only and help them level up the lead character. It additionally helps in accessing new areas too. This works as an additional boost for the users.

There are different options in the game and one such is clicking on a tab to open new doors of opportunity. Finding the hints for the puzzles is more of a satisfying feeling for the users.

The game is an offering for: Puzzle-friendly players, people who love challenges and wish to explore new ways to solve such games.

Another exciting offering for adventure lovers. The protagonist runs endlessly to achieve the targets. As he runs forward, he needs to collect the offerings that come along while avoiding the obstacles that can come forward in different forms, size, and shapes. It is an iPhone game for running enthusiasts who can excel in this run relay.

Temple Run was a smashing success when it launched back in 2011. To take the game further for the players, Temple Run 2 is an additional offering in the similar series. The sequel is gaining similar response (positive) from the users.

The game is an offering for: The players who love their characters to run in the quest of treasure. 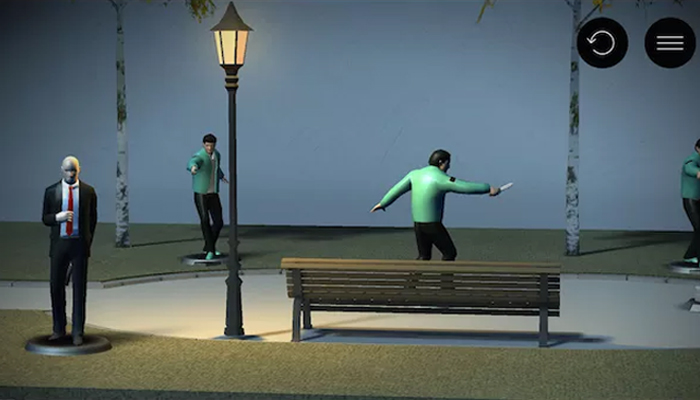 The aesthetic in the abstract violence suits perfectly to the plot of Hitman Go. It may look like an offering not for faint-hearted, but it is an absolute offering in the Hitman series. So, if you like hitting your enemies, do sign up for the same.

The game is an offering for: Hitman lovers and to those who love completing secret missions even if it requires shooting the enemies.

If you are a Nintendo lover like me, you must have come across the game. In case, you are still not aware of the same, let me bring you the clarity on it. The game rightly absorbs your leisure time. The plot of Animal Crossing revolves around helping Isabelle and inhabitant beautifying their world with amazing offerings.

Animal Crossing is a good offering that gives you the perfect entry in the animal kingdom. You get to see and decor their world differently to add to the aesthetics of the same.

The game is an offering for: Enthusiasts who love to get a different experience from an offering that is a lot beautiful. 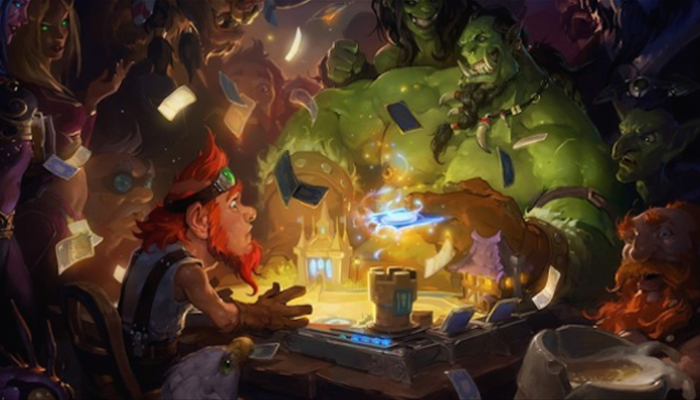 It is an exceptional offering for digital card enthusiasts. Hearthstone has been developed along the lines of World of Warcraft. There are nine classes in the game each having its WoW equivalent. These WOW elements include a variety of play styles for the users that they can stick to while playing. Options are also available for single-player and multiplayer.

The gameplay is exceptionally versatile that allow users a range of ways that they can adopt while playing the same. Hearthstone is so intriguing that it keeps users on their toe. It is almost impossible to imagine a more perfect way of getting the digital experience.

The game is an offering for: Enthusiasts who love getting an exceptional digital experience.

The sweeping saga feels right for the mobile-app players. Final Fantasy Tactics feels good on mobile when you are sitting idle in the home looking to spend your time the right way. It is worth to have such gameplay on your smartphone. It is a classic offering that every gaming enthusiast should get the experience of.

In case, you have not played the game, I recommend downloading the same. In case, you know the experience, it is worth giving it a second try. Final Fantasy Tactics will never disappoint you.

The game is an offering for: Fans of tactics games who love playing logical gameplay. 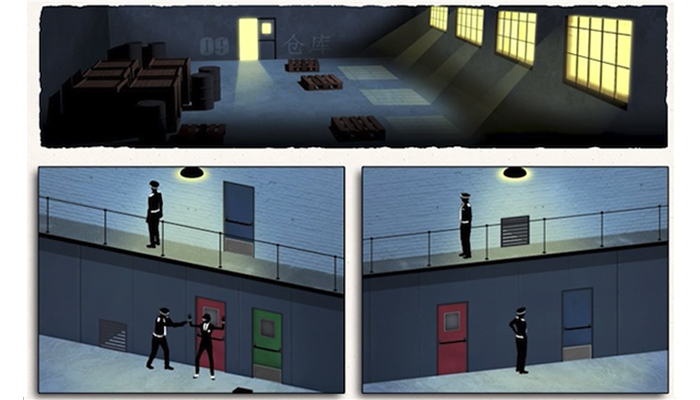 Replacing its predecessor ‘Framed’ with a super-exciting new version, Framed 2 is an innovative offering for all those who love super thrilling games. The basic plot, if compared to the new offering is almost the same. It feels as if the users are watching a series of mysterious events playouts. The animated game offering has been provided innovatively for the users.

The users have the opportunity to rearrange the panels in order to reposition them to play the same in a different manner. It is a complicated but a smart puzzle game for the users.

The game is an offering for: Puzzle and comic fans alike and for true Framed fans.

The fire is burning in a cold dark room and suddenly it starts dying and being the person-in-action, you need to get more woods to let the fire burn continuously. You had to search woods and the story develops. A Dark Room is as much exciting as it is adventurous.

The gameplay starts with humble origin to go beyond the soft start. A Dark Room seems engrossing for the users and picking it would seem like one of the best decision for puzzle lovers.

The game is an offering for Enthusiasts who love playing mysteries and puzzle based offerings.

What Do You Think?

That’s all on the list of best iPhone games from my side. What’s your take on these offerings? Did I miss any prominent name for iPhone users? Or is there something, you would like to read here? If the answer to any of these questions is a yes, do let me know on the same in the comment section below. The MobileAppDaily cherish readers’ contribution to helping us become more streamlined with such offerings.

The world of iPhone games is a huge one but the prominence still revolves around few gameplays. And the ongoing interest of users in the iPhone gaming industry is going to help it grow massively. Let’s contribute some shares to this industry by downloading the respective games from the links mentioned above.

NEXT 10 Ways How Bitcoin Could be Hacked

Best News Apps You Should Try For Android and iOS Device

Earlier, getting news updates was troublesome. People used to get news feeds by reading newspapers for hours, listening to the radio, and constantly staring at the television. But you’re in the advanced era where Wi-Fi connections and cellular internet has made media streaming far easier with

You can’t deny that the smartphone is by far one of the coolest inventions, which not only establishes an effective communication channel but also serves multiple benefits. It will take you no time to connect with anyone across the globe using a smartphone - you just need to dial the person

There is nothing as agonizing as losing important data that you depend on for your daily activities. The loss of data either via a lost device or in the hands of hackers can leave you with a huge financial and psychological dent.That is why it is essential to have security apps and mechanisms in

The days are long gone when you have to carry the hard cash for payment purposes. Life became a bit easier with the inclusion of debit and credit cards. With these cards, you can make payments on the go.You are not required to have an account in every city you visit. Just swipe the card in the m