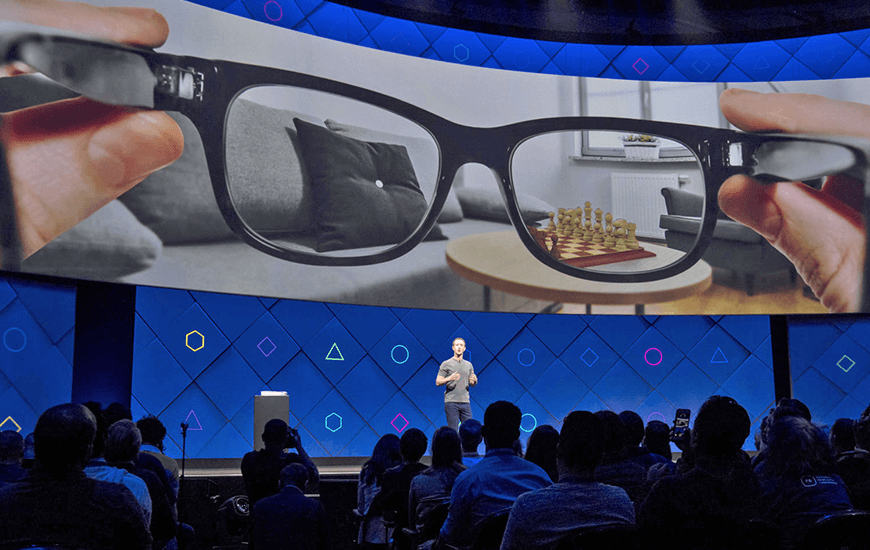 All the rumors surrounding the next big project of the giant social media, Facebook, have been shut down with the latest statement made by the Head of Facebook’s AR department. In an AR/VR event held by Techcrunch, Ficus Kirkpatrick stated that the organization is looking forward to making Facebook’s Augmented Reality Glasses and AR headsets a reality in the coming future.

This news doesn’t exactly come as a surprise as many other companies are working hard to launch their own Augmented Reality Headsets. But developing such an advanced device is not a child’s play as we all have been witnesses to the commercial failure that Google faced with its Google Glasses.

Fresh off the heels of its first hardware launch, Facebook's Fiscus Kirkpatrick says the company is also working on an AR headset https://t.co/AS8IMIO56b #TCARVR pic.twitter.com/eWW6JX22yc

Mr. Kirkpatrick also discussed Augmented Reality with a reference to the movie 'Ready Player One' based on Virtual Reality concept, he stated,

"I don't think we converge to one single device.... I don't think we’re going to end up in a Ready Player One future where everyone is just hanging out in VR all the time. I think we’re still going to have the lives that we have today where you stay at home and you have maybe an escapist, immersive experience or you use VR to transport yourself somewhere else. But I think those things like the people you connect with, the things you're doing, the state of your apps and everything needs to be carried and portable on-the-go with you as well, and I think that’s going to look more like how we think about AR."

He also said that their AR team is working on developing Facebook Augmented Reality Glasses and Headsets, but it also suggests that the billion-dollar brand now wants to separate itself from other smartphone companies. As of now, Facebook indirectly depends on iOS and Android devices regarding how its features will integrate with them.

With Facebook's AR Glasses in the making, it seems like the company is getting back in control after a series of unexpected events that occurred in the year 2018. There were also several departures from various projects owned by Facebook, including the Resignation of Instagram Founders and the Oculus VR Co-Founder decision to leave.

Even though Augmented Reality technology has turned into a significant area of growth for development in various industrial verticals, Mark Zuckerberg's statement from last year's event seemed a little off. The CEO of Facebook stated that the AR Glasses are still five to seven years away because the technology that is needed to build these augmented reality-powered headsets is not available for the company yet.

So, overall it would be interesting to see the end product of this whole AR project that is run by Facebook’s team. Other than that, Apple too is working on its very own Augmented Reality Glasses, which are likely to hit the market by the end of 2020 as per the rumors being speculated.

What are your thoughts about Facebook’s AR glasses and Augmented Reality headsets? Let us know via your comments in the section down below.

PREVIOUS Here's How You Can View Your Notification History On Android

The security and privacy remain the highest concern with the spurt in the number of hacking attacks and cybercrimes. The breaches and vulnerabilities have become part of our lives and we need to understand the basics before moving into 2020.The ease of access hacking tips on the smartphone has m

The Facebook Spaces virtual reality arrange is switching up its Avatar framework to give individuals a chance to encapsulate more expressive characters. Facebook said in a Monday declaration that the Avatars would help make emotions being "really there" in the virtual space. Befor

Tech giants frequently update their smartphone platforms in order to provide the latest technology to the users. When a version is updated there is a number of enhancements in features and attributes which were absent in the prior one. Google is ready to release its newest Android version with the m