Google was also accused of paying the manufacturer for pre-installing Google search app and restraining them from selling their devices to Android Forks. 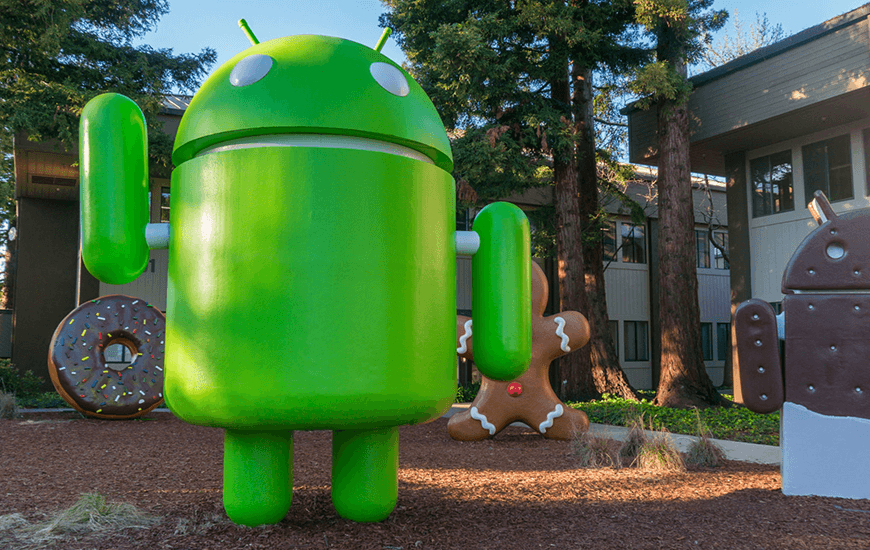 Google surprisingly announced the changes in its Android licensing model for Europe. The tech giant has introduced some changes for the OEMs (original equipment manufacturers) in Europe to license Android for their devices. Going forward Google will be charging a fee to these device manufactures for a bundle of Android apps. The move comes as a result of the antitrust penalty from the European Commission (EC) for misusing its market dominance by Google.

Back in July, the EU slammed Google with a $5bn penalty for breaking the antitrust policy of the regulators. According to the commission the tech giant was using its market dominance to force the OEMs for pre-installing its app in order to license the Play Store.

Besides, Google was also accused of paying the manufacturer for pre-installing Google search app and restraining them from selling their devices to Android Forks.

However, Google disagreed with the commission's decision and filed an appeal against it last week. The Mountain View company is going against the EU judgment, though it could take years to resolve. Now, Google has tweaked its way of licensing Android in Europe to avoid any further fine/penalty from the EU.

The new amendments in agreement give the device manufacturers freedom to either sell their product with or without Google apps preloaded in the device for European Economic Area (EEA). This means the device makers are now able to make the decision on their own whether they want to preload the Google apps or not. Earlier the ‘compatibility’ policy restricted the OEMs from this having this power, either they had to sell their devices with Android Forks or Google Apps, not the other way around.

Under the new paid license policy, the device makers have will be charged with a fee for a bundle of Google apps if they want access to the Google Play Store excluding Google Chrome and Google search. Pre-installing the Google search and Google Chrome is totally their decision to make, this means the company will be splitting these two apps and the complete mobile suite.

However, the company also mentioned that it wouldn't be charging anything for using the Android platform itself. But, Google didn’t reveal the amount of fee the OEMs have to pay for the mobile suite.

"Second, device manufacturers will be able to license the Google mobile application suite separately from the Google Search App or the Chrome browser. Since the pre-installation of Google Search and Chrome together with our other apps helped us fund the development and free distribution of Android, we will introduce a new paid licensing", added Lockheimer.

Along with this, Google will also be offering, "new commercial agreements to partners for the non-exclusive pre-installation and placement of Google Search and Chrome."

Under this new agreement, the competing apps are allowed to get pre-installed in devices alongside Google apps. However, the fee required to pay for this privilege remained undisclosed. The changes to the licensing model will be effective from October 29th, 2018 for all the smartphone and tablets in EEA.

It will be quite interesting to see how the European market will respond to this move. This will be the first time Google will be allowing competing companies to offer and market their Android-based platforms.

PREVIOUS MTV's The Real World Is On Track With Facebook

NEXT Reasons to Keep the Android Device Protected

Twitter, may be given a huge change to its users recently with 280 characters extension but is still working on few more tweaks including the ‘Bookmarks’. The company is testing a feature which will allow the users to save a particular tweet for later. The company has given it the name &

Twitter, the microblogging social media platform is testing its Tweetstorm feature with the limited number of users in its Android app.The tweetstorm, which is designed by the company to let its users trigger many tweets at once by scheduling them to create a storm of tweets. The company has confirm