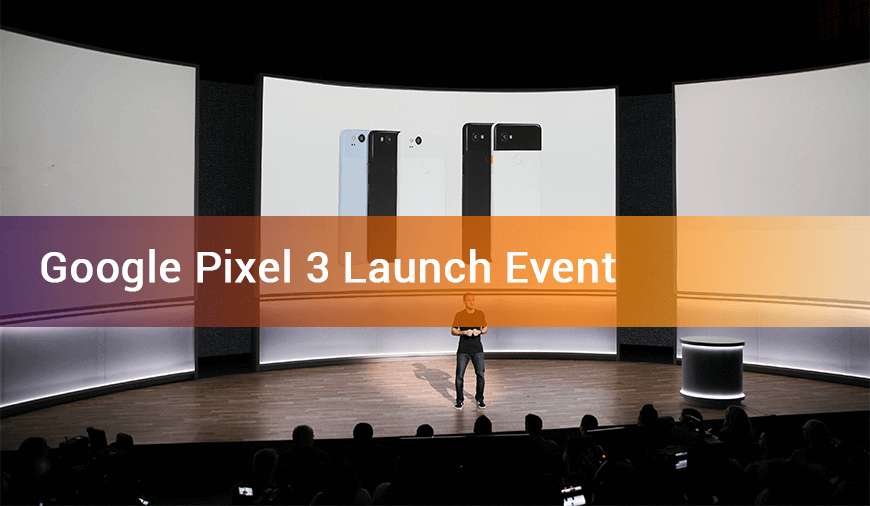 From the past couple of months, all eyes were on the release of Pixel 3 and Pixel 3 XL smartphones, which has become center of attraction for many industry experts and tech geeks. Earlier, it was all speculation on its release and features that will accompany it. But now, in a recent twist in the developments, Google itself has sent an invite to the top media companies to cover their event on October 9th.

Though Google hasn’t confirmed the details of the October event, still we can expect the launch of Pixel 3 and Pixel 3 XL smartphones based upon the speculations and rumors. The invite sent to the company also carried a clue in the form of a simple text, which is “I <3 NY” phrase. It might look a cool set of words to grace the invite, but if you look at the whole phrase, it has digit 3 in it, which gives a clear hint of something related to 3. And at this point in time, we anticipate it to be Pixel 3.

If the Google launch the Pixel 3 and Pixel 3 XL smartphones on the day of the event, these smartphones will be preceding Pixel 2 and Pixel 2XL, which are the second generation devices of the Google-branded Pixel series. Pixel line first made it to the smartphone industry in 2016, and since then, Google is regularly refining its smartphones.

We had an inkling of the new smartphones by the revelation of the hardware units of both devices, that has given us enough stuff to talk and speculate about. At first, there are design changes that will accompany the smartphones, and then it is the large notch on the Pixel 3 XL and a glass back that will support wireless charging on Pixel 3 and Pixel 3 XL

Apart from the third generation of smartphones from the Google, there can also be surprises in the form of new Pixelbook, a refined Pixel Buds, and additional features for Google Home Mini and Max. Let’s wait and watch, what Google will take out of its pandora box to woo its users.

PREVIOUS Which One To Choose: Mobile App Vs Mobile Website?

NEXT Big Companies Are Using Node.js For Their Apps, Why Aren't You?