Earlier, the Maps app display was based on Mercator projection. 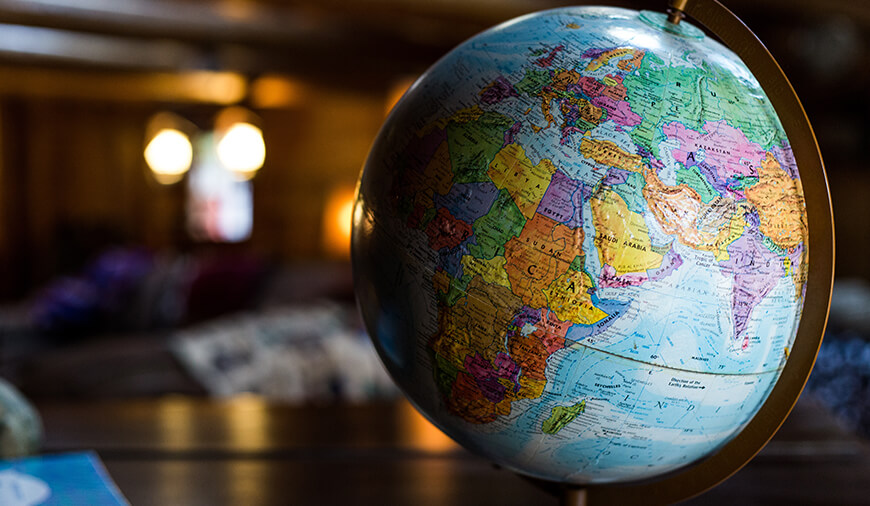 Google Maps is on a spree of adding new features to its platform. In a bid to make Maps more interesting, Google has transformed the flat surface of the earth as a 3D globe. To experience the new update, you need to zoom out of the default view, which generally locks on to the user’s location. The new 3D Globe Mode view of the map will help the users’ to display the map more accurately.

The tech giant notified about the new update on their official twitter handle, “With 3D Globe Mode on Google Maps desktop, Greenland's projection is no longer the size of Africa. Just zoom all the way out at http://google.com/maps.”

With 3D Globe Mode on Google Maps desktop, Greenland's projection is no longer the size of Africa.

As of now, Google has introduced this change on the desktop interface; on the mobile app, it is still the same. The 3D Globe Mode update may soon land in the mobile app as well because the Google Maps are extensively used app on the mobile devices, and the company will not want to disappoint its users.'

The design on which the flat surface of the Maps is based is known as the Mercator projection, which perfectly suits the printout format and with time, it has become a more standardized practice. With the new update, some users’ may find it a little bit ambiguous to adapt to the new outlook.

When the Mercator projection was first released in 2009, the Google highlighted its usage to preserve angles of roads and stated in a press release, “The first launch of Maps actually did not use Mercator, and streets in high latitude places like Stockholm did not meet at right angles on the map the way they do in reality.”

Apart from this, Google has also added another feature in its Maps app, which will include the battery percentage of the user when the real-time location will be shared with the friends or family. This will help the other person to know the exact reason if the user’s mobile gets switched off. The real-time location sharing feature was unveiled early last year.

NEXT Symfony Vs Laravel: Which Is The Better Framework

In a move to strengthen the Siri, and Core machine learning, Apple today appointed John Giannandrea as the head of the AI (Artificial intelligence) division. Earlier, Giannandrea was working for Google and spent eight years while working in Machine Intelligence, Research, and Search teams. He has al

The Social Networking apps seem to be in the never-ending war of giving innovative features. Recently WhatsApp and Facebook Messenger have given some interesting features to the users. Now Instagram comes up with a new addition to the option of pic sharing across the platform. The company is plannin

Indian multilingual video app, Roposo, has successfully raised $10 million in Series C funding, which adds on to its total funding of $31 million so far. Roposo is a Gurgaon based company which got the backing from returning investors Tiger Global and Bertelsmann.Interestingly, Tiger Global is t