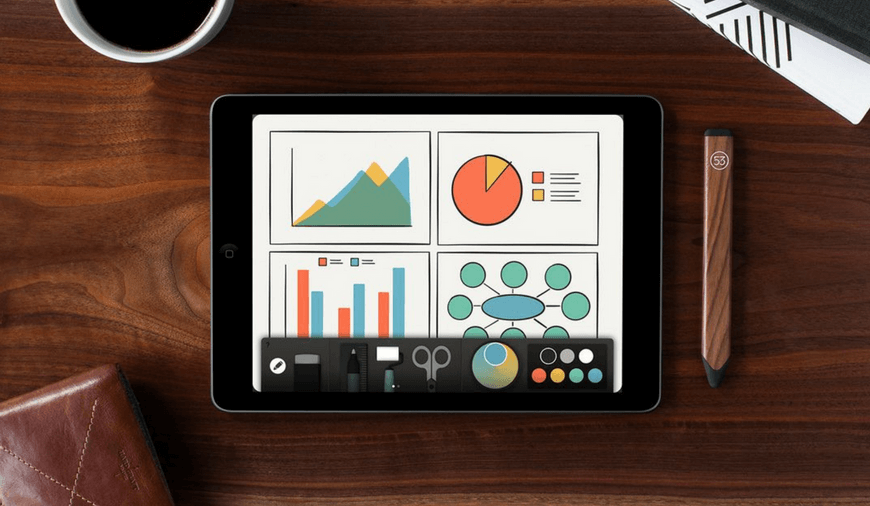 If you own an iPad and like to draw things using the apps, then you must be aware of Paper app. The company that own Paper app, FiftyThree is now acquired by another enterprise named WeTransfer. The acquisition news comes from the from a  medium blog shared by FiftyThree where it revealed that another firm has acquired the company.

WeTransfer is a cloud-based file transfer service that is also popular in the tech market. However, the terms and clauses including the cost of the deal have not been revealed by any of the company yet. The popular drawing app was awarded as the ‘App of the year’ in 2017 by Apple due to its intuitive interface and best user experience. Besides, Paper is among the few apps that have such smooth stylus support in iPad for drawing feature. Most of the users were concerned about the app as most of such acquisitions end up in not good results for the app. On this, FiftyThree assures the users that the app will keep evolving under the acquisition of WeTransfer for providing enhanced service.

“We’re excited to share that FiftyThree will be joining WeTransfer! Paste™ and Paper® will be coming with us as part of the acquisition. Seven years ago we set out to build a suite of tools to unlock creative ideas. Today, we’re thrilled to connect that quest with WeTransfer’s aim to effortlessly transfer ideas between creative minds”, FiftyThree wrote on medium.

Talking about the WeTransfer, the company started back in 2009 that become successful in a very short period of time. The cloud-based file transfer company owns 42 million daily active users who share more than 1 billion files every month. For instance, the reports say that the current employees and the team of FiftyThree will be working under the leadership of WeTransfer without any significant change.

Apart from Paper, FiftyThree also own an app named Paste that the company launched last year. The app allows the users to create a presentation with others working together with the integration of the apps like Google Doc, Slack, and YouTube. Besides, the company is also behind the popular ‘Pencil’ stylus for iPads that is preferred by most of the users.

PREVIOUS Best Android 9 Pie Features We All Are Waiting For

NEXT What Is The Difference Between Windows 10 Home And Windows 10 Pro? Which One Is The Best?

Almost three months back, the very first update was released that is Beta 1 and today the iOS Developer Beta 8 is available to be downloaded. To make the forthcoming upgrade more stable, Apple has been releasing new beta updates during these past few months.Even though, the final build release o