Top App Locks For Your Android Device In 2021 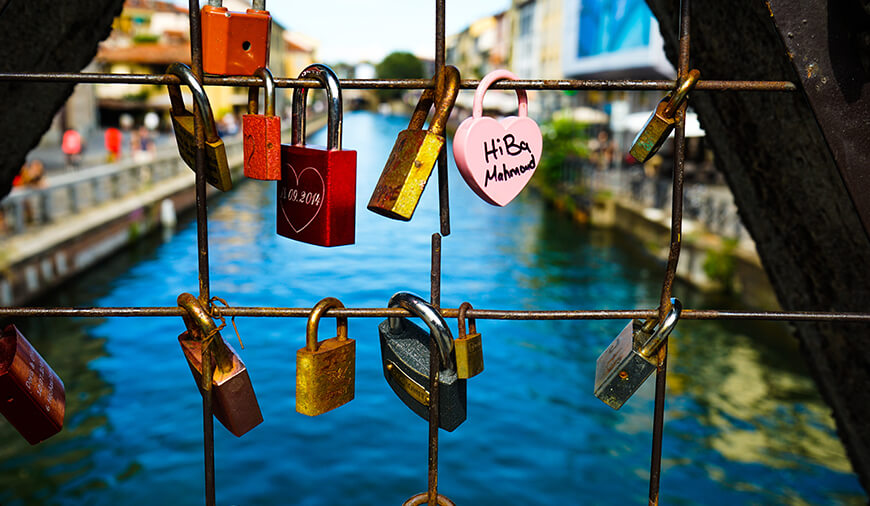 Data breaches and thefts are not new as far as mobile is concerned. Now and then, we come across such an incident. To counter this issue, smartphone manufacturers have added a lot of safety features, but sometimes, these features do fail due to various reasons.

What to do then? If you are an Android device owner, I have a few options that you can actually secure your device than ever before. The below-mentioned Android applocks will work as an added layer of security for your device and can ably secure apps related to banking, social media accounts, gallery, and more. It will further cut off access to the people who might get hold of your unlocked device.

The Android applocks work in different ways; pin codes, security patterns, fingerprint impressions and passwords, all can come in handy. It depends upon the user, through which option he wants to secure the device.

Take a look at the best Android applocks available on the Google Play Store:

AppLock is one of the most trusted apps for securing an Android device. This app can protect privacy with password, fingerprint lock, and pattern. It can also hide pictures and videos that will not be visible in the gallery. One of the bright spots over here is the random keyboard and invisible pattern lock, which make it more secured in case of spying. 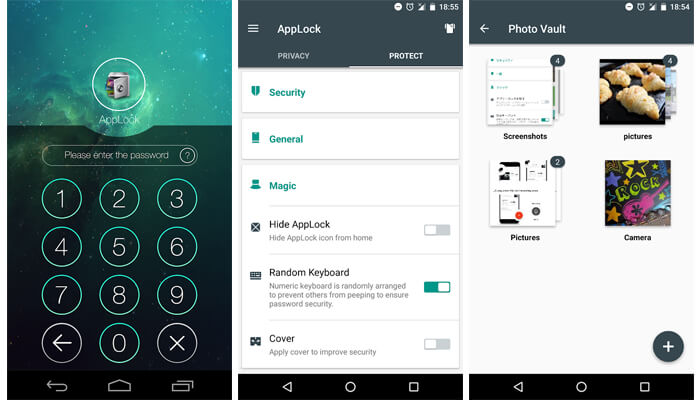 Norton App locks your apps and protects your privacy with the latest features. It uses a secure password or pattern lock to keep the Android device safe. The Android applock is best to lock pictures, videos, gallery, and financial information. With its smart technology, you don’t need a PIN, lock screen pattern or password to open. 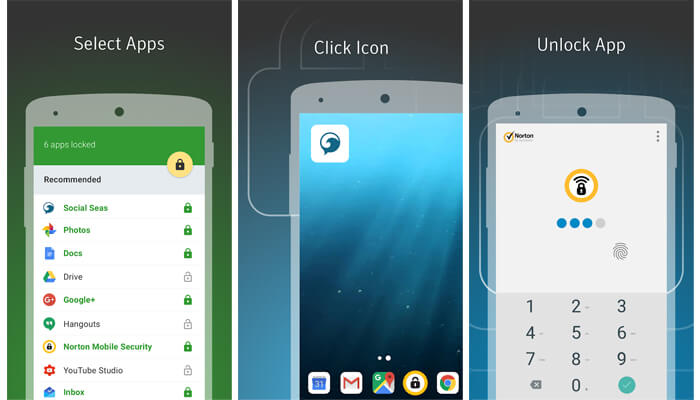 As the name of this app lock suggests, it only supports devices which have the fingerprint sensor. This app is designed and developed by Cheetah Mobile and aims to secure the device better than PIN codes and passwords. Though the app also offers to use patterns and PIN codes as well.

The app provides added safety by clicking the picture of the snooper whoever tries to unlock the device and immediately sends the photo to the user’s email id, with date and the time. 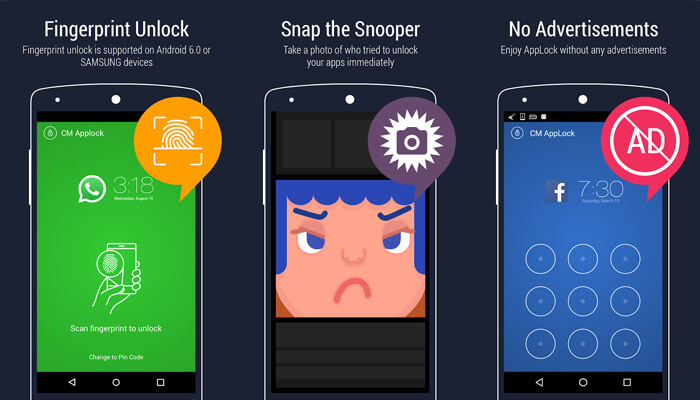 Unlike many of the other Android applocks, this app is free from ads and is available for free. It also has customized lock mode, which saves you from locking the apps every time.

Privacy Knight offers much more than a regular Android applock. You can change the app icon to disguise it among other apps. Once installed, it can hide videos and pictures that will help you to keep away your personal stuff away from prying eyes.

Interestingly, this app is one step ahead of fingerprint applock and offers face unlock, which is apparently safer than all other security measures. Privacy Knight works similar to other data safety apps and locks all of the device’s apps. 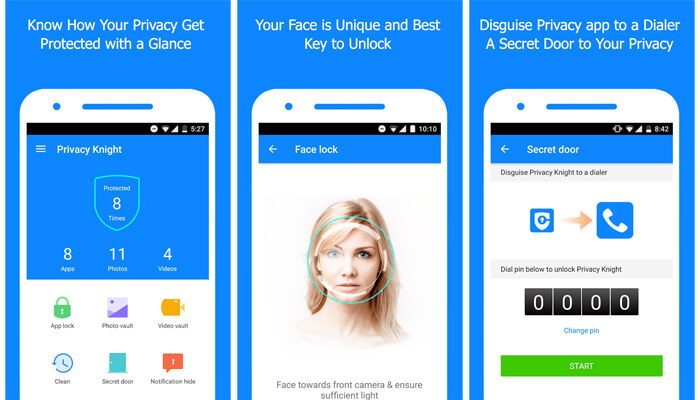 To make it easier for the user, the app comes with one tap option, which will wipe out browsing history and search history.

Here is another Android applock that let you lock your app through your fingerprint. AppLock by SPSoft also work on devices which support fingerprint sensors. Other than this, you can also try a password and lock screen pattern. This app replaces the actual window with a fake one and automatically clicks the picture of the intruder. 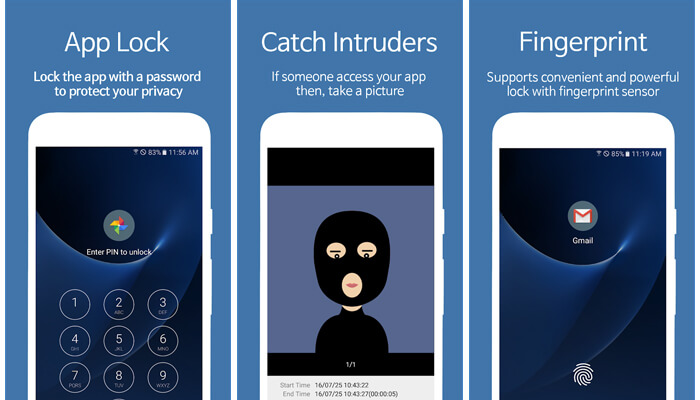 AppLock can lock apps and other personal data with a different set of locks. It is a free Android applock that is designed to keep the intruders away. It further hides photos and videos by encrypting the Gallery. The user can customize the app according to the requirement. 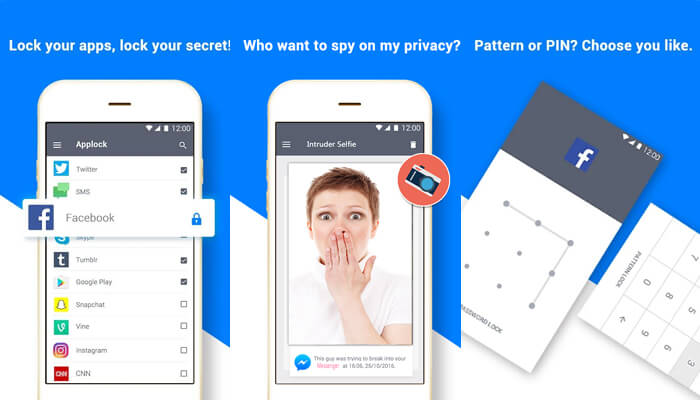 AppLock by IvyMobile can lock various apps like social apps, system apps, Android pay apps, or any third-party apps. To keep the device secure, it deploys an invisible pattern lock and random keyboard. It will ultimately secure the device in a much better way.

Perfect AppLock is yet another ideal app to secure the Android smartphone. Protect your files and apps with PIN, Pattern or even Gesture. 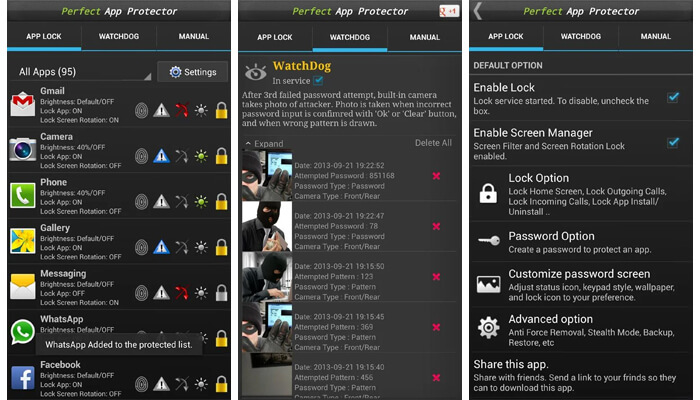 This Android app brings another level of privacy protection by bringing safety reminder tools. No one can change the setting of your phone and steal the device data with this app installed. 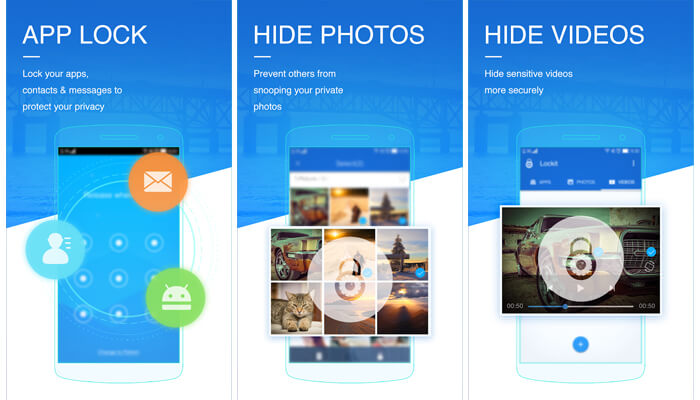 Smart AppLock is an app to lock the protected files and personal information. The app flawlessly locks the app content like photos, videos, SMS and call logs. 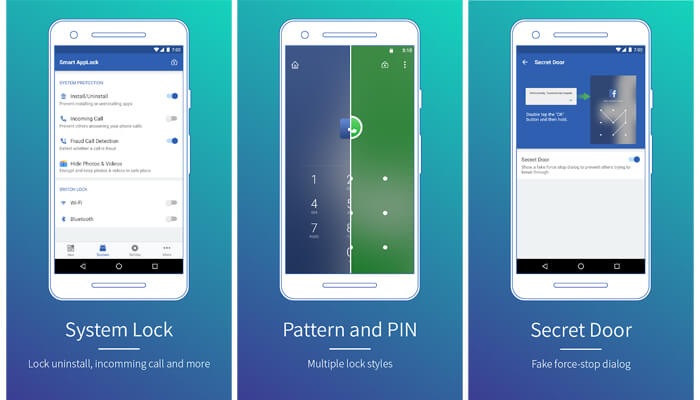 Unlike other apps mentioned in the list, this app is not exactly an applock. It is more like a launcher and applock is just an added feature to this app, which brings it here. The app lets the user secure apps and personal data by locking them in various ways. 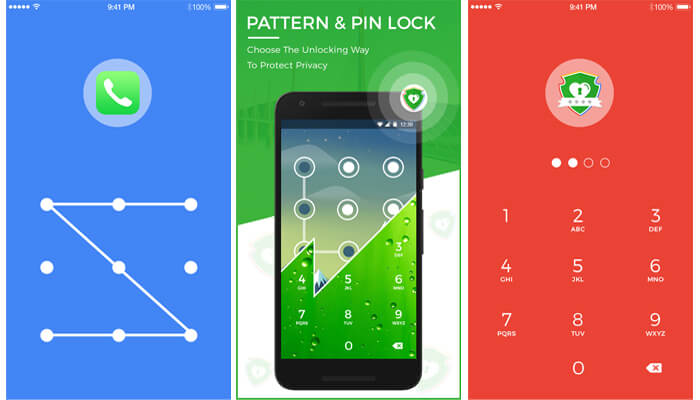 I have brought you these apps based upon their ratings, feedback, total downloads and their reputation of acknowledging the users’ concerns. Do note one thing, these apps will provide you an extra layer of security only when you have the device, or it's in your vicinity. In case your device gets stolen, these apps may not guarantee you the utmost security. For such a scenario, you may use the Android’s “Track My device option.”

Best 10+ Keyboard Apps of 2021 That Will Ease Your Typing

When we buy a smartphone, we focus more on the body, design, camera, and maybe the brand it’s associated with, but the one thing that most of us miss is the keyboard experience. A trashy keyboard experience can make or break the gaiety with the smartphone.In the age of floating keyboards a

In this list of best hacking apps, you will find multiple hacking tools that can be used to spot local hosts and weak signals along with their exploits. You can easily crack WiFi passwords, install a backdoor, snip traffic, and map networks. All these hacks can help ethical hackers or IT sp

Writing custom essays is a challenging task both for writing services and for many students as well. It necessitates time, effort and research. Also, some students prefer writing their articles on hard copies whereas others prefer the soft copy.Writing an article on a soft copy is better than on

Mobile apps are embraced in almost every field and the education sector is one where apps can play a significant role in educating the learners. Students can download apps to make boring lectures lively and exciting, which means students gain more while easing the learning process.Educational ap

Quality jobs are not easy to come by, especially if you are looking for a job change. There are various reasons behind that. Sometimes, the companies outsource the hiring process to third-party companies and sometimes, it ends up with internal hiring.Whatever it may be, the whole process can be