Tinder Loops: A 2-Second Looping Video To Spice Things Up 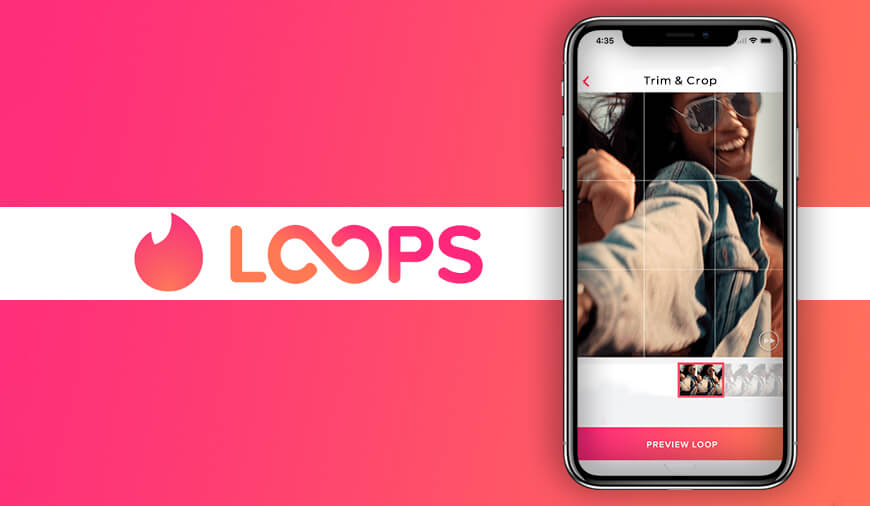 If you are done with posting static pictures on Tinder, I have some good and bad news for you. First, the good news, the location-based dating mobile app has rolled out looping two-second GIFs. Now the bad one, the rollout is only for the iOS users. But need not to worry, I expect Tinder to take care of its Android users as well.

“Now we’ve got a whole new experience that’s really going to set your swipe game in motion: Tinder’s new two-second Loops, where you can take any video and create a loop from it,” Tinder said in a blog post.

Read: Tinder Tops The List of Most Popular Dating Apps

The looping video feature from Tinder will offer you more space to display your potential rather than just a click in one position. The user can run, dance, flick or even be a little flirtatious; nothing can stop you now.

“That’s right, you get two seconds of looping video to show more personality, which is the best way to get more right swipes. You can be flirty, you can be fun, but no matter what, be you. And be quick about it, because everyone who’s anyone will be showing off their moves.”

Read: Tinder Gold: Now Pay And See Who Is Swiping You In The App

Incidentally, the user can’t shoot the Loop video from the app itself; one has to upload the video from the camera roll or upload a Live Photo from an iOS device. Furthermore, the loop video can be edited within the app. A Tinder profile can have a total of nine photos or Loops, which was six earlier.

Initially, Tinder came up with the Loop feature after successfully testing it in Sweden and Canada in the month of April. As of now, the update is made available in the US, Western Europe, and some countries in Asia and the Middle East.

The rest of the countries which are covered are as under:

With features update, Tinder is also taking care of the users’ privacy by encrypting the data. The company stated, “Images transmitted between Tinder app and servers are now fully encrypted."

Facebook is leaving no stone unturned in its campaign to become single social media platforms that offer everything in one place. In order to continue the action, the company has launched a new app Facebook creator for the influencers that help in creating and promoting the streaming videos on the p

Kebotix, a new Artificial Intelligence i.e. AI and robotics technology company that is created for the sole purpose of promoting the future of new materials discovery. This company also recently received a $5 million funding in the initial seed round that was led by one of the well-known organizatio

Ever since its genesis, Twitter has been infamous for its inability to curb sexual harassment of women on its platform. Time and again, women from all walks of life including celebs have been a victim of sexual harassment and while several have raised their voice against it, filed petitions, the sup

It seems that Facebook privacy woes are not going to stay behind. The high-profile scam of Cambridge Analytica scandal almost cost Mark Zuckerberg his position, and Facebook found its feet well above the ground. For the data breach of its users, Mark was even summoned in front of Congress and legal