It’s AI assistance for the US army. 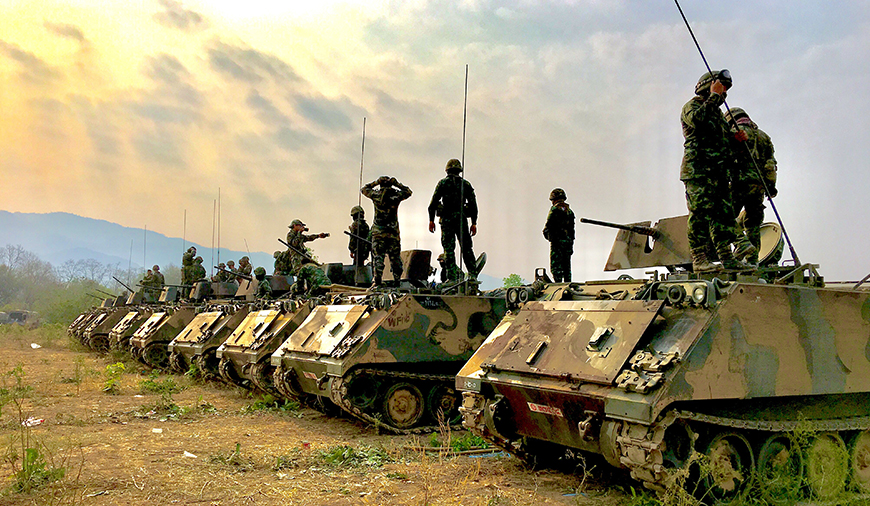 The manual tracking of machines that serve army is quite tough and almost impossible for humans. Having said that, it doesn't mean the army professionals will leave their combat machines to be looked after by machinery assistance only. It is just that US army has presented an impressive example on how to keep track of the mechanical health of millions of machines deployed for the army. Uptake technology is behind the AI enabled machine learning software embedded equipment that could easily identify when machines will need repair.

The machine learning software will be employed to watch a dozen armored infantry transport vehicles serving in the different areas. The company behind the project quoted to a major daily, “Our platform is like a brain that collects signals from all these nerve endings [in the engine] and produces feedback, whether it’s the coolant running low or some other problem, we know we’ve seen this in other engines, and can tell someone that the transmission may fail in a week or two, for example.”

Uptake is renowned to have provided services to some of the major brands including, Caterpillar, Boeing, Progress Rail and more. The contract with US army is quite limited worth for price $1 million. This small step may become the milestone for something considerable to come in the future.

Lt. Col. Chris Conley, product manager for the US Army’s Bradley vehicles, talked about the same to a major daily about the scope of the software to be adopted for more project if this trail appears to be successful. With this endeavor, the US army is looking forward to investing in AI to lessen the manual efforts it takes to look after the entire Bradley fleet.

It is a visionary step from US army to include the assistance of machine learning software in their routine work. In case, the trial appears to be successful, the army may invest heavily in such software.