Internet is no more a concern to play Android games 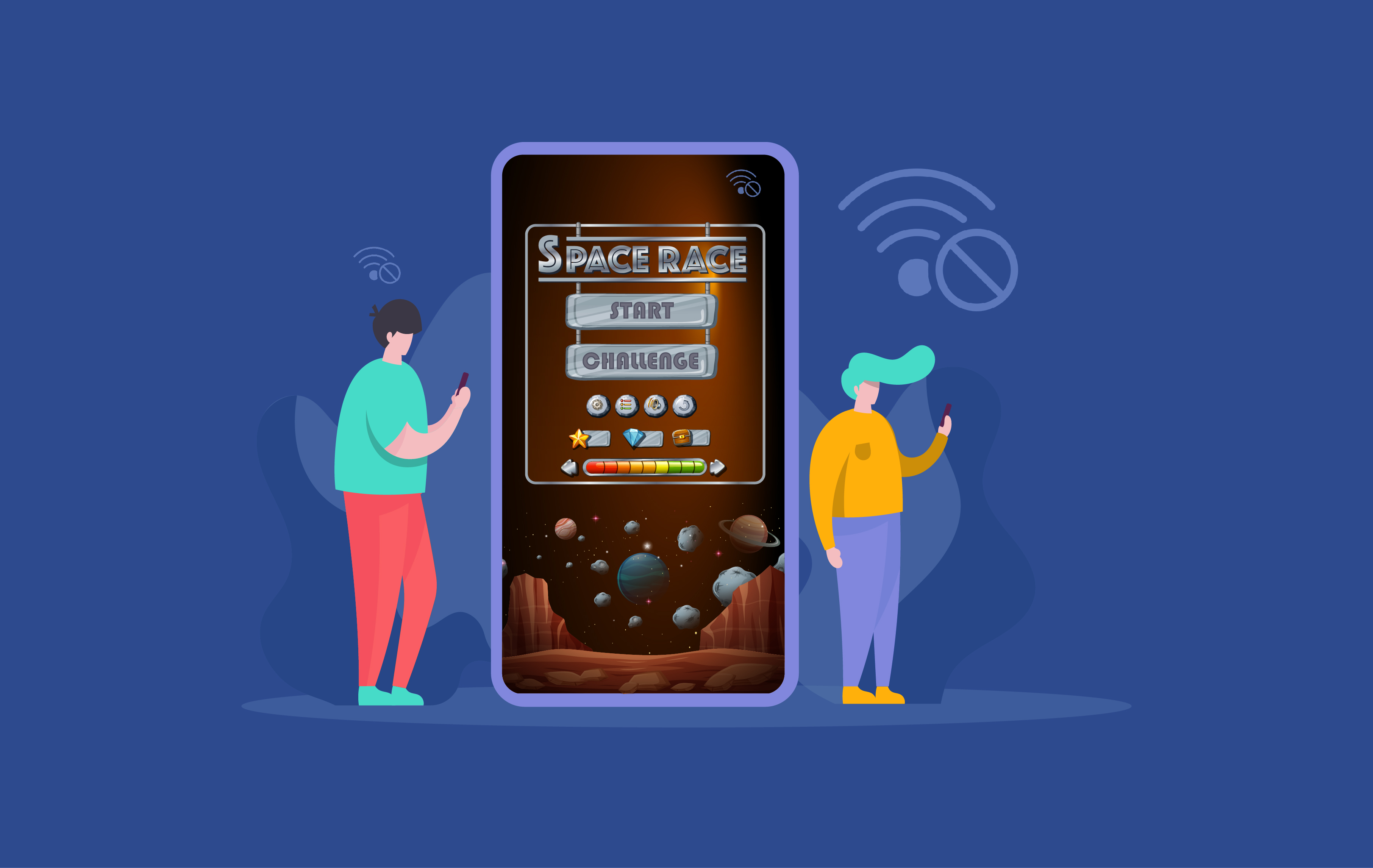 There are places on the earth untouched by the enlightenment of internet settled deep down miles away from us. What is your take on residing in such a place? Won’t that would give goosebumps to know you don’t have an internet connection or a wifi connectivity? Well, the kids may get confused in such a situation but the legends would love to roam around with their Android handsets on their hands busy surfing some exceptional games. Does that sound weird? Maybe to those who are not a big Android fan and thus lacks the necessary knowledge of the fact that Android games are available to play in an offline mode too. Three cheers to Android for such an offering!!

So, to all the Android lovers, residing at any of the global destinations looking forward to playing Android games, I propose my research list with ten different games on board. So, whenever you guys feel cut-off from the rest of the world, don’t panic! Read on the list and get to know about the games you could play offline. Let’s proceed.

If you have started with this video, you might be liking it for the fighting sequences the Android game represents, but folks, let me warn you about the dangers that come along. Even the early phases may prove to be challenging enough for the pros. The protagonist of the Android game needs to defend all the odds to reach their destination. At the start of the story, the player would be presented with a story that has hidden clues. These clues help players to go forward in the story to reach to the ultimate destination.

Although, this Android game needs no such mention owing to its popularity among the users. But let me summarize the story after which the game starts. In order to get the ultimate reward, the lead gets into a cave and tries to get trophy. As soon as the lead touches the trophy, a monster like mammal starts chasing the lead. The lead then runs endlessly to escape. Amidst the journey, the leading character needs to collect coins and other offerings that come along.

Much similar to Temple Run, Subway Surfers is an offering from Kiloo, the Danish game development company. The player runs to escape from a police officer who chases the lead to catch him. There are numerous options for the users to choose the lead and adorn them with exciting offerings. The Android game offers continuous rewards as soon as the lead reaches any given destination. The Android game is addictive enough to let you pass your time the right way. There are goodies, jetpacks, and other exceptional offerings for the players.

Thimbleweed Park is amazing but an old school Android adventure game for the folks. However, the game includes a lot of modern features but impressively manages its old-school roots. The entire Android gameplay is completely available offline. In the gameplay, FBI agents are investigating a murder mystery in an idiosyncratic town that is believed to be committed by some of the town residents. As the game develops, it gets more exciting and adventurous along the way.

Crashlands is another fantastic offering for the game lovers. The gameplay is available for Android users at the cost of $6.99. The protagonist of this Android gameplay is on a mission to build a base on a dangerous planet. There are a lot of dangers that the game lead needs to go through to form the base and return to space by escaping all those hinders. Crashlands is simple with streamlined inventory that the protagonist can use to create the base.

XCOM: Enemy Within is graphically impressive Android gameplay embedded with exceptional strategies. The strategy for the protagonist is to manage a team that is assigned to take down the horde of hostile aliens. The game is easy enough to learn but mastering the skills may take considerable time and efforts of the players. It is an adventurous, thrilling to go and a fantastic game offering for the Android lovers who love defeating their enemies on a battlefield.

It is a good Android workout game for your fingers. Fruit Ninja offers the players with a set of fruits dropping on the screen that they need to either smash or cut in between to earn the points. Run your finger across the fruit to slice the fruit in between. The flow of fruits to the screens in the game sometimes increases and other times decreases. The users need to slice all these fruits to reach the different levels one after another. Amidst the fruits the users will be presented with certain explosives that they must watch carefully. Touching these explosives cracks down the entire level.

Alto’s Adventure is one of the most popular Android games. The adventure game starts slowly for Alto and his friends. The Android snowboarding game is the best kind of adventure that users will have while playing the game. Alto keeps on surfing the snowboarding to collect all the offerings that come along. It is an adventurous offering for all the snow surfing lovers. The endless trail suits perfectly to the requirements of such players.

This sums up our offering on the list of best Android games available to play offline. All the offerings are equally exceptional and have something unique to offer to the users. Do give a try to one of the above-listed names and let us know your experience in the comment section below.

PREVIOUS Now, Instagram Feed Posts Can be Shared As Stories

Do you have to feel you’re not getting enough sleep? Or you’re feeling distracted and unproductive during your working hours. It’s common. It’s been a year, we’re working from our homes with consistent schedules and deadlines, regular rules, with lack of face-to-face in

You can’t deny that the smartphone is by far one of the coolest inventions, which not only establishes an effective communication channel but also serves multiple benefits. It will take you no time to connect with anyone across the globe using a smartphone - you just need to dial the person

10 Best Makeup Tutorial Apps To Lookout For In 2021

It is famously said that ‘Beauty lies in the eyes of the beholder’. Though we would sincerely like to believe that ‘beauty lies within every man and woman,’ makeup can be utilized to further highlight and enhance this God-made perfection!As per world reports, the industry

10 Best Apps for Writers To make you a better writer

With the beginning of a new decade, it's time to adapt to some new habits as well. One of the top picks in this scenario is writing. Yes, that’s true! A significant number of people move towards writing when it comes to choosing a new hobby. And it doesn’t always have to be