How To Get Best Emojis On Your Android Smartphone - MobileAppDaily
technology

How To Get Best Emojis On Your Android Smartphone

Take your emoji game to the next level 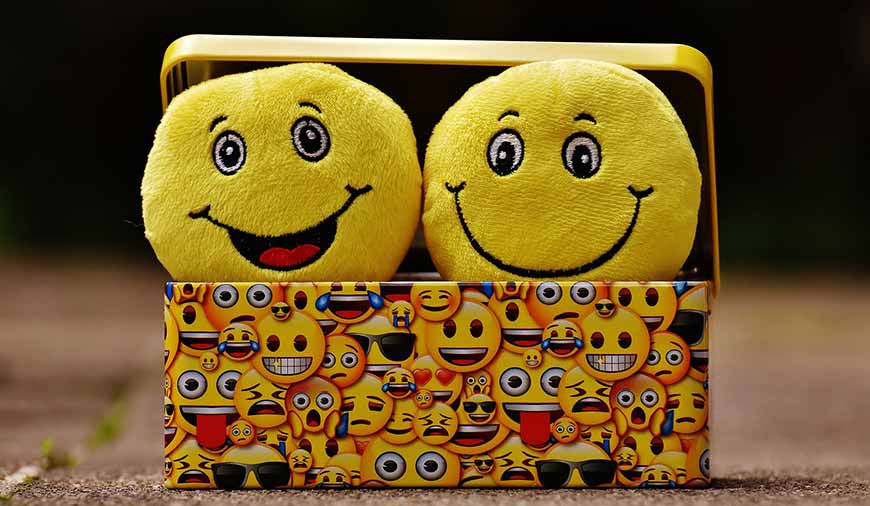 Let’s be honest with this, texting without emojis seems like you are playing a game that lacks aesthetics. And with best emojis, it is not only about the aesthetics but also about adding a natural flair to your texting that adds-on to the meaning you wish to import. Words are powerful and the touch of the right emoji enhances the effect of the same to the other person in the communication.

Because of their ability to pass on the right meaning, the trend of using the best emojis is growing. In case you are an iOS User, the emoji game is already on for you. But the Android users lack the advantages the iPhone users have. Apple has made emojis a standard part of the iPhone keyboard. But for Android users, there are no such offerings. Well, different apps like Facemoji are available for Android users that they can install for the similar concern. Third-party keyboards like Swiftkey is also there for the users. But this post is dedicated to helping users (who have older and even newer handsets) to get the emojis on their smartphone.

Let’s get into the details one-by-one

Check if your phone can read and write emoji

In order to determine the same, the users will have to go through the following settings:

How to get best emojis for older Android smartphones

An operating system update is all that it takes to push new Android emoji on any smartphone. In case your Android device is much older it may get difficult to install these emojis. And for the smartphones, running on versions earlier than 4.1, it is not possible to display any kind emoji at all. In case you are wishing to use emoji for texting on one of the older versions, you will require to install a third-party keyboard app along with Hangouts as the texting app to become able to chat with the best emojis on the older versions.

Although apps like Facebook and WhatsApp are there for such users and they also eliminate the requirement of using a third-party application.

For doing the hangout settings, the users can follow the following steps as prescribed here.

As mentioned above, there are a number of emoji keyboards that users can use as one of the prominent emoji-compatible keyboards from the Google Play Store, SwiftKey and Gboard are two prominent. In order to turn on the settings, the users need to go through the following settings.

Getting Android Emojis On Newer Phones

The newer version of Android phones support the emojis and thus users have a good time even if they are texting. Some Android smartphones may not support all of the emojis that they received from iPhone users. This becomes a case of concern for the users. But there is a solution to this concern too. The possible reason for this problem can possibly be not upgrading the device to the latest Android version. In case, it is the issues, it is recommended to upgrade to the latest version. In case, an emoji does not appear on the keyboard, it only requires turning on the settings.

For doing the right settings, users need to go through the following steps:

After that depending upon your device compatibility, you will either get the keyboard (if the above-mentioned settings are applicable for your device) or you will have the option to pick the Google keyboard directly. After that go into preference (advance, as some device name it) and turn the emoji option on. You will get the emoji button (next to space bar) near to your Android keyboard.

Android’s emoji game is not as robust as its counterpart’s i.e. of iOS. However, the guide explained here is more than enough for any Android user to know everything about the emoji, the third-party apps that provide the best emojis to the users and Android keyboards too that are good to have with Android users when they are looking to make their emoji game prominent enough.

We are a huge Android fan and thus we keep our tabs on every move Google takes on its Android emoji game. And, as per our research, Google had been working on improving the emoji compatibility issues for older Android versions too.

PREVIOUS Tinder Tops The List of Most Popular Dating Apps

NEXT How To Watch FIFA World Cup 2018 Online

Amazon Echo does hold the future of smart devices. After the evolution of the smartphones and smart wear, it was time to bring in smart speakers that Amazon pulled up in the clockwise precision. With the launch of Echo smart speakers, the American electronic commerce and cloud computing company let

BBC iPlayer went live at the Christmas Eve of 2007. It is an internet streaming, television and radio service where you can catch-up with the programs that you might've missed. Initially, the programs were available for only seven days after their broadcast due to copyright reasons. This duratio

Google Secretly Announces Plans To Make Over The Internet With AMP

Google is one such organization that is continually working on improving the web experience for its audiences in the global arena. And, we being the prominent Google fans keep our readers updated with every latest happening. Among a number of projects that the giant is currently working on, one prom