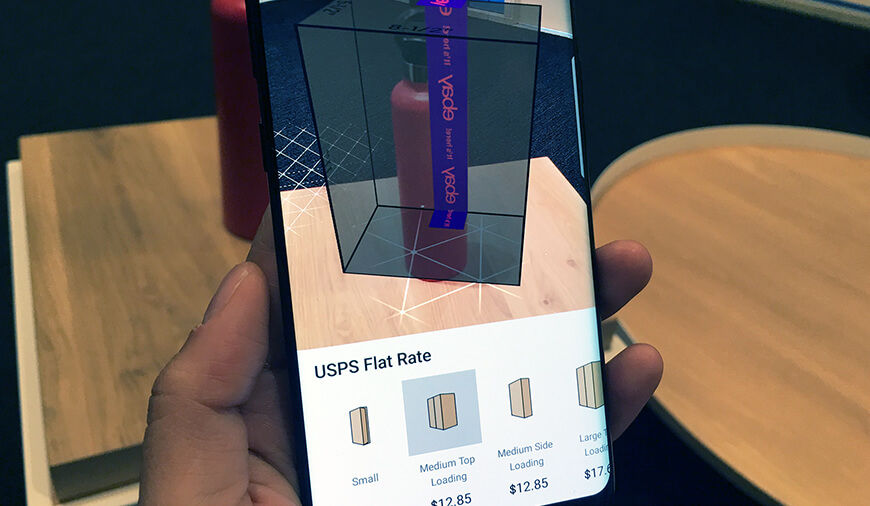 eBay, the popular E-commerce platform is finally using the Augmented Reality for a better reason than just capturing the cartoon characters. The online shopping platform has just added a new AR feature to its app for the sellers. The feature enables the users to know the precise size of the box they need to ship their product.

The idea behind the new AR option is to allow the seller to know what size of shipping box they require for the product just by using their phone. The feature supports a large number products including, automotive parts, kitchen appliances, households, backpacks and much more. The sellers just need to put their phone in front of the stuff they wanted to ship via camera, the eBay app will tell them the right box size needed for that product. This will save sellers from making trips to the post office for looking the right size box for safely shipping their products.

In addition, eBay mentioned that the app will also provide the real-time shipping cost calculation to the sellers. The AR feature has been built on Google’s AR-core which the search giant launched last year against Apple’s AR Kit. However, the e-commerce platform did not share the name of the devices supporting the new AR feature, but probably all the AR-core compatible smartphones are good to go.

eBay used the Augmented Reality to superimpose a product with a virtual box to get the exact size they need to ship the item. This will save a lot of effort and cost of the sellers they have to invest while shipping a big lot. This proves that the Augmented Reality can benefit in the real world if implemented smartly for the users like what Ikea did with its app.

PREVIOUS #DeleteFacebook: Insights On The Reason Behind The Trend

The security and privacy remain the highest concern with the spurt in the number of hacking attacks and cybercrimes. The breaches and vulnerabilities have become part of our lives and we need to understand the basics before moving into 2020.The ease of access hacking tips on the smartphone has m