The Best of 2017 Biggest Tech Stories 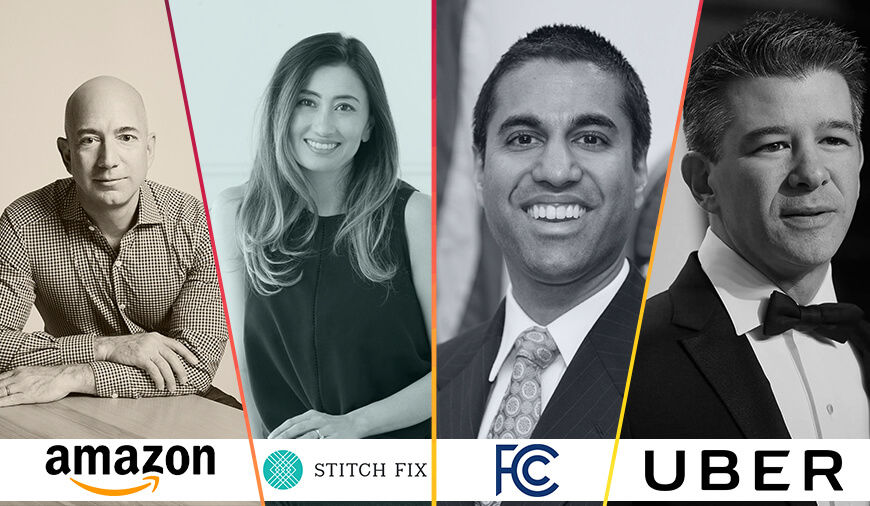 The year 2017 is already over and we are left with the impressive memories of some of the most influential tech stories from around the world. Be it about the bitcoin or the face recognition technique in Apple’s iPhone X, the year 2017 seemed a massive one for the growth of the technology. The post is going to remind you about some of the biggest tech stories from 2017 to explain why those stories made the headlines.

Insights of The Best And The Biggest 2017 Tech Stories

Amazon’s Increasing Worth In Retail

Amazon’s power move in the retail industry was one of the biggest stories that made the headlines in 2017. Amazon is trying to get into the grocery business from past a few years and launch of AmazonFresh grocery delivery service was the biggest proof of it. The giant’s announcement of buying high-end grocery for a whopping $14 million through a cash deal was its biggest acquisition for the year.

Amazon has bigger plans than just holding an acquisition worth $14 million. The “whole food industry” has been struggling to grow in all these years and Amazon’s investment in the same could prove to be beneficial for the industry.

Last year, bitcoin, the most popular cryptocurrency made the headlines like never before. People are immensely interested in this virtual currency, which holds the potential of growing massively in the upcoming year. Owing to its worth, bitcoin got into the mainstream unlike a number of other cryptocurrencies.

Bitcoin’s ecosystem gives it an immense potential to grow further in upcoming years. The secured blockchain ledge is one of the things that has given this virtual currency an exceptional chance to grow like never before.

Uber was always in the news in the year 2017. From making headlines for some right and some wrong reasons (a few times), Uber ended up being the most talked-about venture in 2017. Although Uber has been enduring a lot of losses from past some time, it has always created the headlines in the year 2017.

Be it about the mess at the executive level for a new CEO’s appointment or because of lawsuits Uber experienced throughout the year, the company continued to get the limelight for a variety of reasons in 2017.

Apple has all the potential to remain in the news owing to its massive stake in the tech world. Apple, however, made the headlines for a number of reasons including some controversies too. Additionally, the launch of the iPhone X was one of the successful moments for the tech giants in the year 2017.

Apple’s iPhone X face recognition was one of the most exceptional features the phone has offered to the users. The profound feature has already impressed the users and continues to be the USP of the iPhone X.

Russian election was influenced by Facebook as the tech giant enthusiastically impacted the process. It carried out major polls without feeding the users about the true worth of those pools. Facebook’s role in that election was then brought into the limelight and the giant even asked for the apologies from the users for the same.

Facebook’s potential of influencing the users is not a new story. It has got all the successful elements that the social giant needs to feed its loyal users. Owing to all these elements, Facebook too came into the limelight for making some of the major headlines the previous year.

Tech stories like the ones we have covered here will keep on expanding and we promise to bring you insights on every major and minor element from the tech world. If you like our efforts, do mark the article with the “helpful” feedback. Till then keep browsing through our website for all the latest insights on the news from the tech world.

Apple at its this year’s WWDC conference unveils many surprises and upcoming upgrades in awaited iOS11. Google also revealed some of the upcoming features of the next-generation operating system at the I/O 2017 but assumptions never stop. Both the Giants always in news either it's by their

How To Block Ads on Android Device Without Root

Since the dawn of time, we humans are being bombarded with advertisements with every possible way we can. And, in case you are a user like me, you will not like the experience at all.In fact, no one likes being broadcasted to a series of ads amidst something very interesting. Unlike yesteryears

Know The Concept Behind Memory Utilization In Linux

Linux is one of the popularly known and widely used Open Source operating system. According to the Wikipedia's definition, Linux is a family of open source and free software operating systems that are built around the Linux Kernel.Basically, Linux is packaged in a form known as the Linux Dis