Apple's Siri Is No Competition For Amazon's Alexa, Proven At CES 2018 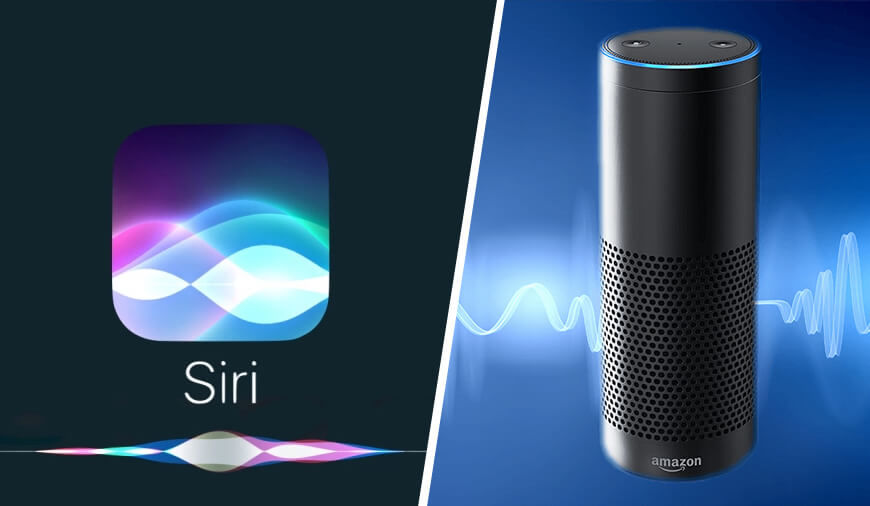 Apple, the tech giant known for its revolutionary inventions every year to amaze the people around the globe. The iPhone maker that has changed the face of smartphone industry in 2007 with the launch of the first touchscreen phone. Moreover, it became the most valuable company in the world, but things seem to be slipping away from Apple’s hand now. Maybe the iPhone X made an iconic buzz in the tech world, but the company is losing voice-assistance tech war to Amazon.

The latest trending technology, voice-based-computing is emerging as the new way of using the technology for our good. Amazon with its Alexa, the voice-assistance is beating the most dominating company in the tech world. The CES 2018 is the latest proof of Amazon leading the race in voice assistance technology. The hub of tech companies is used to be a place for Apple to show off its strength and potential. Every Year the company came up with something that triggers the buzzing stream across the whole tech world. Where Apple used to reveal its latest invention and every other company tries to give it a competition but eventually lost it to the iPhone maker. But this year the International Consumer Electronics Show was all about Amazon’s Alexa who has beaten the Siri. This year Amazon stole the Apple’s place at the show and replace itself as the most influential company at the event.

At, CES 2018 most of the tech companies introduced their gadgets powered by the Amazon’s Alexa for voice assistance. There was a variety of Alexa enabled devices, including the smart glasses, Toyota cars powered with a voice-command feature, smart home gadgets integrated with Alexa support. While walking down the show there were countless Alexa-powered devices being demonstrated by the companies. This shows how Amazon’s voice assistant is dominating the field and beating Apple’s Siri. Apple’s invented voice assistant, Siri was not even near the Alexa in the competition at the CES. The foremost reason of Siri getting pushed back by the Alexa is the isolated nature of the Apple. The Apple’s HomPod powered by Siri is also a smart home product but didn't offer advantages and features as much as Amazon’s Echo. This is because the Apple didn't give the developers much of access to the voice assistance for building such features. On the other hand, Amazon Alexa is being integrated by the developers to explore new possibilities to enrich the consumer's living room with smart tech assistance.

The other thing that is putting a curb on the HomePod sale is the Apple’s hefty price tags on its products. The HomePod costs $359, whereas, Amazon launched a small Alexa enabled device Echo worth $50 and much more powerful than HomePod. The access to Alexa's core features enabled the developers to build more powerful apps, gadgets and smart home products powered with voice-assistance. Amazon occupies the two-thirds of the market even with the Google in the battlefield.

The enormous number of gadgets equipped with Alexa at CES 2018 has proven that Amazon has the upper hand when it comes to the voice-assistance computing. However, Apple won't be getting back down with this, it is surely working on some more smart products to show Amazon that the war isn't over yet, in the coming time. But, for now, this year’s CES gave Jeff Bezos, Amazon CEO a number reasons to celebrate.

NEXT Apple's iOS 11.2.2 Comes With Many Surprises And Questions