All New Android 8.1 Developer is Still Under The Goog
News

All New Android 8.1 Developer is Still Under The Google Scanner For a Few Drawbacks

Google has recently released Android 8.1 Developer Preview, which is still running under the scanner instead of being a show stealer! 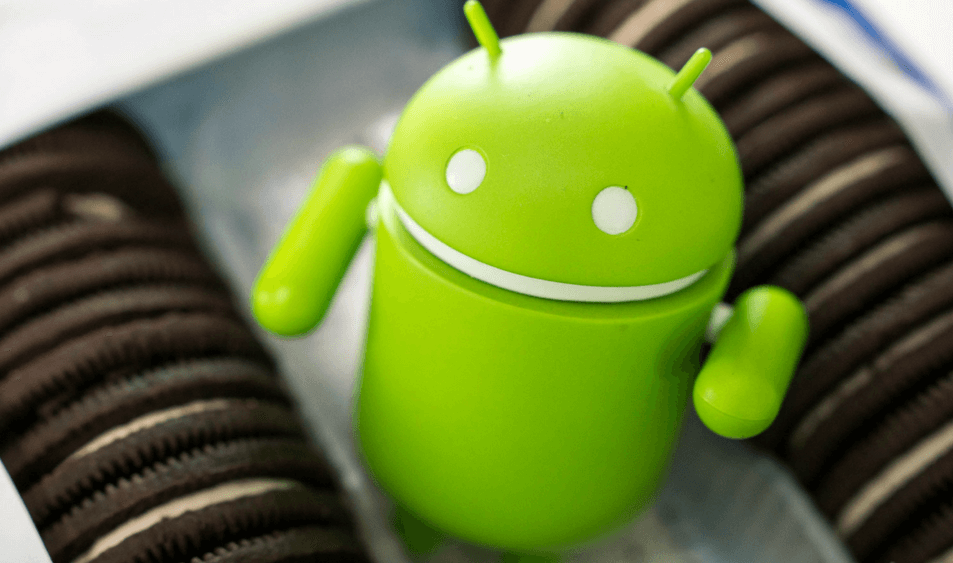 A glimpse of the latest Android 8.1 developer has been showcased with some improvements and many drawbacks of the features and UI upgrades. There is still a ray of hope for these features to improvise significantly yet feedbacks are required to remove the bugs.

The Android beta program users can easily test the latest updates through an OTA. Users can easily download the program with an unlocked boot holder it will also install the system images. These OTA’s in the Android Beta Program have a positive side that they do not need a device factory reset. Yet there are reports that a few Pixel 2 models are prone to falling to the flash factory images of the Android 8.1 developer preview.

Most of the devices are facing a lot of problems while installing the OTA sent by Google. There are many incidents of these glitches while Google is under the process of examining the Android 8.1 beta installation failures. Error messages like couldn’t update and there was an installation problem are fading the excitement of Android 8.1. Users are getting a download awaited statement who earlier had enrolled their device in the Android Beta Program to receive the latest evaluation releases over the air. 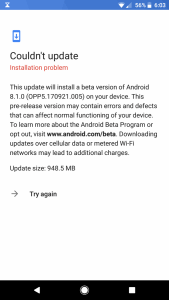 Many users who tried to install the download of OTA are unable to install and then boot into the Android 8.1 they received the notification of update failed once they rebooted their phones. Essentially, it was required to complete the process and then they found their phones back on 8.0. Now, this has raised many eyebrows towards Android 8.1 developers.

These issues are being conveyed to the Google Pixel user community and also on Reddit. Google has also recommended the users who have been facing the problem to post their issue experiences over the Pixel community. The company is in a process to remove the manual OTA file downloads as for 8.1 developer preview. So, as per the present scenario way out for installing the 8.1 beta seems to be, getting the registration done for the Android beta program and patience to wait for the official update or flashing the full factory images.

However, the community manager at the Pixel user community has mentioned about the collection of the feedback about the reports of OTA installation failures and error messages on 8.1 beta from the users. He expressed the eagerness of getting more and more feedback so that they can find out more bugs and remove the same as soon as possible.

More and more brands are joining the AR campaign with the recent launch of iOS11 by Apple and Amazon is the last one join it. The online shopping platform just added an AR feature to its mobile app for the users. Since Apple launched iOS11 powered with AR support for iOS apps almost every popular iO

The manual tracking of machines that serve army is quite tough and almost impossible for humans. Having said that, it doesn't mean the army professionals will leave their combat machines to be looked after by machinery assistance only. It is just that US army has presented an impressive example