Facebook Hit Highest Profit In Q3 2017, In Spite Of Its Russia Problem 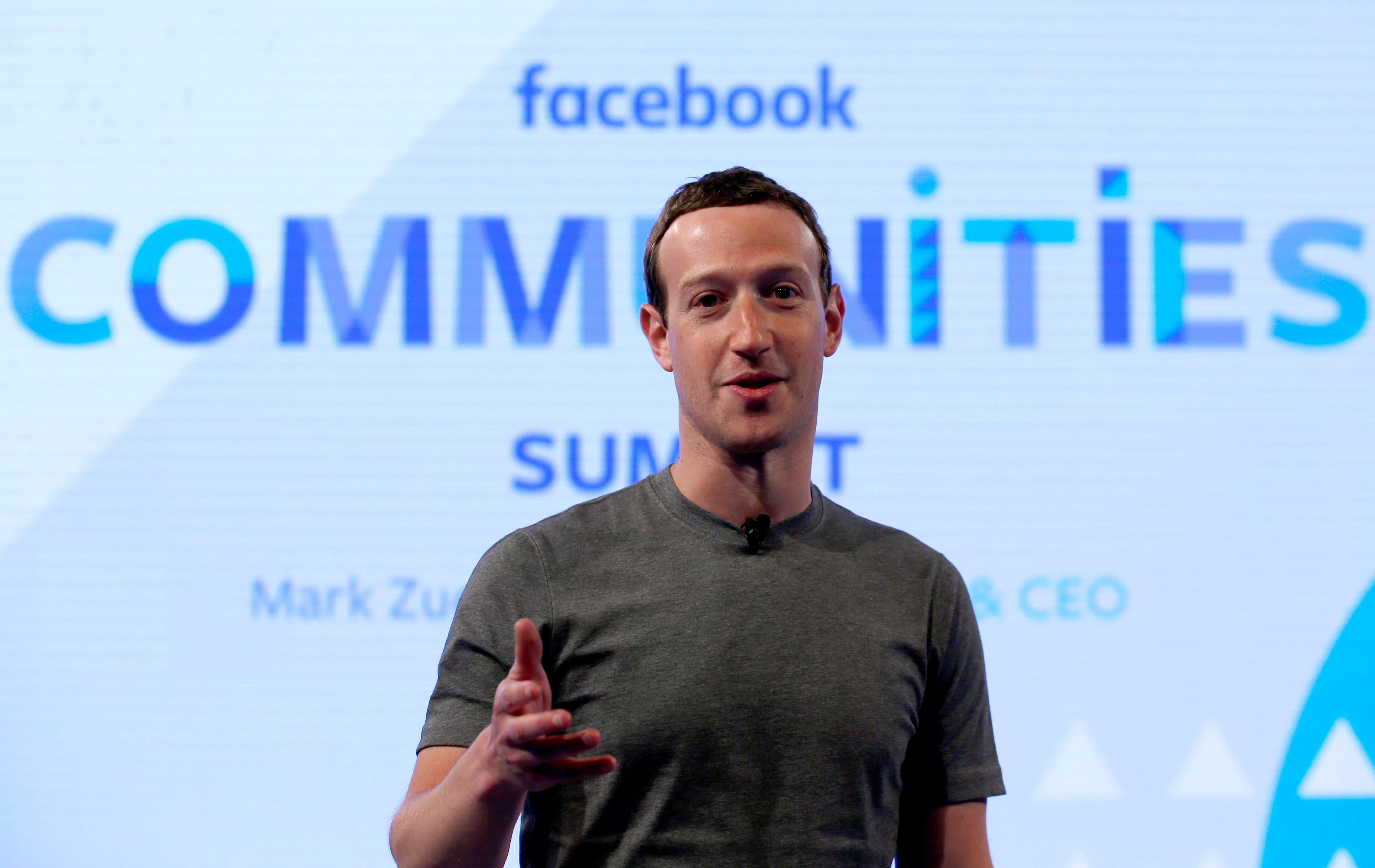 It seems the ongoing investigation regarding the interference in the Russian elections of 2016 has not restrained Facebook's popularity. According to the Q3 earnings call of the Facebook, the fiscal figures shows that the profits are all-time high for the social networking giant. In Spite of the accusations and the regular revelation of Facebook's involvement in the 2016 Russian presidential election Facebook’s share continues to grow. 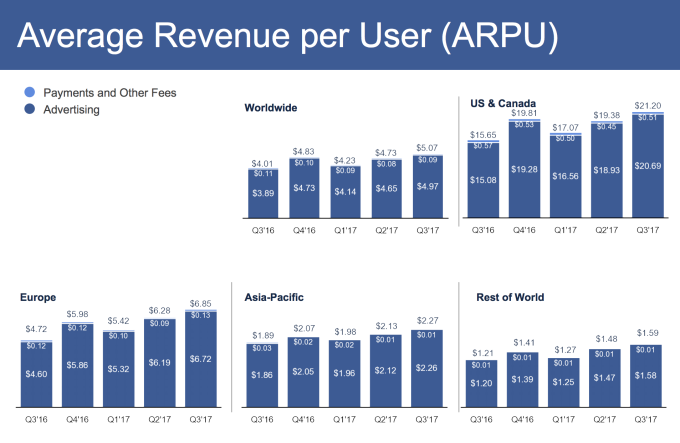 Facebook announced its Q3 earnings today and shows that the recent incident did not hit its profitability yet. The company continues to crossing the estimated figures and earned $10.3 billion revenue along with $1.59 GAAP, which is actually earning per share. Facebook's business expansion has beaten its estimate of $9.84 billion in revenue and $1.28 EPS in this quarter. There is also a  boost of 12 percent in Facebook’s revenue growth from Q3 2016 to this year’s Q3. This explains the Facebook’s warning that it is running low on space showing more ads. The average revenue per daily active users also shifted from $7.51 to $5.95 in a year. The mobile ad revenue also contributed to the overall Facebook’s revenue growth by hiking from 87 percent in Q 32016 to 88 percent in Q3 2017.

“Our business is doing well,”  said Mark Zuckerberg, Facebook CEO, further added “But none of that matters if our services are used in ways that don’t bring people closer together. We’re serious about preventing abuse on our platforms. We’re investing so much in security that it will impact our profitability. Protecting our community is more important than maximizing our profits.” 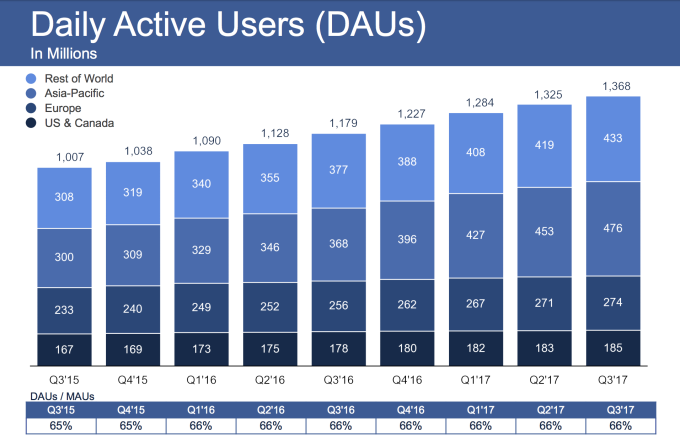 Facebook’s user growth also proved that the company’s network only continues to expand with a rise of 3.19 percent. Facebook now owns 2.06 billion users across the globe compared to 2.006 billion in 2016 and daily active users also increased by 3.8% quarter-over-quarter by reaching to 1.37 billion counts.Talking about the Facebook’s share price, it also experiences a hike of 1.28 percent as it closed at $182.66 prior to the earnings call from the company. 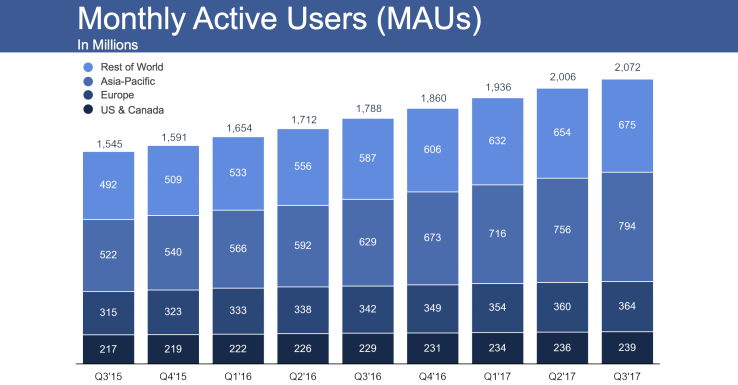 In addition to the Facebook’s quarterly profit, Zuckerberg also mentioned that WhatsApp status and Instagram stories have reached 300 million users. Snapchat features clones have beaten the creator by acquiring almost double users as Snapchat stories are being used by 173 million daily active users.

NEXT More Buttons! New Google App feed is coming up with round UI elements

Should You Always Keep the Android VPN On?

VPNs are one of the best ways you can protect your data. By connecting to a remote VPN server, you can mask your location, encrypt your data, and bypass geographic restrictions.Now comes the critical question, ‘Should VPN Always be On?’ In most cases, the answer is yes, espe

Science Center Visitors Can Experience the Space Tour via App

The Great Lakes Science center has launched the new app called ‘Mission to STEM’. This app allows visitors of NASA Glenn Visitor center to experience how it feels like to be in space. It is a complete new way ahead in the world of innovative mobile apps for iOS.According to CEO and t

Buying a car has never been easier with Facebook’s latest search filters for its Marketplace for vehicles. The New Mobile App Technology powered search filters enable users to find a ride with a specific type make, model, mileage, transmission, and more from both people and car dealerships lik