Instagram DM Is Getting A Competition From VSCO’s Message Feature 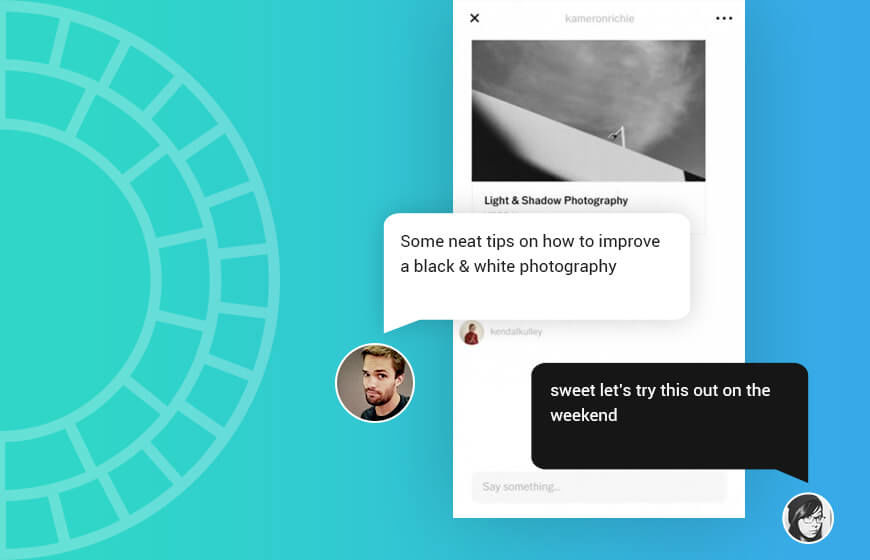 The leading photo-sharing app, Instagram is getting a tough competition from non-other than VSCO app (Visual Supply Company), the photography app for iOS & Android. The company has announced the launch of a feature for private messages so that people could interact more frequently on its network. The company describes its vision by stating that users can "exchange editing tips and tricks, share compelling profiles and published content, and receive creative feedback from peers."

The innovative feature makes it easy for VSCO Users to message their followers. The feature will be made available for the VSCO X user's first and will come to free users in the upcoming weeks. VSCO’s messaging app works similarly like other messaging services and much specific to Instagram’s direct message feature. With this innovative change, users can forward images that they see in their feeds just by tapping the arrow icon, which is much similar to Instagram. This initiates a private conversation between the two users.

There no mentioning if users can start the group message thread. Additionally, there is no official comment made by VSCO about the group message feature. The move has been made to make messaging an integral part of the app like it has become for the Instagram in the modern times.

VSCO has clearly predicted its intention to make the platform a place for users where they can talk privately. Talking more about the fact VSCO co-founder Greg Lutze said:  "The concept that a good photo is one that has lots of textures or colors is something that we wanted to dispel,". "The composition, the lighting, and the subject matter are what’s interesting, as opposed to if there are 10 layers of filters and light leaks in it."

With VSCO Cam, the company is bringing a series of its trademark tools and filters to the mobile app. While Instagram makes your photos look interesting, VSCO makes them look real, of course with the use of the exceptional filters. Now that phone cameras are sharp enough, VSCO is attempting to touch the next level of photography by making users’ picture real enough.

The Social Networking apps seem to be in the never-ending war of giving innovative features. Recently WhatsApp and Facebook Messenger have given some interesting features to the users. Now Instagram comes up with a new addition to the option of pic sharing across the platform. The company is plannin

Apple has finally touched the $1 trillion milestones and become the first company ever to own this much of market capitalization. The tech giant achieved this value on Thursday after its market share experienced a sudden hike. On Tuesday, Apple shared its quarterly fiscal figures, and within two day