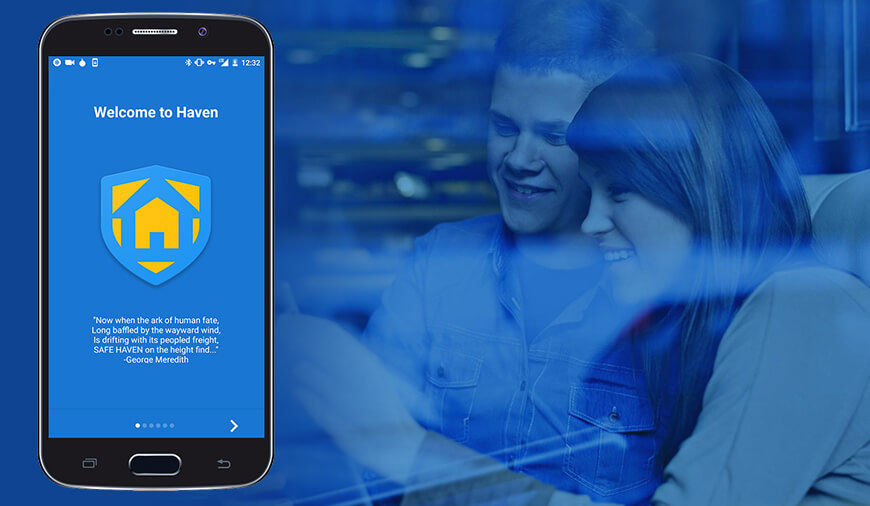 Designed to be installed on Android phones, Haven is a system for users to help combat security threats. Haven app uses the phone’s camera, microphones as well as an accelerometer to track the motion of the Android device.

By installing Edward Snowden’s App into your Android phone the users are sure to get a number of benefits. You can leave the app running while managing your daily chores, for instance, say, you are staying in a hotel room away from your home, the app will then track every minor activity currently happening. The app will then capture the photos and the audios of anyone entering the room.

The captured pictures and the audio files will then be sent to users’ primary phone to alert them. The application also uses the phone’s light sensor that triggers an alert if the room goes dark.

"Imagine if you had a guard dog you could take with you to any hotel room and leave it in your room when you’re not there. And it’s actually smart, and it witnesses everything that happens and creates a record of it," Snowden quoted to a news daily. "The real idea is to establish that the physical spaces around you can be trusted."

For now, Edward Snowden’s security App only works for Android devices. But the app’s developers have all the plan to take the application to the iOS devices too in the future.

The users need to have some technical know-how of how the app can be installed on their smart devices like laptops and smartphones. Additionally, Haven is an open-source project that can be installed from here.

The Haven app is not a security app rather a repurposed application that has been designed to protect Android devices. By using the potential of built-in sensors, the app turns a system into multi-functioned security gadgets alerting the user every time any mishappening is attempted.

Haven security has been developed to take a surveillance mechanism to a whole new level. As a part of the same functionality, the alerts in the form of photos and audios sent over users’ phones are end-to-end encrypted so that only the actual users can see the alerts.

NEXT Great Jones Street is Shutting Down: Read More About The Fictional App Here

How to Hide or Unhide Apps on an iPhone

Many a time, the apps on your iPad or iPhone may go for a swing. You just can’t locate the app you are looking for. There can be several reasons for the same. One is, you may have put the missing app in some folder, another case is, you may have deleted it to add up some extra space, or simply

Streaming videos online is a trend these days and people keep on watching different types of videos on their phone or computer. There are dozens of online video-streaming services, including YouTube, Vimeo, SoundCloud and so forth that offer you an opportunity to watch tons of videos for free.

Apple finally accepted that its products are vulnerable to some of the most popular bugs in the computing world. On Wednesday, the iPhone maker announced that its all the mac system and iOS devices are not immune against the Meltdown and Spectre. The company also assured its users that the ‘fi

Oracle, the multinational technology firm has announced that it will be integrating autonomous capabilities into all of its Platform-as-a-Service products (PaaS). The company specializes in database software and cloud engineered systems and thus it launched the self-driven database version, “1

OnePlus Enters The Top 5 Premium Smartphone Brands In The World

Year-on-year, smartphone companies outdo themselves and users’ expectations and bring crazy innovations to the market. Often new players find the gap and enter the smartphone market. OnePlus is no exception. In the sea of expensive and premium smartphone brands, OnePlus had very well understoo