Facebook is allowing the outside developers to create AR masks 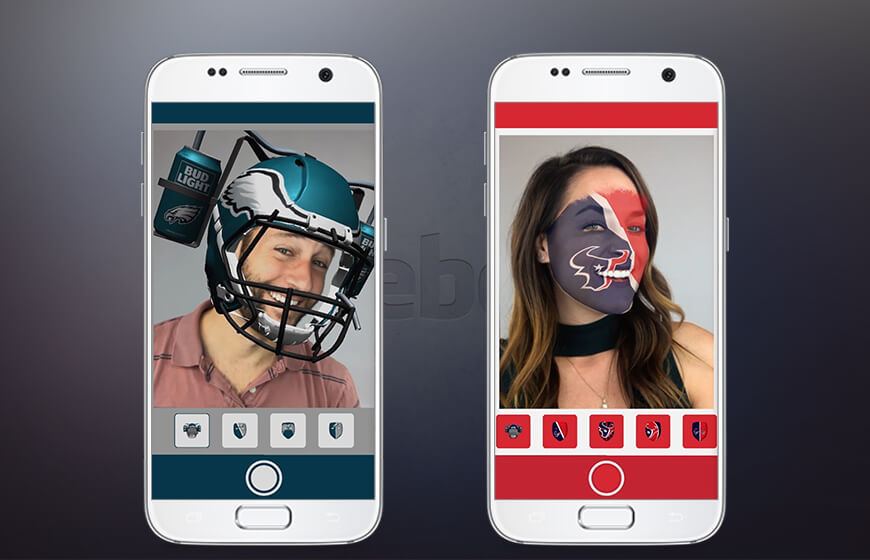 Facebook’s vision of Augmented Reality has always been clear clear and now the company has taken one more step for promoting the AR technology. The social media platform has open the gates for outside developers to build Augmented reality masks in the Facebook's in-app camera. The company promised to make available its platform for the handful of developers to create their AR features for its Facebook app earlier this year.

Recently, HBO added the AR filter for Games Of Thrones fans on the Facebook to become a Knight King. After that Star Wars also introduced the filters to change yourself into a movie character on the social media platform. With the help of an Augmented reality mask, both HBO and Stars Wars was successful to get in trend over the social media.

On Tuesday, Facebook announced to open the platform for all the developers interested to create more alluring Augmented Reality masks and features for Facebook’s in-app camera. The Camera Effects Platform is accessible to every outside developer to show there AR creativity now. This means we could see something that never been thought or created before for Facebook Augmented Reality Masks. The interested developers now, have the opportunity to show their skills using the technology by putting virtual objects in the real world. However, the platform access won't change something dramatically for the users but it definitely will bring some cool and funny Augmented Reality masks in the coming time.

Facebook believed in the Augmented Reality from the beginning and wants to explore the technology as much as possible. With this step, the social media giant becomes one of those big fishes in the tech world trying to put the AR technology in the consumer's hand. Facebook is also working on the AR glasses and planning to change the way we look at this world with the help of Augmented Reality. Similarly,  Apple used its iOS 11 to spread the AR apps to the people, although it holds the benefits of owning the hardware to manage the outcome more efficiently. Snapchat is also in the race by introducing new AR filters regularly for the users to post interesting stories.

The AR is in its initial state and most of the companies are using the Augmented reality masks feature to target the users. By giving the access, Facebook is not only inviting the developer but also creating a new path for potential business providing advertisers a platform with billions of audience.

AR studios, the Facebook's AR platform is accessible to the developers since Tuesday and will reach out to all developers across the globe in a few days.

PREVIOUS Uber Stands Against the Cash Payments Ban in Mexico

NEXT Instagram Hashtag Following: The New Vogue For Users