No More Data Wastage With Google 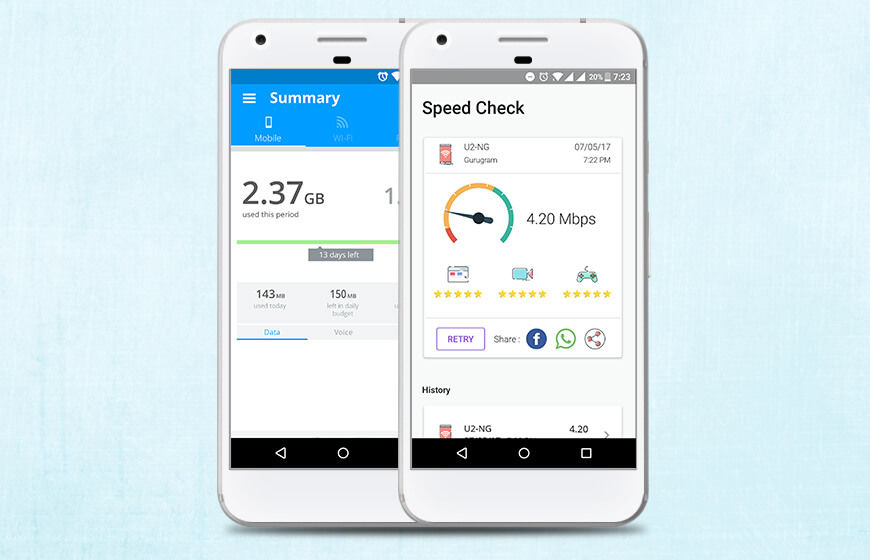 Termed as “Datally”, Google’s new Android application is here to help people manage their data wastage, which is a major concern for the users today. The all new Android application helps you understand where your data is going, how much you are using, and how much data is getting wastage in the apps running in the background helping the users save a major portion of their data that otherwise goes wasted.

The mobile app is designed to show the data usages and the ways to cut down the same. It also recommends the nearby Wi-Fi networks to manage the data usages. Datally is Google’s very recent addition to its initiate to making Google products available in places having limited mobile connections. For the same reason, Google is focusing on such a basic feature of managing data storage in the smartphones. Another news to get delighted about Datally is it only takes up to 6MB of mobile spaces.

Talking about the application, there is a button at the top that helps users manage all the background data usages. So, data is consumed only by the apps that are active on the mobile screen. A bubble will pop up to notify the users of current data usage. In case, you don’t want all the apps to stop at once, Datally lets you go in to control the data usages by app basis.

Datally is not very much exciting for a regular Android user as all the functions that it offers are the core built-in feature of Android apps. But, the fact that these features are hidden inside the setting menu offers more weight to Datally app as the feature neatly appears in the Android application. As a standalone app, Datally lets people manage the app usages directly as its core feature.

Josh Woodward, the product manager, Datally, says the idea for developing the application came from watching people go lengths to save their data. In order to manage their data expenses, people do not hesitate to switch to airplane mode and then back to the normal data mode to get all the messages.

“A bunch of us on the team spent a lot of time on long flights observing people in their homes, bus stations, classrooms, and kept seeing this airplane mode behavior,” quoted Woodward.

Google has tested Datally in the Philippines and the initiative from the giant is able to save, on average, 30 percent of their data. Additionally, the Android app has already been made available to other smartphones and can be run on smartphone having Android 5.0 or higher OS versions.

PREVIOUS Microsoft Will Bring The Tabs To The Windows 10 Apps

NEXT Recent Changes You Need to know in the Redesigned Snapchat

Google G Suite Gets New Security, Messaging And Other Tools Including AI Assistance

Google has announced new tools and capabilities for G Suite to improve productivity and accuracy. In last one year, the tech giant has already added almost 300 new capabilities to G suite. Now, it will be adding more tools that feature some tools powered by AI for the users. The Mountain View c