Here is everything you need to know about the iOS 14.5 update for iPhones and iPads. 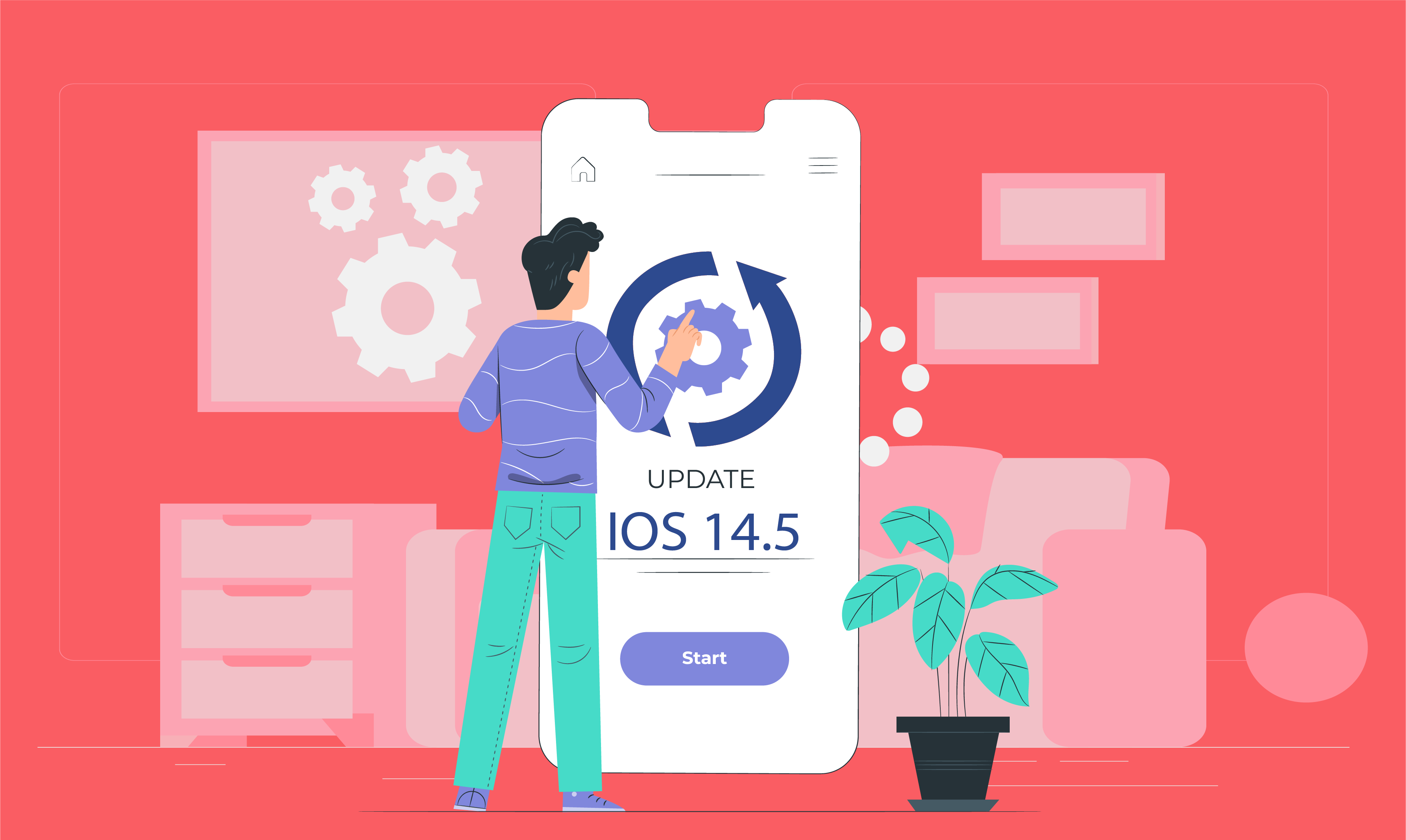 iOS 14.5 is out and Apple has made the most of it. The biggest update since the launch of iOS 14, 14.5 puts a lot of features from testing to practice. After a series of beta testings, the update was finally launched on 26th April for iPhones and iPads users around the world.

Update 14.5 is a major one for iOS users. The system has introduced updates keeping in mind the special concern for the ongoing pandemic and life affected by it. It's noteworthy that the company is not done with the iOS 14 branches yet. Sources show that beta testings are going on for update 14.6 already. Now, let us see what iOS 14.5 brings for its users.

Unlock your iPhone with Apple Watch

From the 14.5 updates, iPhone users will be able to safely unlock their iPhones via their Apple smartwatches while wearing masks. When the Apple Watch is on the user’s wrist, unlocked and close to the iPhone, the user can glance towards the iPhone and it will give haptic feedback, which will confirm that the device has been unlocked. Users using iPhone X are later models with Apple watch series 3 or later watches can use this amazing unlock feature.

Unlike before, now Siri doesn't come with a default language. Now the users will have to select a voice for Siri while setting up their device for the first time. The English language users will also get many more voice options for Siri. These new Siri voices use Neutral Text-to-Speech technology giving much more control than before. This also works in line with the company's vision of promoting diversity and inclusion with its product’s. Now Siri will be much more integrated with various instructions related to hand-free operation, voice search and voice commands. 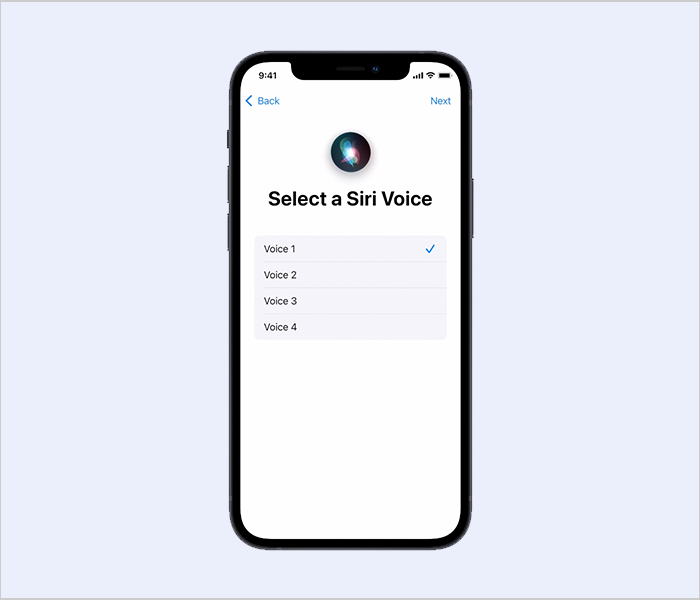 Siri also comes with Facetime capacities, which makes it easier to initiate calls with multiple contacts or contact anyone from the group. With incoming messages, Siri will be able to announce incoming calls through Airpods and Beats headphones.

App tracking requires apps to get permission from the user before tracking the data across the app or web. Apps can ask users for permissions, and in settings, users will be able to see which app is asking for permission.

Emojis are ever-growing and the same is the case with the latest iOS update. The 14.5 update offers various new emojis and updates a few existing ones. Now you have different skin tones for a couple's emojis. Additional emojis are also introduced like face exhaling, face with spiral eyes, face in clouds, heart in fire, mending heart, a woman with a beard, and more. 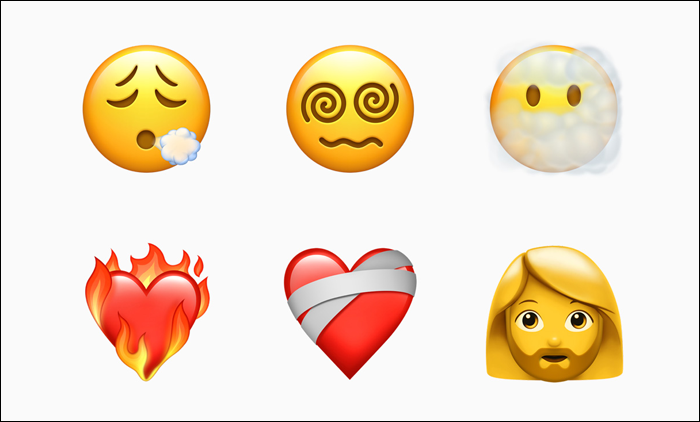 Report an accident on Maps

Now iOS users can safely and easily report an accident, hazard, or speed check on their route by telling it to Siri. This is designed to keep the driver hands-free and let him focus on the road. Instances can also be recorded by pressing “Report an issue” in Maps. Also, you can share your ETA with your friends you are traveling to. Carplay users can send their ETA via Siri, without taking their eyes off the road.

iOS 14.5 update works with AirTags, which is a new and very useful offering by Apple. With airbags, you can find your keys, wallet, backpack, and other items just by Find My App on your iPhones.

Now iPhones users can sort by title, priority, due date, or creation date, and offers the option to print reminder lists.

Earlier, the users of Apple’s new fitness plan could use the service on phones, pads, or Apple TV. But with the latest update, now the fitness services can be streamed from iPhones and iPads via AirPlay 2.

With the latest update, you can sync your Xbox Series X/S or PlayStation 5 game controller to your iPhone or iPad.

Now the dual SIM phone users can use 5G globally and both sims will support full 5G speed.

The full release notes for iOS 14.5 are as follows:

AirTag and Find My

It is as simple as updating any OS. Open the Settings, tap on General, and then Software updates. After installing the update, restart the device manually. When the device is turned, check for applied updates.

So these are the top updates and new features offered by Apple in their latest 14.5 iOS updates. I think this update contains a lot of new and useful features and has also understood the user life during the Pandemic. The update has made the devices safer and well-integrated in their lives. With the 14.6 updates already under testing, one can only imagine when 14.6 will be scheduled to launch for the entire world to use. Till then, 14.5 is the best and the safest way to browse your iPhones.

If you like such articles and want to know what are the best iOS development companies for 2021, or if you are a product owner and want to get your app reviewed, get in touch with MobileAppDaily Studio.

NEXT Apple Music vs Spotify - Which streaming service you should go for?

Technology Firm Proxy raises $13.6M In Series A Round

Proxy, a technology company that deals in keyless, badgeless office entry, has successfully raised $13.6 million in Series A round of funding. The investment was led by Kleiner Perkins, a venture capital firm headquartered on Sand Hill Road.With the fresh investment, Proxy aims to turn mobile de

Cambridge University And Babbel App Come Together For English Test

Skype users, there’s good news! The most demanded feature, earlier present only in Skype desktop, is now available for smartphones. Skype screen sharing, which was earlier available for beta testers is now on Android and iOS for regular users, as well. No need to reach for your

Google finally started rolling out the Google Lens for iOS devices and will be available globally in the coming few weeks. The Lens is a popular feature from the search giant that was initially released for Pixel smartphones and recently made available to all the Android devices. Now, the Lens for G

Why Snapchat's Redesign Won't Do Any Good & It Could Have Excelled

Snap rolled out yet another design but the multimedia messaging app failed to attract users this time also. Snapchat had really a great time back in the year 2016, after that the app’s popularity gradually declined with no improvements even now. It all started with Snap CEO Evan Spiegel ignore