10 Interesting Facts About AI Market And Its Trends 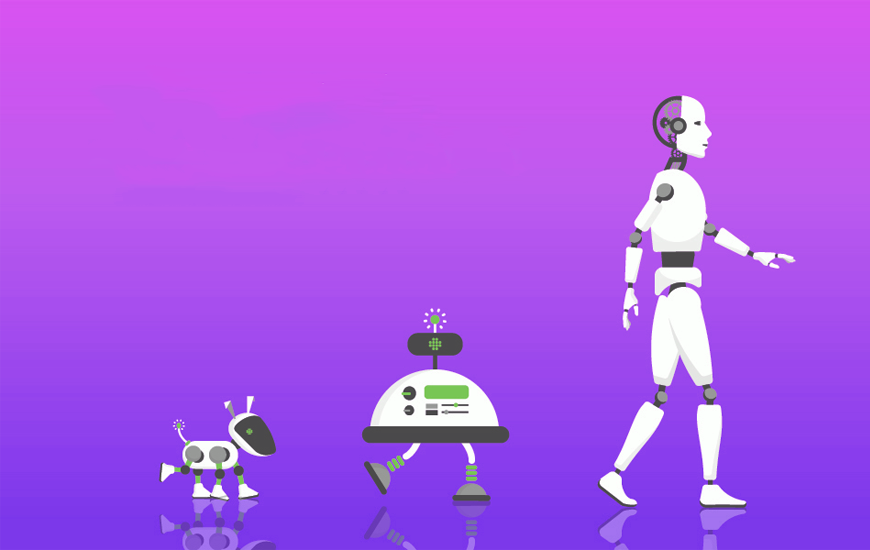 Artificial Intelligence (AI) is taking over many segments of the market. Currently, sectors like healthcare, defense, finance, banking, are all using AI for their services. As the adoption of AI grows with time, data scientists and AI developers are increasing in numbers.

One of the fun facts about AI is that AI is capable of providing a cumulative GDP growth of 1.2 percent per year. Moreover, overall expected GDP growth can reach up to 16 percent by 2030.

Yes, this one of the top artificial intelligence interesting facts might sound shocking, but with the help of AI, many industries are blooming. It is expected that AI can deliver a cumulative growth of 1.2 percent Global GDP growth per year. There will be a number of elements to make it happen like the increased machinery workforce, smarter machines and delivery of better quality and quantity through AI implementation.

2. AI powered automotive market is expected to grow up to 35 percent by 2026

One of the most interesting facts about AI is that the Gaming industry is evolving with the help of AI. Many new game developers are using AI to enhance the gaming experience and to make gameplay more challenging. There are a few examples of such smart games like Alien: Isolation and Red dead Redemption 2.

While playing Alien: Isolation, gamers have noticed that the Alien creature can learn the gameplay pattern of the player and use it to scare them. Moreover, RDR2 is capable of giving every Non-Playable Characters (NPCs) their lifestyle and story.

5. Robot Journalism is going to replace the traditional journalism

One of the most interesting facts about artificial intelligence is that AI has given the capability to robots to perform journalism activities. The media sector is evolving and trying to use Robots to generate news.

There have been a few events where Robot journalism has already taken place. For example, a robot created a report on the earthquake in California. The AI-supported Robo did it for the Los Angeles Times.

Whenever we have to discuss artificial intelligence facts, we can not ignore AI’s contribution to the app industry. AI is supporting mobile apps and websites in creating a personalized experience for users.

In other words, AI can track the preferences of the users including their browsing history or product choice. Accordingly, it can bring related recommendations on the top and display them to the user. It makes finding products and services easier for the user also, and enhances the customer experience.

7. Your Pet AI can be an emotional companion as well

Pet bots are being a part of the new AI-based trend for people who want to have a virtual pet companion. These pets are available in the emulator or software form. Moreover, some tech companies have started selling a few types of pet robots with AI intelligence.

These pets can react in many ways similar to real animals. One of the best fun facts about AI in pet robots is that experts are working on integrating emotions in them. Soon, these pet robots will be able to sense the emotions of the user and react accordingly.

8. AI can detect the emotion of a person

Even though this part is still in the developing stage, still, the current version of Artificial intelligence is smart enough to read body language and characters to detect emotions. Data scientists are tirelessly working to make AI capable enough of offering emotional support to those who need it. Ultimately, when developed enough, it might help people in expressing themselves more and reducing suicide rates.

For example, Expper Tech’s AI robot named “Robin” provides emotional support to children going through medical treatments. There were a few trials of Robin conducted at Wigmore Medical Pediatric Clinic in Armenia. Robin successfully reduced the stress level up to 34 percent in 120 kids. Moreover, Robin also improved the happiness level of those kids up to 26 percent by playing games, talking to them, etc.

One of the best facts of artificial intelligence is that modern AI has the capability of monitoring the health of hardware and software to avoid any possible malfunctions. It can either work on these possible anomalies itself, or it can generate a report to alert the administration before it is too late.

Currently, Nautilus has a home at the University of Illinois. The supercomputer has a total processing power of 8.2 teraflops and it reads events and news to calculate the possible outcome. In the past, It has predicted the whereabouts of Osama Bin Laden after going through 100 million news bulletins. Eventually, that resulted in Bin Laden’s assassination.

Apart from the facts mentioned above, there are a few fun things AI is capable of doing apart from just calculations and technical works. Modern AI can use creative data and create multiple forms of Arts, Stories, and Games.

“I could see a silhouette of a little girl, she was staring into my eyes, her hair was matted with blood, her hair was draped all over…”

Spooky, right? Wait until you know that not a human but an AI author named Shelley wrote this. One of the fun facts of artificial intelligence is that it is now capable of writing stories if it is fed with enough tales of any genre. Shelley, who can write chilling horror stories, is a perfect example for the same. Shelley started writing a series of spooky stories after she was fed with hundreds of horror stories by its creator.

In a few cases, AI systems have created paintings with the data they learned from their creators. In one incident, a Paris based art collective called Obvious created a painting named “The Portrait of Edmond Belamy”. The AI which produced this artwork studied an algorithm of 15,000 portraits painted from the 14th Century to 20th Century.

Before we end the discussion, let’s summarize these artificial intelligence interesting facts to revise them.

AI has a great future. With time, AI is ready to get integrated into various market segments. Soon, AI will be an emotional companion, driver, or maybe even a chef. In short, we will have an advanced AI not only dedicated to heavier tasks, but for our day-to-day needs as well.

Hopefully you found this blog informative and interesting. You can read more blogs on MobileAppDaily to know more about industries such as AI, Blockchain, Android, iOs, and many more. Apart from that, you can also go through our mobile app reviews to find the best apps for various industries such as banking, healthcare, and entertainment among many others.

NEXT The Future of Ethereum - Will it be Resurrected?

New AI chips are being introduced into the latest smartphones, and they put the power of neural networks in the palm of your hand. With cool names like ‘Bionic Chip’ for iPhone and ‘Neural Processing Unit’ for Huawei’s phone, it comes with a big question that what do th

Artificial Intelligence Trends Everyone Should Be Watching In 2021

Artificial Intelligence or AI is a term that may be alien to some of us, but with its diverse applications and usage, the intelligence demonstrated by machines are fast becoming an inevitable part of our routine.From offering an exceptional conversational experience to app personalization and fr

For the past few years, many programming languages and interpreters came into existence. They all had their strengths and features to make the app or web development process convenient. However, JavaScript’s popularity remained strong and kept growing due to the reason that it's easy to pr

2017 was all about new technology and future visions to explore new ways of enhancing the tech world. Artificial intelligence garners the most attention this year, from a self-driven car to high-end GPS trackers, AI is responsible for making the world more advanced and connected. However, the a