Fortnite Hacked: A Massive Loophole Made Hackers Take Over Your Accounts

As per reports, this bug even allowed hackers to eavesdrop on your in-game conversations. 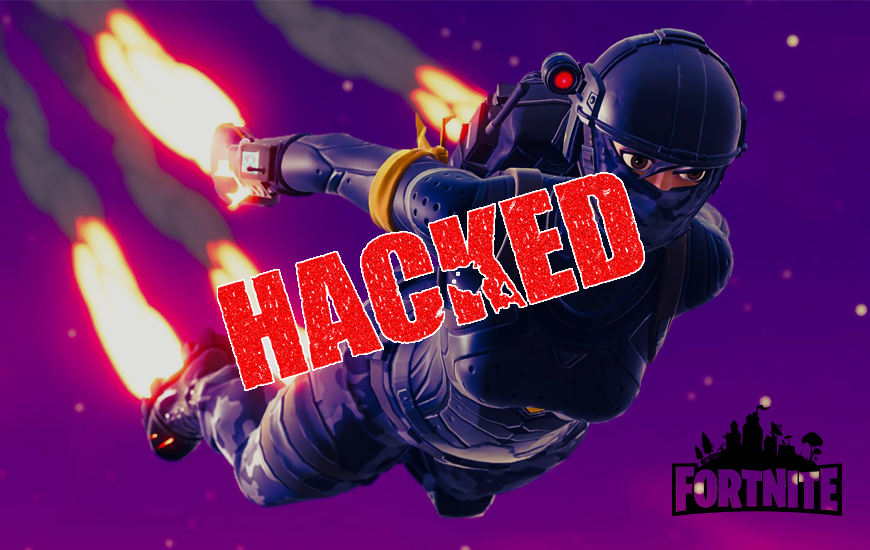 Fortnite, created by Epic Games, is undoubtedly one of the most famous video games in the world and accounts for almost half of the company’s $8bn estimated valuation. With such massive popularity, cybercriminals stealing access to player’s account illicitly should not come as a surprise for the game.

However lately, Check Point Research pointed out multiple vulnerabilities in Epic Games’ Fortnite, which allowed hackers to control the players’ accounts, view their personal information, purchase in-game items through their credit cards, and drop into their in-game conversations.

The cybersecurity firm discovered the Fortnite security bug in November, and it was later fixed in January. An Epic Games spokesperson said,

"We were made aware of the vulnerabilities and they were soon addressed. We thank Check Point for bringing this to our attention. As always, we encourage players to protect their accounts by not reusing passwords and using strong passwords, and not sharing account information with others.”

In this case, the issue that caused the security to oscillate wasn’t related to passwords, but instead, was created because the Epic Games’ account page had not been validated. It leads to a redirect URL to a separate, malicious webpage, allowing users’ authorized login tokens to be intercepted by hackers from compromised sub-domain using custom JavaScript codes.

Or in layman language, the hackers sent a malicious link to the users’ Fortnite account, which, when clicked, redirected attackers to a page that stole their login credentials.

“We started to hear there was a lot of abuse at Fortnite’s network. This is more than a game -- this is a huge infrastructure that’s serving 80 million players, who are mostly kids.”

How Was Fortnite Hacked?

The Fortnite security flaw initially started due to an Epic Games page from 2004 that created a small loophole for hackers to take over people’s accounts.

Researchers at Check Point found an unsecured URL on ut2004stats.epicgames.com, a records page for the Unreal Tournament that Epic Games first developed in 1998.

Access Tokens are codes generated by different platforms that keep you logged in so you don’t have to hustle every time you open a page. When cybercriminals stole information of around 30 million Facebook users, they used access tokens to do it. Similarly, the Fortnite loophole allowed hackers to log into your Epic games account in many different ways, using these tokens from Facebook, Google and Xbox accounts.

Eran Vaknin, a security researcher at Check Point, said that if you had linked your Epic Games’ account to Facebook, the hack would have to go through the social network.

As the affected page had an Epic Games’ URL, it made victims less suspicious about the whole scenario. Mr. Vaknin further added that the attack is happening without any user interference.

As people are becoming aware of these phishing attacks and more careful about typing passwords on suspicious pages, hackers would be using access tokens instead. It is suggested by officials to use two-factor authentication for your accounts, which Epic Games promote as well.

PREVIOUS Mobile Readiness Is Key To E-Commerce Websites in 2020

NEXT Social Media Marketing: What To Expect Next?

Waze navigation app, a top choice among drivers is getting a Google Assistant integration, which means easier reporting and less distraction for its users at the time of driving.For Waze app users, announcement of Google Assistant Integration has brought a reason to celebrate. But the joy is lim

The rise of mobile devices, and the always-on connectivity that goes along that has profoundly changed both businesses and their customers. It’s likely your customers interact with your organization through a mobile device much of the time, and nearly as likely your employees work with them th

Apple seems to be in a hurry to roll out its OS updates. A couple of days back, Apple released the second major update to the iOS 12 OS and yesterday; the Cupertino giant came out with its first developer beta for iOS 12.3.iOS 12.2 was in the market from the last two months and finally witnessed

Snapchat May Allow Connected Apps The Access To User Data

Now, Instagram Feed Posts Can be Shared As Stories

The social media apps have evolved with the time and offer features that make the user to scroll through the feeds whole day. The story is such a feature that helped the social media apps to attract more users with higher engagement. Facebook has also implemented the story feature to its app and the