Here are the top games from old time. 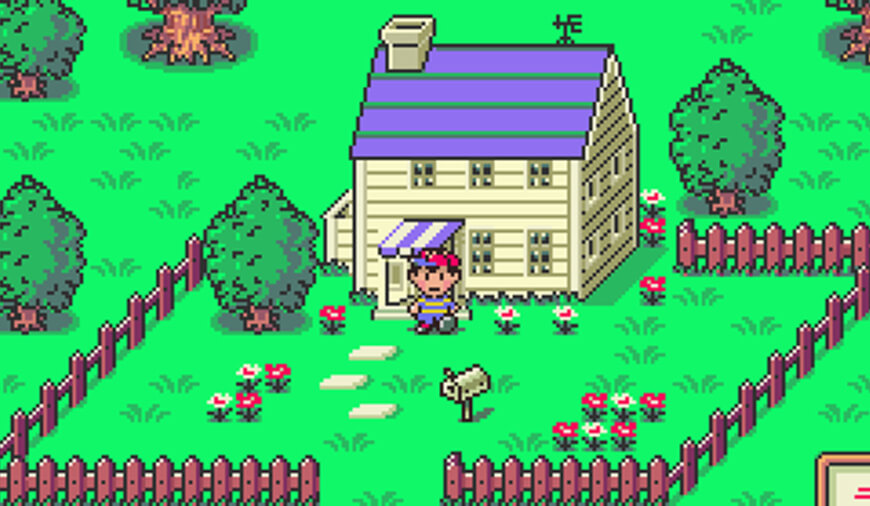 With the introduction of next-generation technology, the gaming industry has evolved exponentially. I still remember to play Max Payne on my PC with very dull graphics and not much of exciting interface.

But, now the scenario is changed whether its PC or PlayStation the gaming experience is more realistic. Moreover, if you have the Super Nintendo Entertainment System, then you have one of the best gaming consoles.

However, finding an exciting game from the Nintendo game store contains thousands of options is a challenging task. We have already done the hard part for you and enlisted top 20 best SNES games below.

If you are more into fighting games containing the hand to hand combat, then this game is for you. Mortal Kombat first edition made history among the gamers and loved by almost everyone. The action and the killing moves are the crucial part of the game. The second edition that is the Mortal Kombat 2 become even more popular than the first edition.

The fighters in the game got some extra moves and much more alluring graphics. You will be competing against the fighters without weapons where you need to kill them. 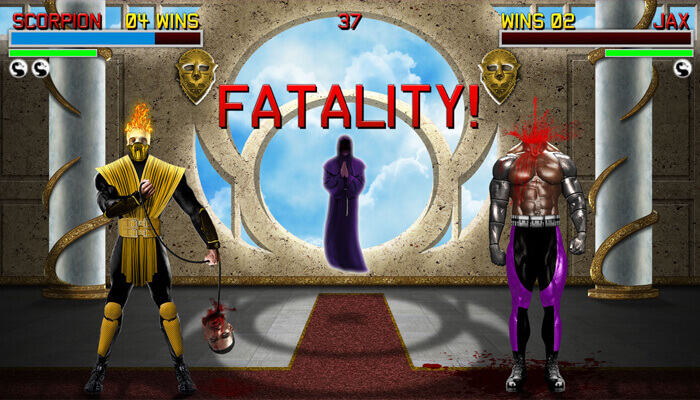 This one is the most popular and exciting mission game that you can play on SNES. The story begins with the four ninja turtles those brought into the world by a scientist by changing their DNA.

Leonardo, Donatello, Michelangelo, or Raphael turtle brothers expert in Ninja stuff together to take upon shredder, who is the bad guy here. The game is based on the comic and animated movie story of the Ninja Turtles.

Shredder tries to destroy the world, and these four brothers save it every time. The game is fantastic, and you get many reasons to try, and it gets harder with every level you succeed. 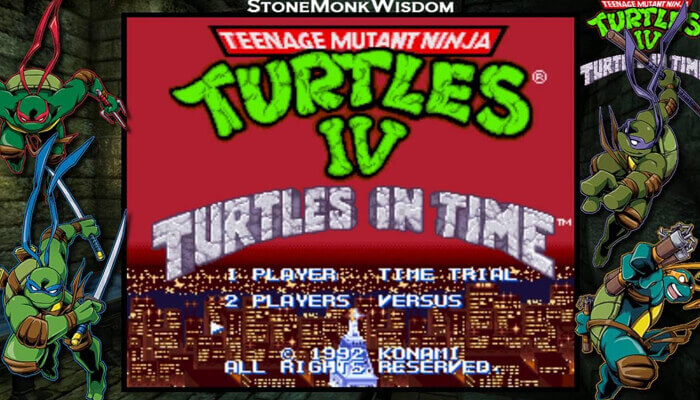 Nintendo is known for offering 2D games very often back in time. However, with the inclusion of Mode 7 chip, the story did not remain the same. The company started pushing 3D graphics games for a better experience.

Star Fox is among those initiative taken by the company. The game consists of polygonally shaped elements where you are the pilot of the warship entitled as Star Fox and need to face the enemy.

The gaming mode is satisfying as you get a flying experience in it. The enemies keep coming, and you need to aim the ship’s gun on the enemy to fire them up. The game is quick, and you need to be very attentive to clear the stages. 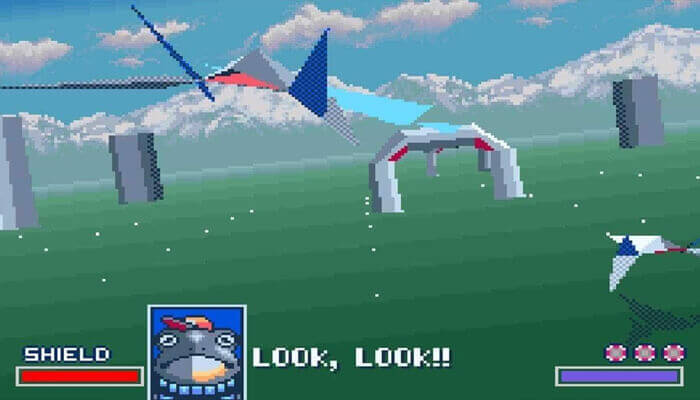 I know you love the racing game if you don't still you will find F-Zero amazing, the game was launched by Nintendo itself. The game was one of the most amazing attraction in the gaming industry when launched in 1991.

The game was something like that no one has ever experienced, the best SNES games for racing so far. From the front view as a driver, you will get the chilling speed and has to dodge the hurdles to complete the race.

The blasting speed is the reason for the game to go viral instantly after the launch. The track gets harder with a new level, and you need to up your skill to clear the stages every time. 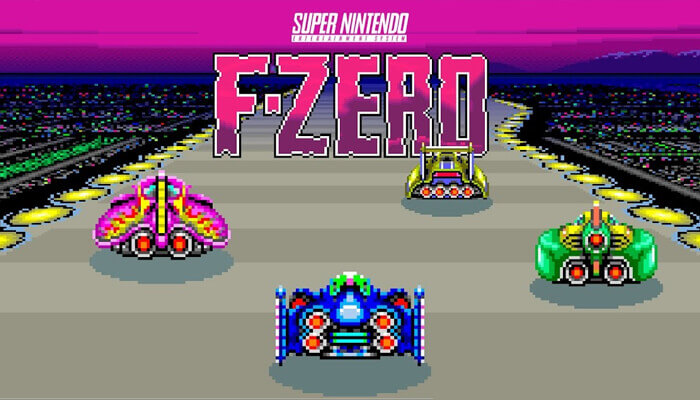 Super Mario is another hit from the Nintendo RPG series, and the game follows the traditional story of the game. With this game, Nintendo offered a 3D view gameplay for the Mario lovers, and it went popular right away. Super Mario RPG was a golden hit for the company because of its new design stages and effects.

The app has many different missions after you pass every single stage. You will get a feel of traditional Mario gaming with a more enjoyable experience. Super Mario RPG is a fun game that comes with other features too. 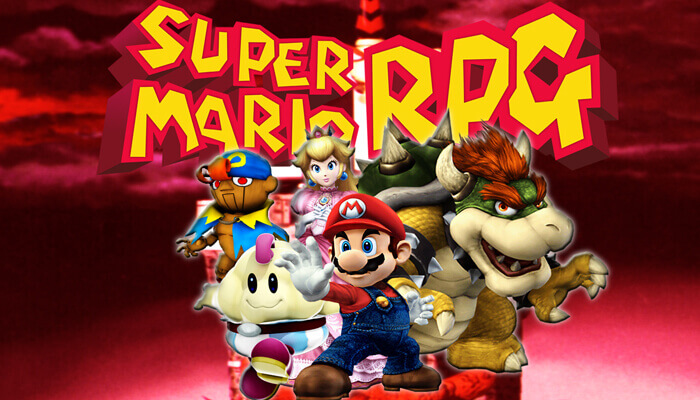 I would say that the Shadowrun a classic example of the earlier games available at that time The game was based on the tabloid game of the same name, offering some alluring gaming action.

The game is set up in 2050, where Metropolis city is on edge with increasing crime. In the game, the main character encounters many problems that he had to tackle using the gun. The storyline of the game based on a famous novel named, ‘Never Deal With a Dragon’, written by Robert N. Charrette, the popular game developer.

The game is different from other games in that particular timeline. The player has to face elves, orcs, wizard and other dangerous threats to complete the mission. Unfortunately, the game failed to sell more copies but acquired appreciation from the critics. 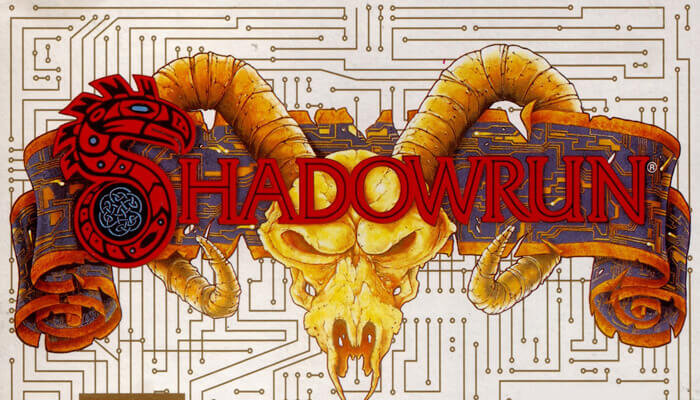 Actraiser is one of the memorable games for the 90’s kids as it was an exciting and adventurous game. The game was unique and allowed a very different way of interaction with the players. Although the game's plot was based on the tradition one side going mission, the presentation made it a whole different thing.

The Samurai had a blessed sword in hand and moved forward to complete the mission. The player has to face many dangers including the small and significant enemies along with the geographical challenges.

The game received much popularity and loved by the children and also made good money for the developer. 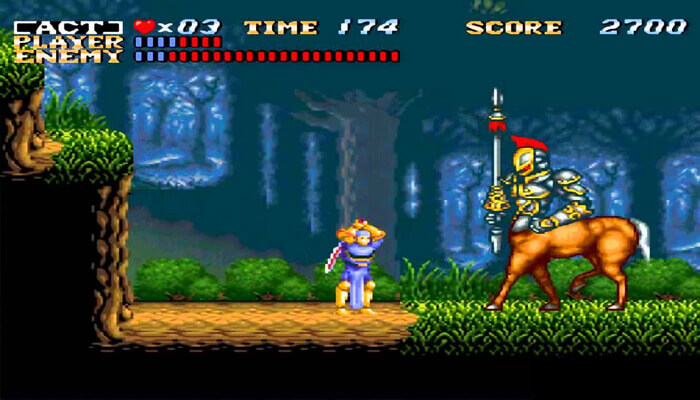 Konami took the Contra game to another level with the introduction of Contra 3: The Alien War. If you have ever played the older Contra game, then you must know the thrill and excitement of the game. And with this version, the excitement gets doubles as you get new options, worlds, and a whole new playing environment.

The Alien has attacked the Contra world and you being a commando is fighting against these weird-looking aliens. In this version, you get more gun options and different gaming view for playing more efficiently.

Besides, the graphics and the virtual experience of the game is much better than its rival games considering the time it was launched. 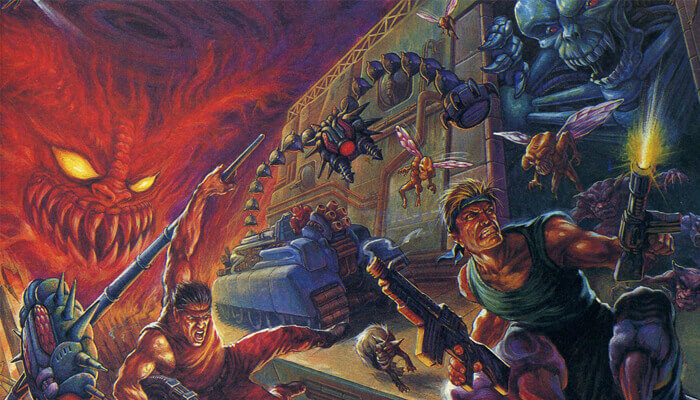 Super Ghouls Ghost is so far the unique game in this list, which is my personal favorite too. In the first sight, the game looks a Mario like sliding platform mission game that needs to play similarly. However, when you take the controllers in your hand, you face the reality you get to know the actual game.

Super Ghouls Ghost is a hard game as the player has to tackle many things at a time. The enemies attack almost from every direction, and the dangerous obstacles pop out from anywhere, besides you need to maintain the pace with moving ground. Moreover the land or the surrounding of the player gest changes that makes it more difficult for the player to keep the character alive.

However, the best part is that you can memorize the moves of the obstacles as well as enemies and clear the stage entirely. 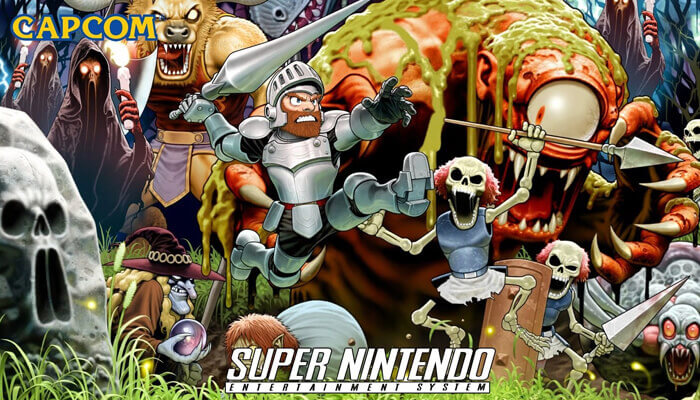 The one game that leverages the SNES most is the Mega Max game from Capcom. The company launched Mega Man X2 that became one of the most played game in that time within a short period.

The Mega Man, which was the earlier iteration of the game was nothing more than a simple sliding platform where you will succeed no matter how bad you play. There was not many fierce enemies or much to do in the game. With Mega Man 2 Capcom uses the SNES hardware to make the game enjoyable.

The rebooted game now has a powerful robot that has better weapons and has to make its way through the alternate paths. The game process is more understandable, and the difficulty level is moderate, so people get engaged with the game for more time. 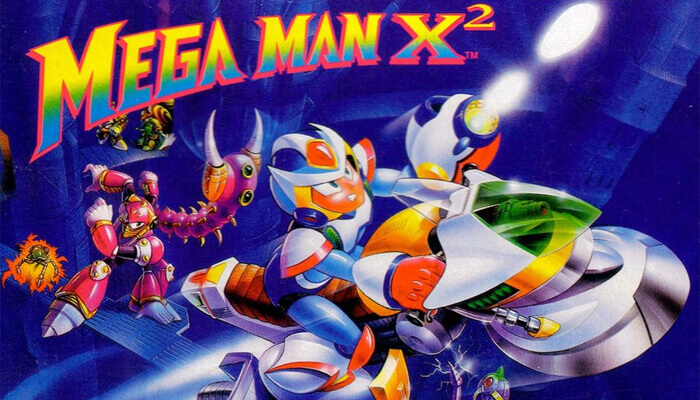 In case you are still feeling nostalgic wherever you heard the word Mario game then it's time to try 16-bit version of Super Mario All-Stars. In 1993, Nintendo made the Super Mario more enjoyable by releasing the game in 16-bit with better compatibility for SNES.

The game seems to be more entertaining with the enhanced graphics and controls that you will be able to play for a longer time. Apart from enhancing the gaming controls the game also offers to offer many newly added options. 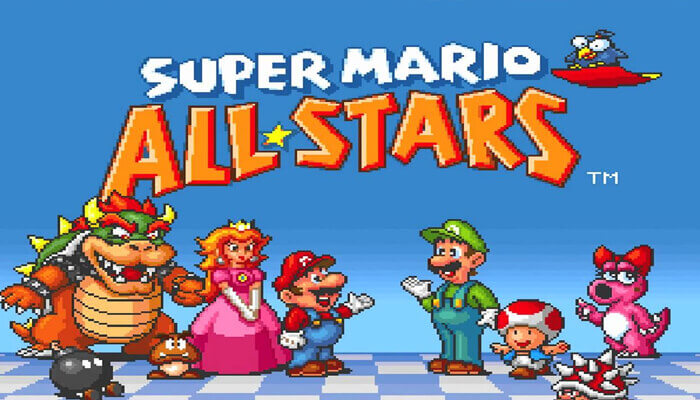 Donkey Kong is an entirely different game in terms of graphics and design. The game uses the 2D assets to deliver a 3D model experience to the user. Donkey Kong is the most playing game available on SNES, although the game is pretty fast. The unique visual style makes sure to keep the user engaged in the game.

In the game, you will have the two Dokey looking ape characters that will be going forward to complete the game. The game is fast as well as hard at sometimes you need to be very attentive to avoid the hurdles.

The visual rich view of the game makes it more challenging yet enjoying for the user. At different steps you will face various obstacles, sometimes it will be smaller monkeys blocking your way, or you need to ditch the obstacles restraining you from going forward. 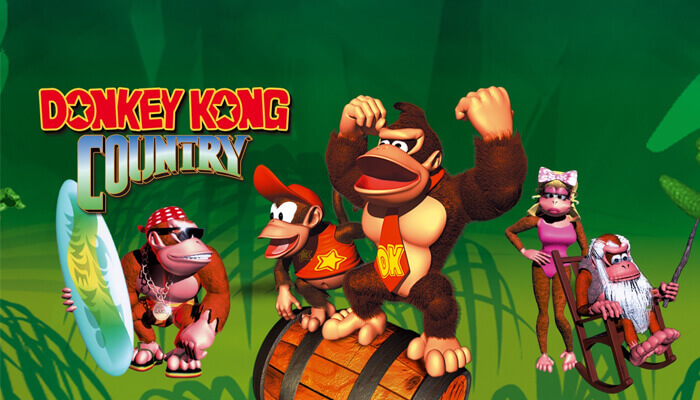 I don't know about you, but I am a big fan of Street Fighter game, I have spent my childhood playing this game day and night.  With Street Fighter 2, Capcom made a sensation in the fighting game market.

The game was an instant hit due to its predecessor's success, where the second iteration was more successful than the previous one. The game is one of the best SNES game in which you need to face the opponent in hand to hand combat. There are many fighters to choose from, including Sumo, Nina, Paul, and others. 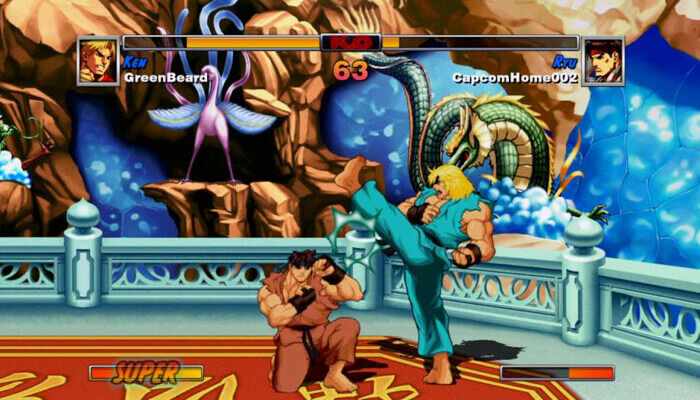 With every fighter, you get a unique ability to use against your opponent and win the game. In the game, you need to beat the opponent until its health goes down to zero to win the round and eventually the game.

With the different characters, you get to see different moves and attacks that are amazing. Capcom has changed the fighting game forever with the introduction of Street Fighter 2.

He is responsible for marketing programs, brand management, and corporate sponsorships. He thrives on challenges, particularly those that expand the company’s reach. Next to work, Shadow, his dog, immensely contributes to his happiness.

Get Your App Featured Here

Allow Us To Make Your App Viral

NEXT How Flutter Is Going To Change Mobile Development In 2021

Key steps on how to start a multimillion-dollar business

Every entrepreneur starts their journey with the dream of launching a multi-million business. While a few of them are unable to reach the level because of poorly thought short-term goals, others get to the million-dollar stage but remain several steps behind reaching the $10 million figure.The r

What are Push Notifications and Why Does Your App Need it?

The flow of apps in the app store is never-ending. Already millions of apps are available on the app stores, and thousands of more apps are added on a daily basis. It brings the mobile app industry to a point where the failure rate well exceeds the success rate.So, to stand out, many new technol

In October 2022, there were 4.74 billion social media users worldwide, or 59.3 percent of the world's population, according to research by Kepios. With 190 million users entering social media since last year, the number of social media users has also increased over the past 12 months. An estimat