Yalantis has taken qualitative app development to a new level while maintaining its top-spot in Ukrainian innovation for over a decade. 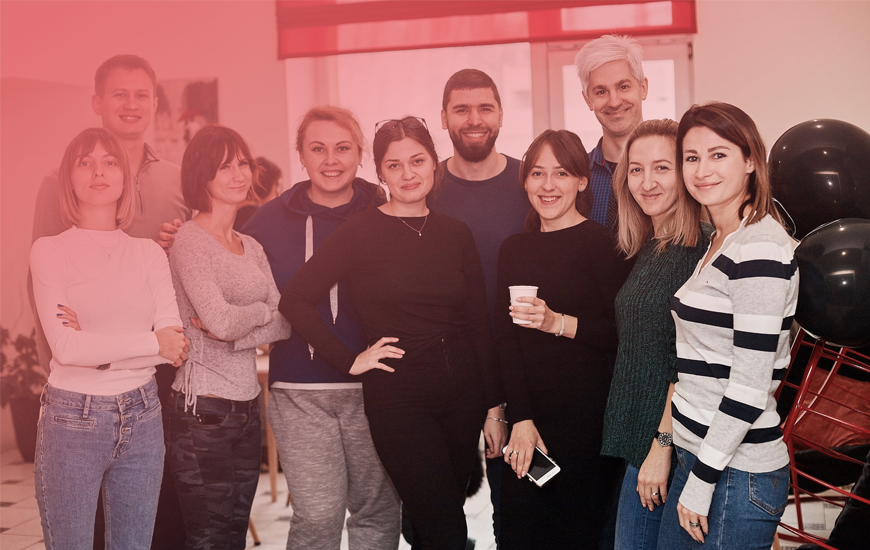 Alexander Kholodov was employed as a Game designer when the first edition of the iPhone debuted. He probably watched the entire presentation glued to his television (or maybe not). But that’s not important.
What matters is the voice he heard, when an idea clicked somewhere in his prodigious head, at the opening of an entirely new world of interconnectivity, the Apple app store.

In the first few months of the app store, Alexander sat a mute spectator drawing possibilities on the wall and filling out notebooks over weekends (maybe not) of the true potential of this new digital paradigm. And when he was finally convinced, he took a leap of faith never to look back again. Ever.

Alexander is the reigning CEO of Yalantis, a Ukrainian mobile software firm, which is more than just an IT company. He started out in 2011 alongside Yuriy Kotov, another programmer who had an on-off relationship with Yalantis (more on that below). They stepped into the wilderness of unemployment, quitting stable jobs and renting out an apartment. With almost a drooling motivation for building an empire, both set out to develop iOS applications.

The pendulum of luck swung to their side as they were bombarded with prospects of building next-level mobile applications by businesses. 6-months down the line, Alexander brought Sergey Fesenko to complete the trio.

Here’s his recollection of the formative days of Yalantis, Sergey Fesenko, Co-Founder states,

“When I joined Yalantis, we moved into an apartment, which became our first office. We bought a couple of armchairs and started off as a real team.”

You bet they did. Sergey took stock of the situation as well as the company, becoming a co-founder. 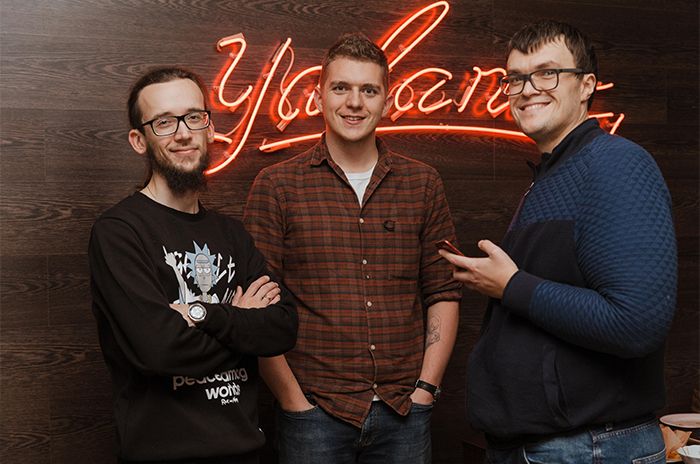 With projects and the team growing rapidly, the unwinding of life appeared to be an overture of the things to follow i.e., the ‘ideal’ success. But that wasn’t to be. As Yuriy realized the grind of building a company ground up wasn’t for him, in part passing the responsibilities of operations on to Alexander and Sergey who further divided sales & finance amongst themselves, respectively.

It's not everyday you come across something as unique sounding as Yalantis. But the nomenclature was set apart, to the surprise of many, by a simple word generator. It was Alexander’s idea who inputted the word ‘Yalta’ for the generator to throw back a jumble of names if you can call it that.

But he and Yuriy realized it was a safe bet to fall back on to Yalantis, which may sound foreign to some and futuristic to others, but is, in fact, a leisure hub in Crimea.

They might have faced major headwinds on their way, but 11 years since the beginning are hoisting Ukraine’s flag at the innovation summit. With a throbbing team of 200+ professionals, they’ve stood firm on their promise of quality outputs with over 200 products released to date. Unlike startups that tend to become delusional and misguided by recurring success, Yalantis has clung to its humble beginnings, delivering one success story at a time.

When it comes to work, they love not just the mundane that can be accomplished from backyard garages, due respect, but push their bounds with emerging technologies. Hence understandable why the likes of KPMG and the United Bank of Switzerland chose them as their consulting partner.

Yalantis’ leadership control lies in the hands of exuberant individuals, who prefer to stay ahead of the curve. They attract keen job-seekers conducting training workshops that allow them to spread their love of mobile apps, while simultaneously hiring the cream-talent that gravitates their way.

In 2015 they held their first batch of iOS traineeships. With encouraging results, they returned with an even more educational curriculum including iOS+Android, teaching students a PHP to Ruby course.

Subsequent sessions in 2017 and 2018, were much more concentrated in their focus areas on Android development and Node.js respectively. A launch for their flagship Yalantis Rect.js School is scheduled for January 21, 2020, that’d give web developers an understanding of the workflows at the firm. 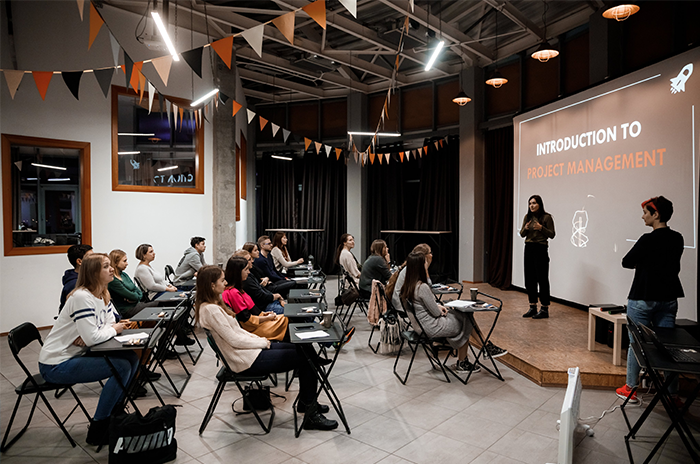 Industry Meetups are a bee-hive for all the buzz that affects app development. This is one area where Yalantis has been the medium for a fluid interchange of expert opinions. They organized the Shuba Design Conference twice in Dnipro, along with sponsoring UAMobitech from 2016-2017, Ukraine’s blockbuster conference on software development and marketing.

Such indulgence towards churning out the best-fit perspective towards tech trends keeps Yalantis in the headlines for their periodic Meetups. Web-crowd (2018), Cocoa Heads Dnipro (2013. 2014, 2016), Dnipro Kotlin Meetup (2016) and the Magic Moment Meetup (2017) offer such examples.

Yalantis is well into its 11th year with an intact reputation collaborating with organizations of all sizes. The software solutions firm has incredible projects to show for such as;

Their project tally is also well beyond 200, not to mention the 320 times competitors have poached their designs, as per the claims put out by Yalantis. It should not come as a surprise to read their product coverage among major media houses.

Our ongoing technological evolution in the app development industry is a hard pill to swallow. A failure to cope with the same puts businesses out of operations. But Yalantis has been in the safe-keeping hands of Alexander Kholodov and Sergey Fesenko, who’ve ensured they stay a step ahead on the evolutionary axis. Their toolbox of skills is a cross-platform accommodating everything from the web to smartphones, including wearable and emerging technologies like the Internet of Things (IoT) and much more.

Their Service suite covers all the stages of an SDLC and then some. Partnerships can be flexible, as per the clients’ needs. All the essential components you expect out of an IT offshoring company are found in the business practices of Yalantis. But it's more than just outsourced engineering.

In Yalantis you have a seasoned consulting voice, the veracity of which manifests in rave reviews splattered across the internet.