Uber in partnership with NASA is all set to launch flying cars in LA. 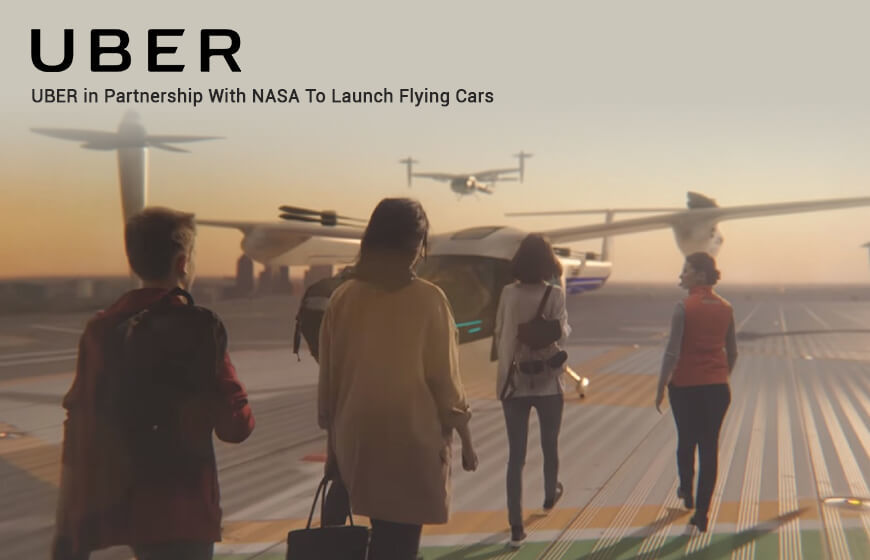 Pay-as-you-go-flying car service is a joint initiative by Uber and NASA. The initiative focuses on letting the users experience a traffic-free ride in the sky. The new program is called “Uber Elevate.” The ambitious project is Uber’s very first attempt to add the brand new feature to Uber app and offering a ride to the sky.

Head of Product at Uber, Jeff Holden told the audience, the company will be adding Los Angeles or LA in the list of its guinea pig cities for the very first phase. If the project gets well, the citizens will get a chance to fly in the helicopter-like vehicle in the next three years.

“It’s one of the most congested cities in the world today, They essentially have no mass transit infrastructure. This type of approach allows us to very inexpensively deploy a mass transit method that actually doesn’t make traffic worse.”

If the Uber news is to be believed the scheme will work by letting the users order a flying taxi from the uber app. Afterward, the users would make their way to “Skyport” to a nearby building in order to go through turnstiles and is weighted to ensure the rider is not too heavy for the vehicle.

Well, the scheme still seems to be a futuristic concept, but the giant ride-sharing app is not alone to get into the flying car object. There are a number of companies that are experimenting with a similar project.

Holden has even assured the rider for not being skeptical by quoting,

“We’ve studied this carefully and we believe it is scalable. We’ve done the hard work so we can build skyports, and can get the throughput operationally to move tens of thousands of flights per day per city.”

The flying taxi initiative will jointly be managed by NASA and Uber and the former will also contribute to managing the air control traffic system. The two companies will trade in tech and technology for this ambitious project.