We are expecting that the acquisition deal will help in improving Twitter’s conversation feature. 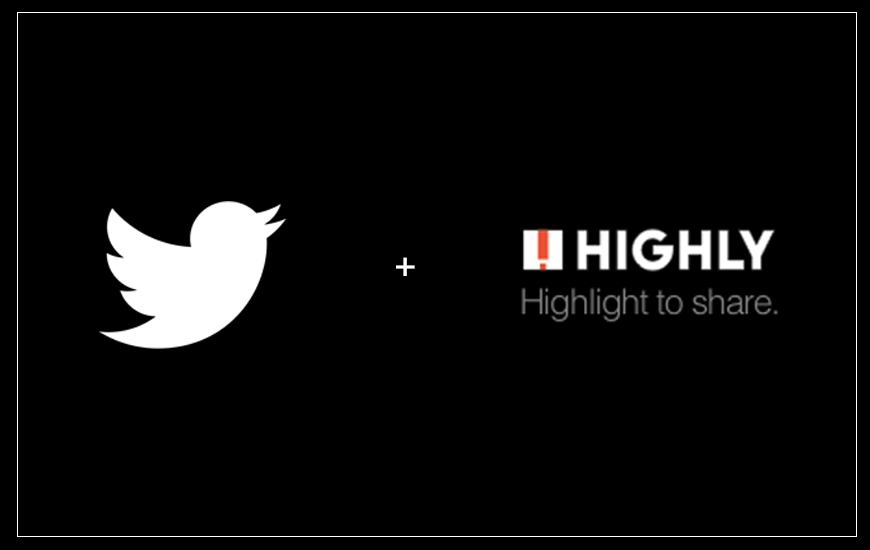 The highlight sharing app, Highly, gets acquired by Twitter. The announcement was made by Highly’s CEO Andrew Courter via a post in Medium.

Rather than acquiring the whole company included its products, it acquihired the company which means it is buying out Highly for skills and expertise of its staff, rather than for its products or services. There is still some doubt about what Twitter will plan to do with Highly, but one thing is to be sure that it will largely improve Twitter’s conversation features.

Highly was founded by Andrew Courter and Eric Wuebben in 2014 and became hugely popular throughout its operating years. Highly App provides a better way to share stories. Through it, you can highlight the web to share the important parts only rather than sharing the whole lengthy stories.

“We are excited to welcome the Highly team to Twitter. Their expertise will accelerate our product and design thinking around making Twitter more conversational.”

The Highly will pull down the curtains on its iOS and Slack app on April 26th. But the company guaranteed that due to this, “No highlights will be harmed.”

The sharing app, Highly, also announced that for a short period of time it is providing its paid feature “Crowd Control” for free. In addition, users can also use the ‘Highly For Teams’ feature free. The duration is still unclear. But in the meantime, users can enjoy the changes in its paid subscriptions.

The sharing app, Highly, that made the quote sharing feature famous wrote,

“Social highlights can make sharing stories online feel personal, efficient and alive — like retelling a story to a friend over coffee. They give people shared context and spark meaningful conversations.”

Gif showing the interface of Highly app and its highlighting feature.

It is expected that in the near future we will observe Twitter adopting the technology directly into its own system. Internet giant can likely improve the engagements for publishers by embedding similar quote-sharing features. Twitter is also experimenting with new features in its prototype app.

NEXT Facebook’s AI Assistant In Progress: Will It Compete With Siri And Alexa?