According to a study, dating apps have helped 44% of LGBTQ adults explore their identities. 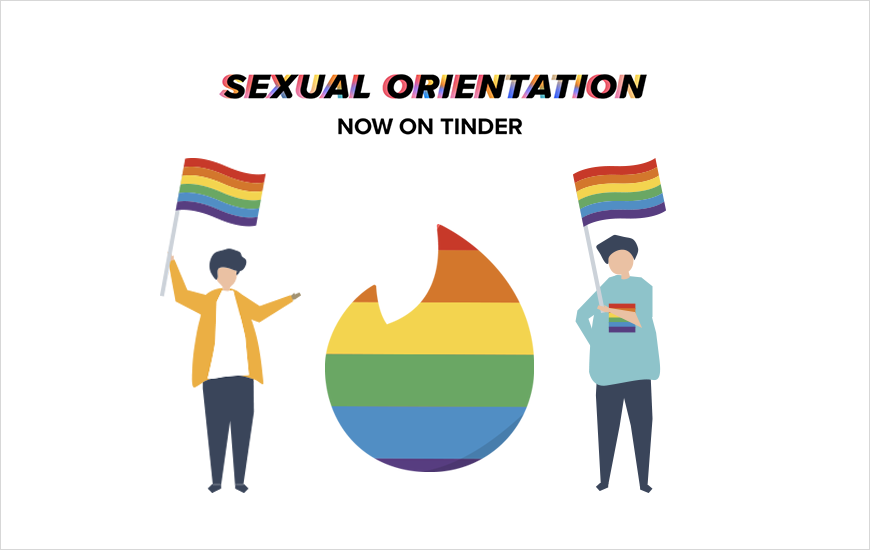 On the occasion of Pride Month, the Tinder app's new features have been launched to aid the LGBTQ community. The dating app Tinder, announced on Tuesday that it has added more sexual orientation and gender identity terms to its user profiles.

With the new Tinder update, you can now choose up to three terms from nine preferences in your profile that include Straight, Gay, Lesbian, Asexual, Bisexual, Demisexual, Pansexual, Questioning, and Queer. New users will be able to see these options to choose from their sexual orientations at the time of the sign-up process. 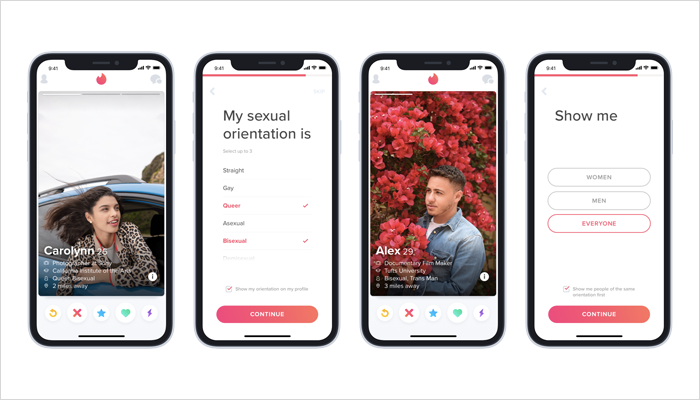 The Tinder app's new features are being introduced by collaborating with LGBTQ advocacy organization GLAAD. In the past, users were restricted to choosing a preference of  "men," "women," or "both" only.

“We want all of our users to feel empowered expressing who they are while connecting with new people – and we’re always working to make it easier for our users on Tinder. Dating apps are invaluable platforms for connecting the LGBT+ community, and we’re beyond proud to continue our efforts, in partnership with GLAAD, to improve the community’s experience on Tinder.”

The GLAAD organization’s new research found that 80% of LGBTQ adults in their community have benefited from online dating apps and websites.

How does the Tinder app’s new feature of sexual orientation and gender identity work? 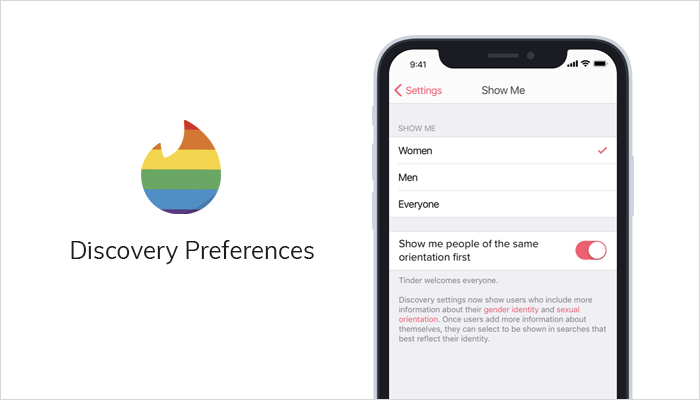 Tinder app’s new features will be available in Canada, U.K., U.S., Ireland, Australia, New Zealand, and India by the end of June 2019. Tinder keeps on updating its app on a regular basis and this might also be the reason that it secured the top position in the category of top grossing non-game app in Quarter 2019, beating Netflix.

Recently, Russian authorities were reported requesting Tinder for the personal data of its Russian based users, including messages and photos.

In its defense, Tinder stated,

“It had registered to be compliant. This registration in no way shares any user or personal data with any Russian regulatory bodies and we have not handed over any data to their government."

Previously, the Telegram app refused to comply with Russian authorities’ requests and in return, the government threatened to block the app.

However, this shouldn’t overshadow the new features of the app that is a big leap towards embracing the LGBTQ community.

For more interesting news related to the mobile app industry, subscribe to MobileAppDaily and if you’ve gotten bored of using Tinder and want to look for alternatives, check out our exclusive article on Tinder app alternatives.