Wolfpack Digital commenced in 2015. The agency, helmed by CEO Gina Lupu-Florian, has done a remarkable job in the field of digital innovation. 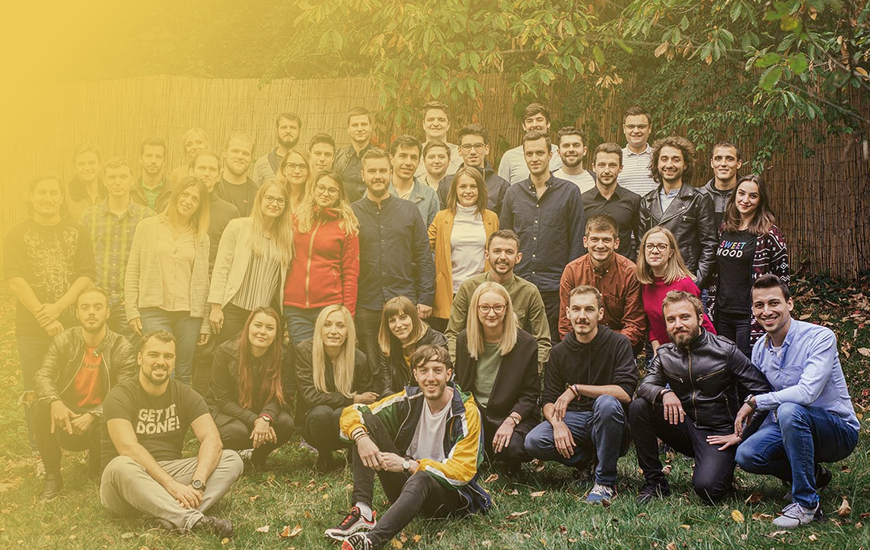 “Give me a place to stand and I will move the world.”
— Arianna Huffington

Businesses today are moving towards a more gender-neutral approach where equity is being considered the foremost aspect when it’s about providing opportunities. While the technology domain is still dominated by men, many young women entrepreneurs are breaking the glass ceiling to emerge as influential business persons. Wolfpack Digital, a Romanian agency that specialises in providing software solutions, is headed by the young Georgina ‘Gina’ Lupu-Florian. Pivoting her career from an iOS developer to being the Software Dev Head and finally instituting her own digital agency, CEO Gina and her team are responsible for bringing Wolfpack Digital the feats it has achieved over the years.

The full-service web and mobile app development agency established in Cluj-Napoca, Romania, commenced in 2015 with steadfast piety of flourishing as a product-oriented company. Wolfpack Digital has excelled as a B2B-service provider in transportation, HealthTech, IoT, FinTech and Social.

Over the last half-a-decade, Wolfpack has honed a team of brilliant tech-heads who wager innovation as the key to a meteoric rise. The company has a bodywide approach towards business strategy and product innovation.

The cross-functional team consists of developers for Android and iOS, web, UI/UX designers, QA testers, business strategists, project managers with a common objective of making the product an integral addition to quotidian priorities. It regularly conducts workshops and seminars to bolster the communication process which it believes to be one of the foremost factors for its success. Effective team-building has been a key focus for the agency, which was reflected when the entire workforce travelled to Rome to celebrate Wolfpack’s fifth anniversary in style.

The multidisciplinary approach towards projects aids it in its journey towards being the most valued strategic partner. Wolfpack offers the most remarkable digital services where reliability is free of cavils.

Wolfpack Digital’s dynamism reflects its tenacity to work differently. It counts itself amongst those limited names which could successfully disengage a few features and functionalities to launch an MVP after receiving positive feedback from a client. This serves as a definite example of how keeping the needs of the customer tops the list of priorities. 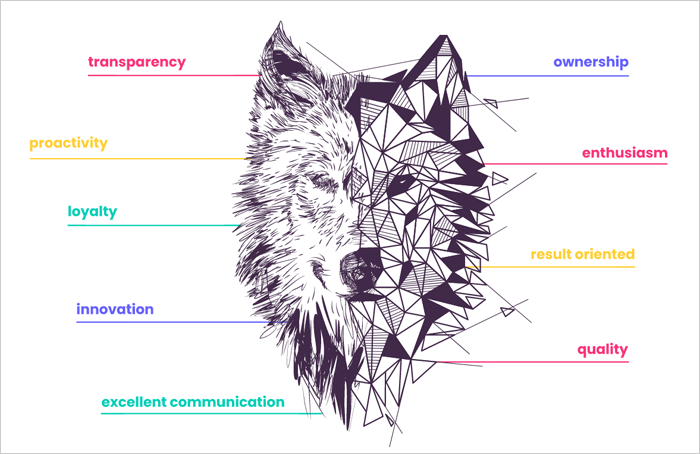 The tenets of Wolfpack Digital. The name is derived from Gina’s name ‘Lupu’ which translates to ‘wolf’.

With creativity being the driving force behind the team’s momentum, it is also known to have a pitch-perfect cohesion on various elements like market size, target audience(s), UX grievances, demographics, etc. All of this has been possible under the aegis of Gina’s supervision who tries to incorporate her erudition on psychology, PR, telecommunications and of course, Information Technology to produce products par excellence.

It claims ‘to hunt’ for the best solutions.

In its short span of five years, Wolfpack Digital has worked with numerous organizations consisting of regulars in the Fortune 500 league, SMEs and startups. It has a highly gratified clientele who have benefited from its services and earned good RoI.

The company gets regularly featured in various outlets that adhere to technological developments in Europe. Some of its media mentions include Forbes, Business of Apps, Ziarul Financiar, Yahoo Finance, Seeking Alpha, Stock House, MobileAppDaily and Digital Business Women.

Wolfpack Digital also believes in personal growth with a competitive mindset as it has frequently participated in various tech events and conferences like Techsylvania, Innovation Labs, BRCC, Startup Safari. Some of the popular events it has partaken in include Techcrunch Disrupt Berlin 2018, Lisbon Web Summit 2018, Slush Shanghai 2019, Techsylvania 2019 and InnovationCamp2020 – Transilvania IT Cluster.

“Since at Wolfpack Digital, we also build our own products and have won awards with some of them, the plan is to keep investing in our internal startup division and bring and grow these products on the market.”
— excerpt from Gina’s interview with MobileAppDaily

Comprehensive and continuous vertical expansion is currently the objective of Wolfpack Digital as with each year, it gets more conscious than ever about the type of projects and collaborative efforts it should invest in. The company aims to forge long-term relationships with its customers. Apart from external challenges, it is also optimising internal processes, growth management, and team consolidation.

The company is also working progressively on humanitarian grounds, like empowering female employees in the community via Women in Tech Cluj. It is also making people acquainted about deforestation via technology with its green initiative, ‘Wolfpack Loves Nature’. Wolfpack Digital had earlier partnered with WeRecycle to promote eco-friendly practices in its workplace.

While women in business are getting all the fame and glory that they achieved, the ever-growing success can be best represented in numbers. Reports suggest that in the United States, more than 11.6 million firms are women-owned, which had generated $1.7 trillion in sales by the end of 2017. Of these, 5.4 million firms are owned by women of colour. Such facts reflect how dynamic leaders like Gina Lupu-Florian are paving the way for future female entrepreneurs to keep dreaming big and spearhead their own agencies like Wolfpack Digital that serve as a textbook for technological and cognitive innovation.

PREVIOUS Why Software Projects Fail, and the Traps You Can Avoid That Could Spell Disaster

NEXT What does a VPN Do to Protect Users’ Privacy and Anonymity?