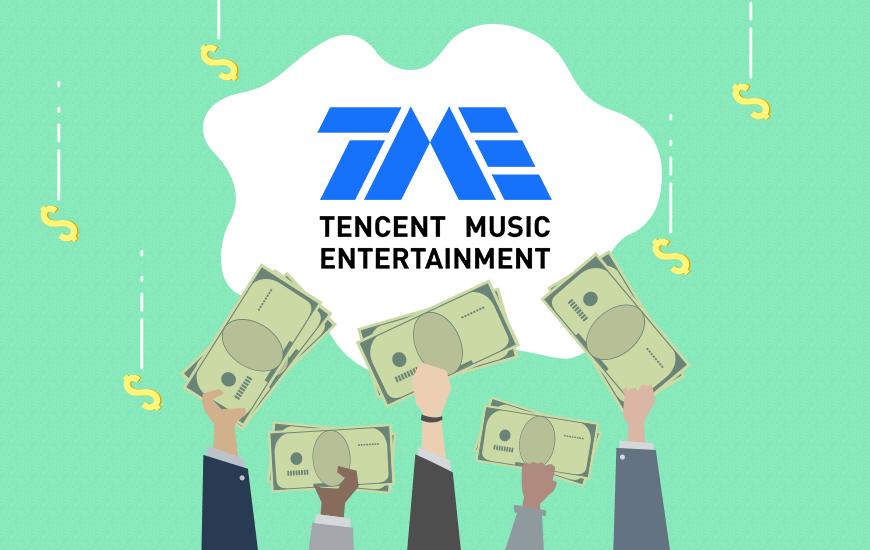 China-based music streaming giant, Tencent Music raises $1.1 billion in its U.S. Initial Public Offering(IPO) after evaluating its shares at the bottom of the marketed-range.

With more than 800 million monthly users, Tencent Music valuation is at $21.3 billion as reported by the IPO, falling short of $23.3 billion valuation of Spotify Technology SA, which is also an investor in Tencent Music.

Initially, Tencent Music planned to launch the deal in October but later postponed because of a sell-off in global markets churned by a U.S.-China trade war.

Vey-Sern Ling, an analyst with Bloomberg Intelligence, vocalized his response about the pricing,

“The pricing is primarily due to weak general market sentiment. The secondary reason is market skepticism about market streaming platforms, due to poor experience with Spotify, which is below its IPO price.”

Adding to $8 billion raised in the U.S., it is the highest amount since 2014, when Alibaba Group Holding Ltd. priced the IPO at a record of $25 billion.

By deal valuation, Tencent Music’s U.S. IPO is the fourth largest among other Chinese firms this year. Leading the queue is iQiyi Inc, a video streaming company with $2.4 billion listings, followed by online group discounter Pinduoduo Inc at $1.6 billion and vehicle maker NIO Inc at $1.15 billion.

“Investors do not understand fully that Tencent Music has a very different business model than Spotify, which allows it to make sustainable profits.”

Tencent Music will begin trading on the New York Stock Exchange on Wednesday under the symbol ‘TME.’

PREVIOUS The Impact of Technology On The Translation Industry