Facebook has previous records of sharing user’s data. However, they are now encouraging users to voluntarily share their data. What a move! 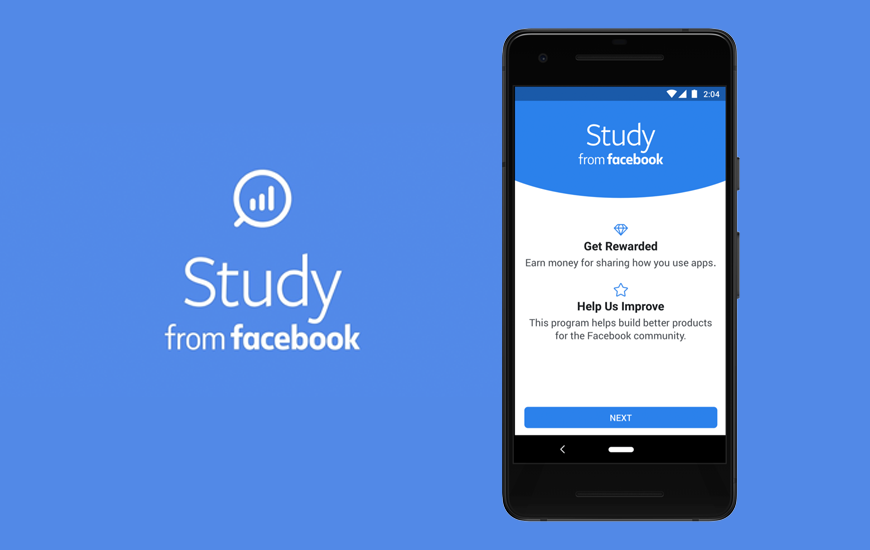 Study is a new app by Facebook that will pay users for sharing their data on personal usage of various apps, with their consent.

Facebook announced in its blog post that the new market research app, Study, will report to the company about the apps that users have installed on their phones, the time they spend on the apps installed, what they do on them, their location, and the type of device they use.

According to Facebook, the data collected from the users will aid the company to develop its own product.

The new Facebook tracking app will initially release on the Google Play Store and the iOS version is expected to come later. Anybody from the U.S. or India above 18 years of age can sign up and does not necessarily have to be a Facebook user. 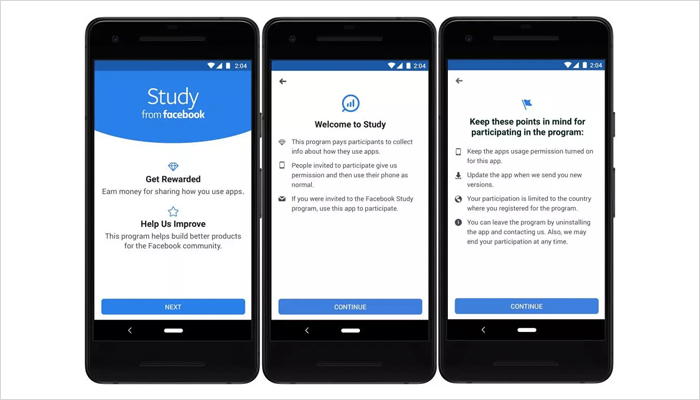 The launch of the Study app has come nearly four months after Apple accused Facebook of paying the users for sharing data through a similar app it created earlier. Later, Apple banned the app from its App Store, forcing Facebook to shut down the app for iOS and Android users.

Apple explained that the previous Facebook tracking app violated its policies as it also used to target the users as young as 13 years of age.

However, this time, Facebook promised that the new tracking app, Study, will be fully secured and transparent about its collection of data.

“We’ve learned that what people expect when they sign up to participate in market research has changed, and we’ve built this app to match those expectations. We’re offering transparency, compensating all participants, and keeping people’s information safe and secure.”

What is the Procedure of Signing Up For Study?

Facebook will run ads to attract people to participate in the Study program. With the help of these ads, users will be redirected to the registration page. Then, if they qualify for the market research program, Facebook will send invites to download the app. The invitation link will take participants to the Google Play Store listing from where they can finally download the app.

How Does Study Work?

What Type of Data Does Study Collect?

The company hasn’t yet revealed the amount it will give to Study’s users. The launch of this program is a bold move by Facebook. After having faced anti-trust regulations and being accused of leaking user’s data, they are using their big wallet to reward users for sharing their personal data.