AT&T’s ‘5G E’ icon is being displayed on iPhones and iPads since last month. 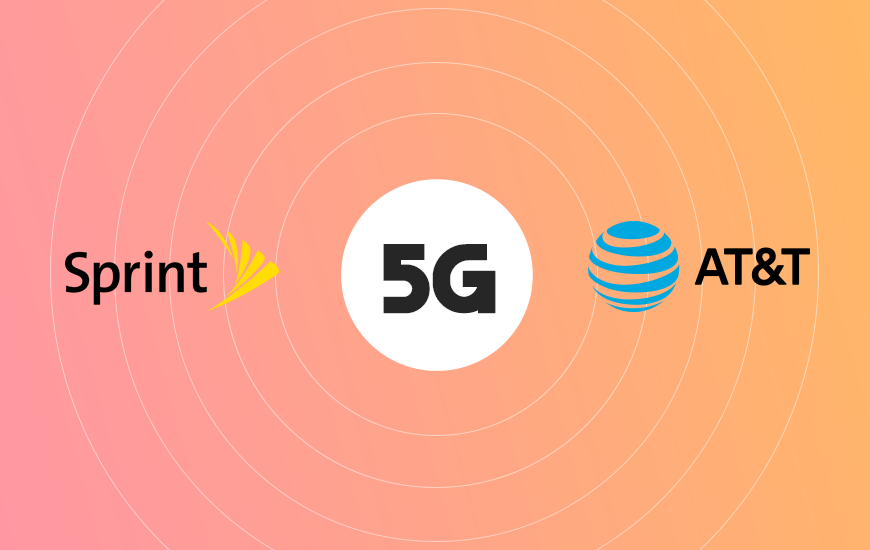 A couple of days ago, Sprint Corporation, the American telecommunications company, slapped a lawsuit against AT&T for the use of ‘5G E’ icon on iPhones and iPads running the latest iOS beta.

According to Sprint, 5G E icon that is being displayed on the devices running on AT&T is just a marketing gimmick from its rival is just the advanced 4G LTE service that is already available in the market since long.

In a new turn of events, Sprint made it a point to take this battle forward by publishing a  full-page ad in The New York Times by calling the marketing tactics played by AT&T as a bluff and a “false and deceptive marketing campaign.” 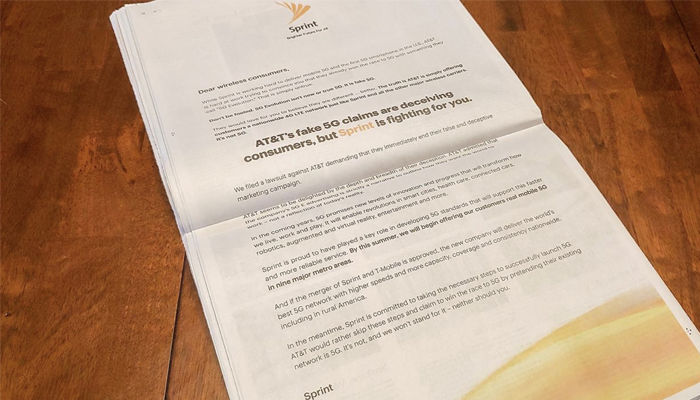 The Sprint’s lawsuit is backed by a study that found out almost 54% users believed that 5G E was similar to 5G service and 43% said that if they bought an AT&T device, it would be 5G compatible.

The ad in the NYT read,

While Sprint is working hard to deliver mobile 5G and the first 5G smartphone in the US, AT&T is hard at work trying to convince you that they already won the race to 5G with something they call “5G Evolution.” That is simply untrue.

Don’t be fooled. 5G Evolution isn’t new or true 5G. It is fake 5G. They would love for you to believe they are different… better. The truth is AT&T is simply offering customers a nationwide 4G LTE network just like Sprint and all the other major wireless carriers. It’s not 5G.”

On the other hand, Sprint is trying everything to deliver 5G services in nine major metro areas in the next few months. Considering this, Sprint is fairly playing its part to take down its possible competition and especially, the fake ones.

As per our analysis, Sprint’s claim on the fake 5G service is right because the services being offered by AT&T under the 5G E name uses 256 QAM, three-way carrier aggregation, and 4x4 MIMO. And all these technical terms are a part of the existing LTE-Advanced standard.

NEXT Best Shopify Dropshipping Apps To Try In 2020

Do You know How Much Google Pays For Its Pre-installed Apps on Your Android devices?

In February 2018, Google has made the online payments a lot easier. The organization announced its combination of different payment approaches into a unified brand, Google Pay. The team is planning to roll out the updates to offer you more with it.Now, you can pay friends, save boarding passes a

Emails were introduced as a quick medium for communication across the world, however now it was replaced by messaging apps. But, still, emails holds the significant importance in the professional world where people communicate with each other. Moreover, there is one feature of email that most of the