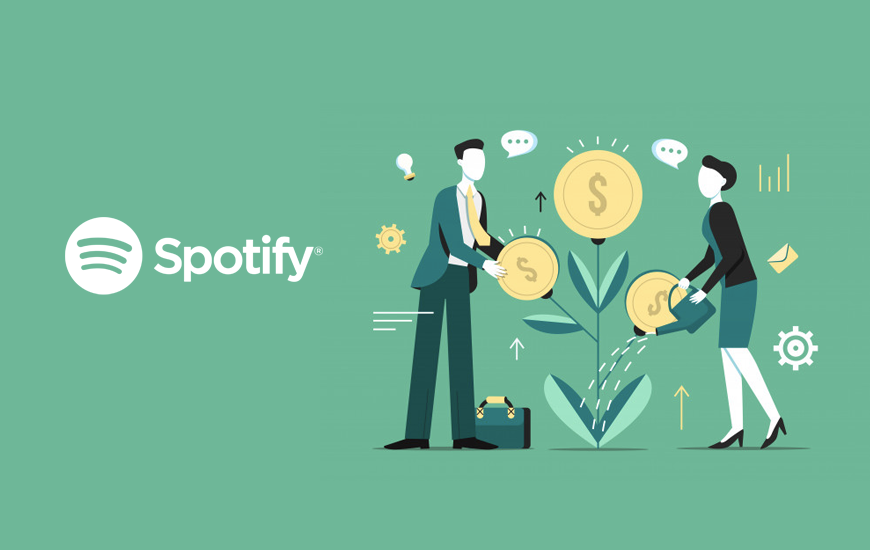 Spotify, the world’s largest hi-fi music streaming service, has recently revealed its Q1 figures. Spotify has reported 100 million paid subscriptions, up by 32% as compared to last year, and a total of 217 million subscribers across 79 markets globally. Since its advent in India in February, Spotify has gained 2 million subscribers within a month.

Even with this much growth in subscribers, its financial picture still doesn’t look good. Though its $1.68 billion sales revenue exceeded analysts' estimates of $1.64 billion, its earnings per share seem to have taken a hit.

It has also revealed that it has invested $400 million in the acquisition of three podcasts during this period, $56 million for Parcast, and $344 million for Gimlet Media and Anchor FM both. The combined purchase is stated to be roughly equivalent to Spotify’s cumulative cash flow during the last three quarters.

That’s why Spotify’s partnerships, which helps in bringing more paid subscribers, continues to be the most significant part of Spotify’s business model.

According to them, the promotions with Samsung and Google Home Mini, and the reduced bundle price of $9.99, sold with Hulu, had a great impact on the strong revenue performance.

Spotify’s shares are also up by 5% in pre-market trading. The growth in the next quarter and the rest of the upcoming year is expected to continue at the same rate and might help to even out its losses ultimately, though not in the next year only. To know more about Spotify in-depth you can read out our blog on "Spotify Statistics"

If you are interested in reading more about Spotify, you can check out our detailed review of Spotify App.

Gone are the days when just by using a combination of numbers and special characters, your password becomes secure. And for God’s sake, stop using ‘password’ as your password. Nowadays, with the rise in data breaches, the popularity of password managers, like Dashlane, has increase

After Apple, its Facebook that will be developing its own chips for the devices says, company job listings. The social media giant is hiring the employees for the chip development and posted the hiring details on its corporate website. Facebook will be the latest one to adopt the in-house chip makin