Screen sharing and other useful tools added to the mobile version of Skype. 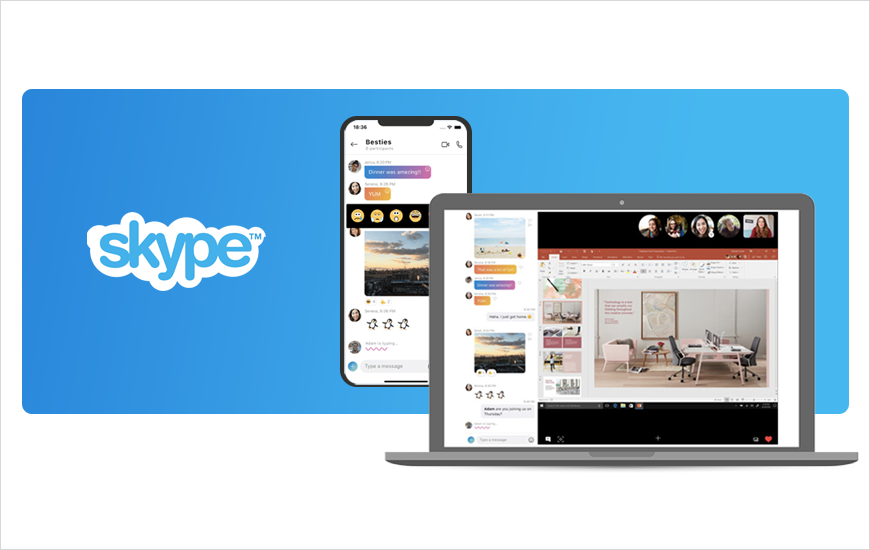 Skype users, there’s good news! The most demanded feature, earlier present only in Skype desktop, is now available for smartphones. Skype screen sharing, which was earlier available for beta testers is now on Android and iOS for regular users, as well.

No need to reach for your laptop! Now you can share your screen from your mobile device while on a Skype call. Learn how: https://t.co/qWTX5jnc3H pic.twitter.com/HeR1sv6dQS

Adding Skype screen sharing on smartphones can be useful for users as it will allow them to share presentation and get it reviewed at the same time. Also, this feature can be used for personal purposes such as guiding friends to set up something and helping families with smartphone problems. It can also be used as a fun and helpful tool that allows your friends to view your Tinder matches and give suggestions.

Mobile Screen sharing was under beta testing before it was available to all smartphone users.

Skype also updated its UI. To use this new feature, users will have to tap newly added “..” (more), which will pop a menu open featuring Skype’s screen sharing option. This is where users can also see the newly added features, such as call recording and subtitles.

In this new version, Skype has redesigned the calling screen that allows you to hide call controls with one tap and the second tap hides all other controls to give an uninterrupted full display video call.

To stay updated and in competition with other video calling apps, such as WhatsApp, Messenger, Snapchat, or FaceTime, Skype introduces new features frequently that attracts over 300 million monthly users. In 2018 skype came up with an optimized version, which supports lower end devices.

The new feature of Skype is available for Android 6.0 and higher, and also on iOS 12, and higher. Users will have to update their app to the newest version.

PREVIOUS How to Improve Code Quality in DevOps in 2021?

NEXT How to Put an App on the App Store: A Step-By-Step Guide

Google’s highest priority is to keep its customers safe, shelling up to $100,000 for a single vulnerability report. Though there are several hackers who’ve assisted Google in filtering its Play Store from malware and bugs, one startup, in particular, caught my attention. Introducing Hack