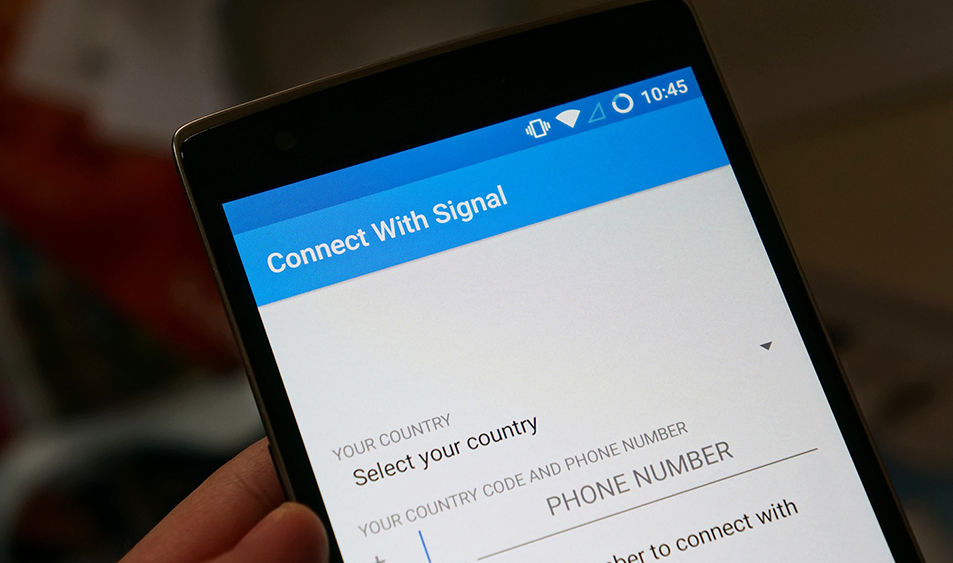 Unless you are living under a rock and don’t use technology, you know about Whatsapp and the encrypted messaging system it entails. But have you ever wondered what about your privacy rights on the most important information of all- your contacts? Sure they claim to not share this information with any third party agents but, so can I.

What if I told you there’s a messaging app that’s made its sole mission to secure users data even from its own access. Introducing Signal, a messaging app that not only encrypts your data but ensures that it's not stored in the server’s database, so even if hackers or FBI snooped into their system, your information is impossible to find. The news gets bigger and better as according to their latest update the new security provisions will make third-party access impossible even for your contacts. Intel’s new Software Guard Extensions (SGX) offers a unique key to the codes that can only be accessed by Intel and not the device owner and its unique feature of “secure enclave” allows the user to ensure that there have been no changes made in the signature code given to them.

The app is developed by Open Whisper Systems, a San Francisco based nonprofit that works on not so disclosed affairs with Facebook and Google. It even allows Android users to send SMS or MMS messages to contacts that don’t have the same app but these messages are not encrypted. The open source app is determined to prove its security standards and has left the virtual code for analysts and experts to find potential flaws and proudly boasts of their failure. If you think this means hackers can access it too and all I just said was a lie! Know that the code is virtually uncrackable so you can rest assured that given the technology we have at the moment, the code is uncrackable. The app has been approved and appreciated by a band of an international research team consisting security experts from the University of Oxford, Queensland University of Technology and McMaster University and claim that there are no flaws in the messaging app. Some of the big names that recommend the app are Edward Snowden, Matthew Green- a famous cryptographer at John Hopkins University have only high praises for the app.

The app has been downloaded 5 million times in Google Play Store and is used by security officials and politicians including Hillary Clinton whose campaign uses Signal for all its communications.The no-compromise data encryption provided by Signal is widely debated by the experts. For the app keeps no data of its users surely grants inaccessible privacy but also can hinder potential criminal investigations for security purposes.