How React Native Holds the Future of Hybrid App Development in 2021?

React Native is a cross-platform that offers unprecedented features for mobile app development. 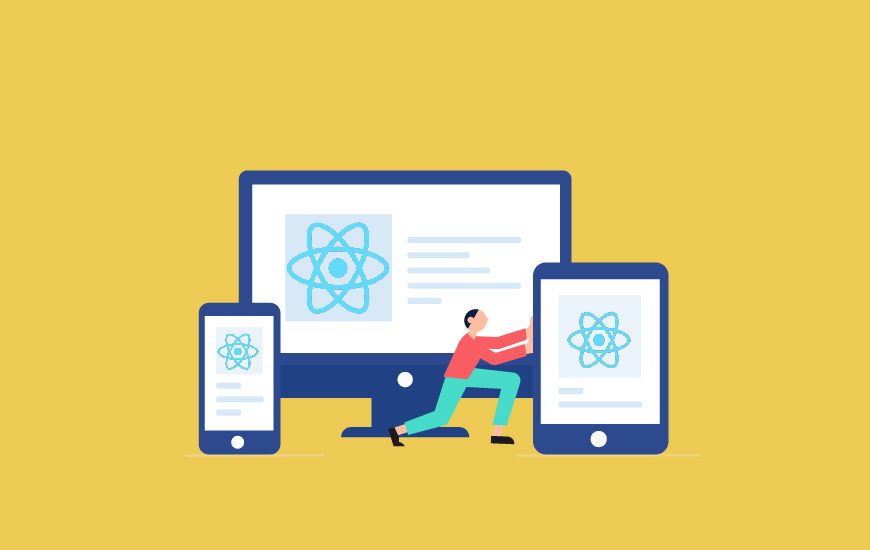 Mobile app development has reached on such a level that every developer looks out for ways to shorten development cycles, better performance, and quicker deployment.

The days are long gone when business houses had only one option of developing an app, that was the native platform. With hybrid mobile apps in the fray, the dimensions of app developers have taken an upward turn.

Developers are looking more towards a single app that can cater to user experience, as well as all the device platforms. And here comes the role of hybrid apps through the React Native framework. Mainly, hybrid and native app form the core of app development, but with better flexibility, hybrid apps are used more as compared to native apps.

It's almost two years now that the React native was brought forward, but in these two years, the tech has convinced the web community in such manner that the search for ‘React Native’ is more than ‘iOS development’ and ‘Android development.’ 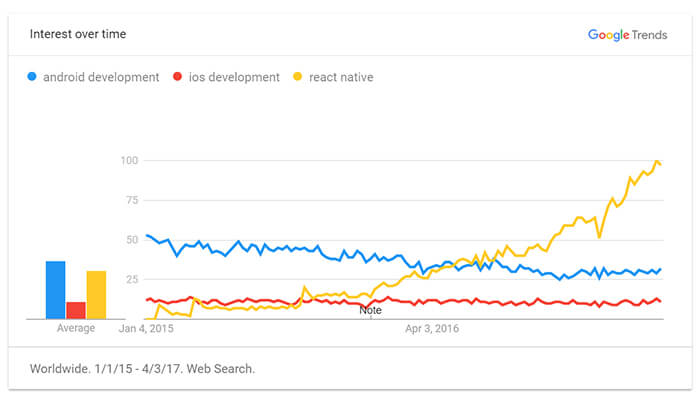 The most crucial aspect remains the presence of Android and iOS. Both these platforms make 80 percent of the total share in the mobile place. And due to the composite demands of the users, developers are made to develop hybrid apps, as such apps can run on multiple platforms.

With React Native, mobile apps can be built using JavaScript and use the same design as React, which ultimately results in rich mobile UI from declarative components. Top companies like Instagram, Pinterest, Skype, Uber, Tesla, and many others are developed using the React Native framework.

What Makes React Native a Top Pick for App Development

The following are the points that give React Native an edge over other frameworks like Flutter:

React Native lets you build your app faster. Without wasting time in recompiling, you can reload your app instantly. With Hot Reloading, you can even run a new code while retaining your application state. So, React Native app development is way easier and simplifies than the rest.

The best thing about React Native is, it lets the developers reuse the code that is already written for other OS. It will further help in saving a lot of effort and time. Companies don’t have to engage multiple developers to work on the same app for multiple platforms. 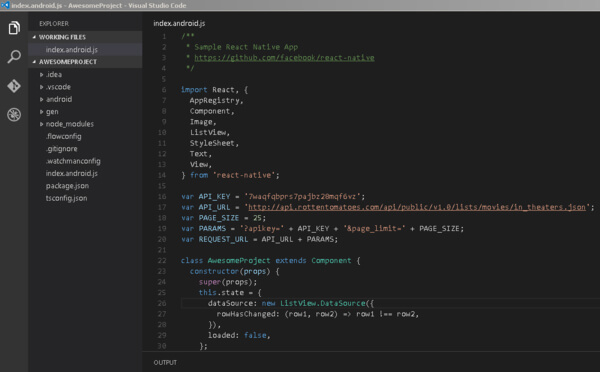 A user can be retained by the experience he will gain on the first click. If the user interface of the app looks shoddy and doesn’t comply with what the user had expected, it won’t take much time before the app sees the uninstall option.

On the other hand, the enriched user experience will convince the user to keep the app for much longer. React native offers flexible compatibility with the platform and thus makes it more interesting. 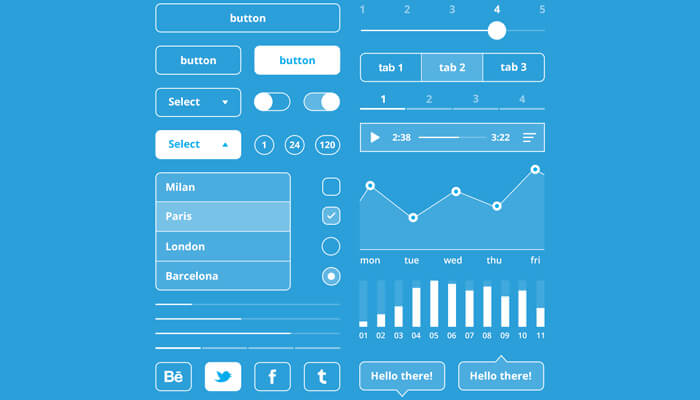 The best thing about React Native is that it is UI Centric. React Native framework can make the UI more responsive, and minimize loading time as compared to hybrid apps, which further enhances the user experience.

4. Compatibility with a third-party app

React Native offers better blends with third-party apps that result in the smooth and efficient performance of the apps. For instance, React Native lets the developers to integrate with the native module, allowing the inclusion of various functions of the device.

Furthermore, CSS layout offers the developers to state margins, height, and more. In between all this, the app developers can create at will, without taking the browser compatibility into account.

There is no doubt about the credibility of the React Native’s future in mobile app development. With its diverse and flexible platform, React native has embraced the market well.

NEXT Get Your New 'Lucky' Pokémon In The Pokémon GO

The Rising Demand to Hire Mobile App Developers in 2022

The world is fast-forwarding towards a digital era where everything is connected to the internet and vice versa. Things nowadays happen at the finger tap of the screen. “What You Experience is What You Get.“~ (WYEIWYG, the alternate version of WYSIWYG) Ranging fro

The Guide To Improve React Native Performance in 2021

The Guide To Improve React Native PerformanceImprove react native performance with these steps to maximize the user experience!React Native development trend has already gained a lot of popularity since its initial release. Developers love this framework because it provides speed, and enhanc