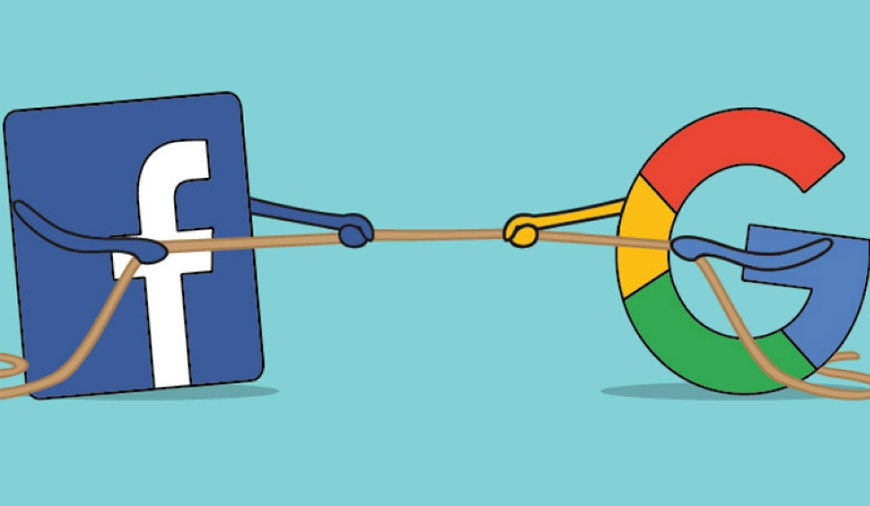 Google and Facebook, these names have carved their own brand in the silicon valley due to their relentless efforts in tech and innovation. Both these companies are in direct control of eight out of top 10 internet services and ranks among the five largest companies in the world. These figures clearly put light on the fact that how much of data and user base comes under the hood of these two companies. Sadly, there is also no doubt on their indulgence in the unregulated collection and use of personal data.

The infamous data theft by Cambridge Analytica uncovered the least known security flaws that were hanging on us since long. Right after getting hit by the security breach allegations, Facebook swiftly turned to damage control mode and its Chief Privacy Officer, Erin Egan and VP & Deputy General Counsel, Ashlie Beringer issued a statement, “Last week showed how much more work we need to do to enforce our policies and help people understand how Facebook works and the choices they have over their data. We’ve heard loud and clear that privacy settings and other important tools are too hard to find and that we must do more to keep people informed. So in addition to Mark Zuckerberg’s announcements last week – cracking down on abuse of the Facebook platform, strengthening our policies, and making it easier for people to revoke apps’ ability to use your data – we’re taking additional steps in the coming weeks to put people more in control of their privacy. Most of these updates have been in the works for some time, but the events of the past several days underscore their importance.”

These facts clearly highlight the snags that accompany privacy policies of the internet services. By keeping a close tab on the regulations and practices of such companies, we can strengthen the user experience and trust. If not much, Privacy policies will further push them to stay answerable at the global level and this will ultimately lead to the more secure environment.

NEXT Facebook Will be Coming With Avatars, A Clone Of Snap's Bitmoji

Google’s Android has certainly revolutionized the smartphone landscape right from its inception. With a host of Android mobile apps, the operating system has taken the mobile app development industry by the storm. Since the release of the very first Android version, it has become a favorite op

Steps To Install AppValley App Installer On Your iPhone

Joining the long and growing list of third-party app installers is AppValley. With tons of iOS apps, modified and tweaked apps and games, Cydia tweaks and a whole lot more on offer, AppValley has support for Android as well as iOS and is completely free to use. Get all the details right here.How